Practicing the Grace We Have Received

Practicing the Grace We Have Received 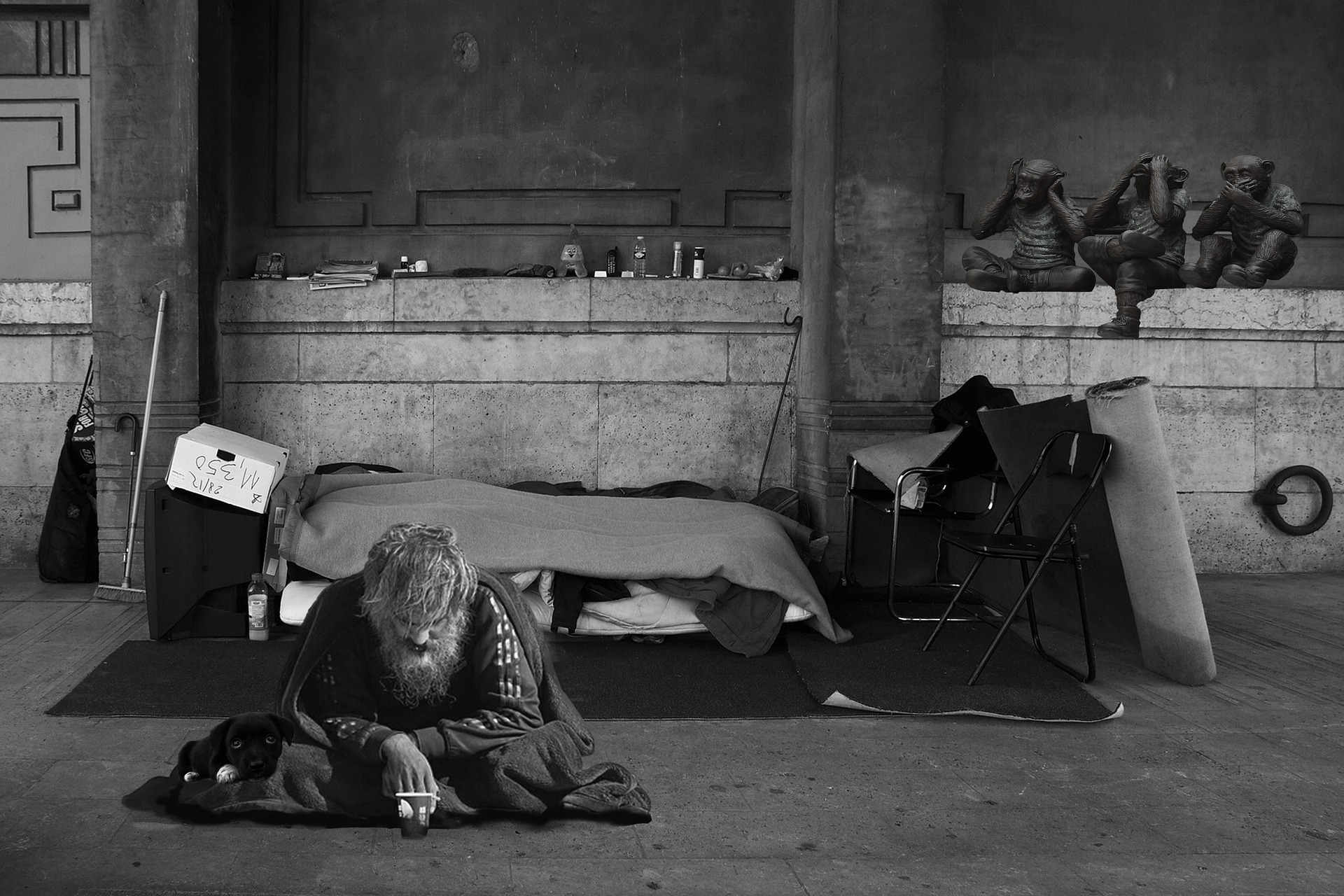 Then the righteous will answer him, ‘Lord, when was it that we saw you hungry and gave you food, or thirsty and gave you something to drink? —Matthew 25:37 (NRSV)

When I took a group of students down to a homeless shelter in Washington, D.C. some years ago, I fell into a conversation with a young man who was living and working there. His father was a professor at Yale and this fellow had grown up in ease, if not luxury, and had gotten an Ivy League education for free. I wondered what kept him there, working day in and day out, never getting a word of thanks from those he helped. I wondered because I had just witnessed a homeless man, clutching his coat around him in the January chill, roundly curse out my acquaintance as he served him soup in the gathering shadows outside the row house on Euclid Street.

“Do they ever thank you?” I asked. Kevin stopped for a moment and thought, and then shrugged. “Not really,” he said. “Why do you ask?” He leaned forward to ladle soup into an outstretched bowl.

“Because I wonder what’s in it for you,” I said. “Why do you stay, considering the kind of upbringing you had? You could be anywhere else, doing whatever you want.”

“I am doing what I want,” he said. He frowned, puzzled. “It doesn’t matter whether they thank me or not.”

I persisted. “But you see the same people day after day. Nothing changes for them. Why do you keep at it?”

The story Jesus tells in Matthew 24 is about Judgment Day. All the nations are gathered in front of the Son of Man who sits upon his throne. He divides them up, some on his right side, some on his left. The writer calls those on the right side “sheep” and those on the left he calls “goats.” Those hearing the story must have understood the analogy because there is no explanation why sheep are preferred over goats as moral exemplars. Since we probably derive most of what we know about sheep and goats from this and other stories in the Gospels, we have to find the meaning for ourselves. And there are two things that are intriguing in this story.

The first is that the list of good actions taken by the sheep is repeated—once with approval by the king and again in puzzlement by the sheep-people. In fact, when we get to the goat part the list is again repeated, this time as actions not taken by the goats (to the disapproval of the king) and their anxious query: Tell us again when we didn’t do these things for you? The actions are important to the writer and to Jesus. Feeding the hungry and thirsty, taking in the stranger and clothing the refugee and the displaced persons, being with the sick and those forgotten in prison—these are the actions which separate the sheep from the goats.

This is what we are to do, all of us, from all the nations. Not just those from churches, mosques, and temples, but just people. They are designated not by religions but by nation-states and cultures. And what separates the nations is not creeds of beliefs or political ideologies or even economic prowess, but how well they take care of those pushed into the shadows and left behind.

The second thing that intrigues is the apparent blindness of both the sheep and the goats to their actions. Both are genuinely surprised at the judgments of the king. The sheep can’t remember doing anything of the sort and the goats are anxiously raking through their memories, trying to think how they could have overlooked something so obviously to their advantage. Both were unconscious of their actions and therein lies the meaning of this tale.

The first is unconscious incompetence, the stage in which we are blithely unaware of our rampaging incompetence. We don’t even notice the trail of missed cues, trampled symbols, and outright weirdness on our part. Somehow, through the grace of God and the graciousness of others, we are spared the humiliation of being called out in public for our sins of commission and omission, and we live to err another day.

But then someone might kindly take us aside and clue us in to what we’ve missed and now, embarrassed but determined, we follow the actions of others like a cat on a laser-pointer. We are focused and aware, but we still make mistakes that can only be lived through and learned from. We are consciously incompetent.

The third phase comes through practice, patience, and imagination as we become consciously competent in our communication with others. While our actions still demand our attention, we have the experience and the confidence to handle most situations that come our way.

In the final phase, rare but not impossible to attain, we are unconsciously competent. We have watched, listened, followed, and learned to the point where we no longer have to decide every action. The situation gives rise to our response. We act in the right way at the right time for the right reason and with the right result. It is so much a part of us that others may describe it as our ‘second nature.’ 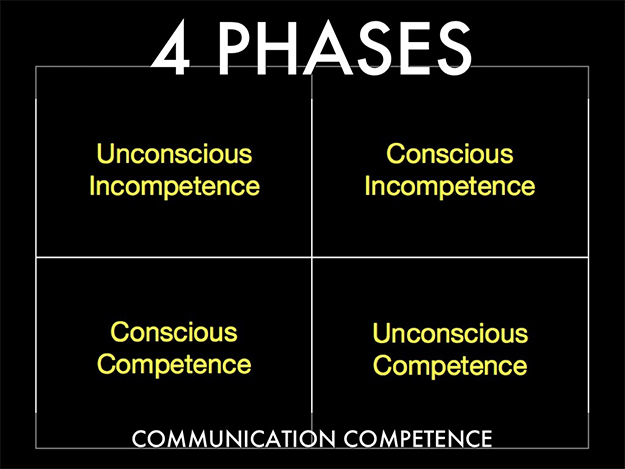 This is what Aristotle called virtue, the habit of choosing the right action between the extremes of excess and deficiency. Finding the sweet spot between them is neither formulaic nor precise, he said. Ethics is not like mathematics and we should recognize this for ourselves and others. Cut some slack, he said, this kind of thing takes a lot of practice. It’s not enough to self-consciously act appropriately one time and feel we’ve done our duty, for “one swallow does not a summer make.”

This is what Confucianism and Taoism call wu wei, “action-less action,” that which requires no effort on our part because we have practiced. The body and muscles retain memory, just as does our conscience. It is what Jesus calls “walking in the Way.” Aristotle thought it would be best if we started early in life on this and Hebrew sages encouraged parents to train up their children in the way they should go and when they were old (adults) they would not depart from it.

We do depart from it, of course, and quite frequently. Just as the sheep can learn the unconscious competence of virtue through practice, the goats can learn the unconscious competence of vice in the same way. This is what flares up into deadly force between people and roars up into wars. It’s what turns economic policy into weapons against the poor and cuts off those who struggle to speak.

The habits of a lifetime become our character. None of us succeed at this without effort; all of us are capable of behavior that is grace-filled.