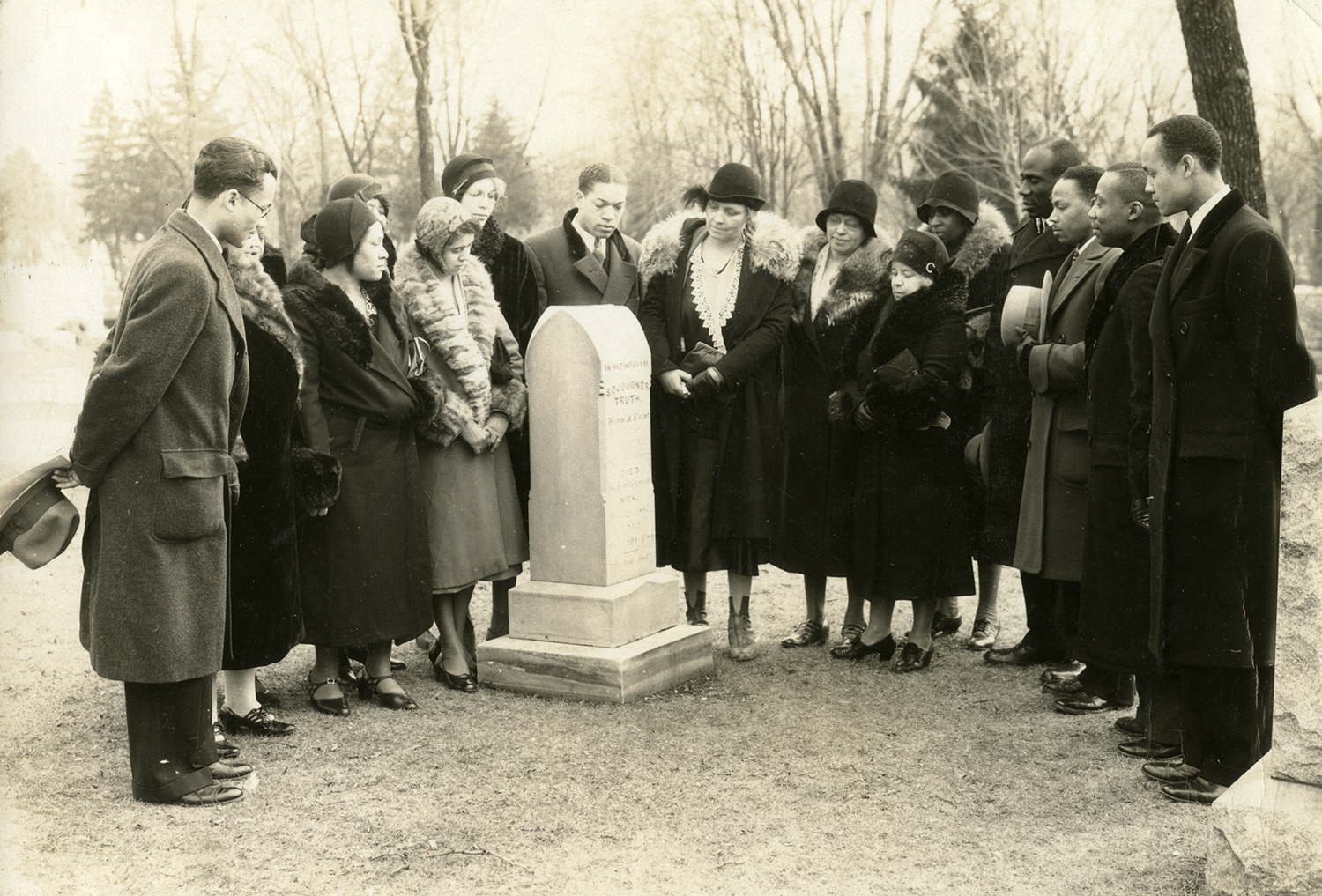 Inspired by Carter G. Woodson, whose life goal was to make black history widely known, in the spring of 2010, I launched blacksdahistory.org, a website with the express aim of publicizing, promoting, and informing on black Seventh-day Adventist history by providing free information and materials. A complimentary YouTube channel was created shortly after.1 Although blacksdahistory.org was founded while I was a doctoral student (that is to say, somewhat impoverished), I never asked or accepted any donations for it. This is not meritorious; it is just something that I strongly believe in and enjoy doing. The only website of its kind, both the main site and the YouTube channel have enjoyed a gratifying amount of success. Allow me to elaborate my reasons for the need for projects like this that are concerned with making black Adventist history known.

Prefatorily, I contend that Seventh-day Adventist history is as “inspired” for us as is the Jewish history of the Old Testament. The ubiquitous hortatory appeals to the Jewish past by Jesus and the apostles to their Jewish audiences underscore this contention, the idea being that God’s interaction with a people and their saga with divinity is spiritually essential for that people’s descendants to grapple with and understand. In this line of thought, Ellen White wrote, “In reviewing our past history, having traveled over every step of advance to our present standing, I can say, Praise God! As I see what the Lord has wrought, I am filled with astonishment, and with confidence in Christ as leader. We have nothing to fear for the future, except as we shall forget the way the Lord has led us, and His teaching in our past history.”2

In the first denominational history, Rise and Progress of the Seventh-day Adventists, author John Loughborough touched on the raison d'être of his effort: “Now, having completed the task. . . . I commit the work to the readers, hoping that, with the blessing of God, the perusal of these pages may be a means of promoting the cause of Christ in many hearts.”3 I find this concept of historiography (doing history: researching, contemplating, writing, speaking it) to be existentially fulfilling in a way that only proximate things can be. Historiography becomes a spiritual act of discovering how Christ related to your spiritual forebears and their responses to Christ. I might add that instead of decreasing scholarly rigor, history as a spiritual endeavor enhances it, and also that doing this type of history is open to everyone as God has related richly to every people.

Zeroing in now, I maintain in this Black History Month of February 2018, that knowing black Adventist history is important for all Adventists in the United States, not just black Adventists.4 Black Seventh-day Adventist history is so wound up with broader U.S. and Caribbean Adventism as to be inseparable and, indeed, incomprehensible, if separation is attempted. Perhaps a forgivable fallacy inherent in Black History Month is that histories can be dichotomized or distinguished, when, of course, they cannot. How can the life of Martin Luther King, Jr., begin to be understood apart from the American “founding fathers,” British imperialism, the Transatlantic slave trade, American chattel slavery, the Civil War, Reconstruction, Jim Crow, homegrown white terrorism, the U.S. government and politics, economics, gender dynamics, etc.? In the same way, black Adventist history is Adventist history in the profoundest sense.5

Unfortunately, black Adventist history—its presentation and historiography—has had to be largely presented in a milieu of race and racism. I have observed, especially in lecturing to millennials, that dwelling on this can be distasteful, and even disruptive, on a number of levels. There are the inevitable awkward responses ranging from “It wasn’t me but my ancestors,” “It wasn’t me or my ancestors,” “I’m sorry for what was done to your people.” During Black History Month, there are the anachronistically passé images of slaves, blasting hoses and snarling dogs, and five or six black notables. To be sure, we should always find new and innovative ways to share the past that has present sensibilities and needs in mind; but people also need to continue to be made to squirm.

In its way, black Adventist history is quintessentially Adventist because it is minority history. Seventh-day Adventists in the United States were not as educated, long-lived, and well-off as they are today. At the church’s incorporation at the General Conference of 1863, we were relatively poor, few in number, and politically unconnected. Our prominent doctrines of a seventh-day Sabbath and an investigative judgment, and with de facto leadership by a woman prophet, made us pariahs among the Protestant and evangelical set, so much so that we were largely considered a cult until, let’s say the late 1950s. In this way, Adventists were the blacks of Christendom, never quite accepted, seen as less than Christian, ripe for job termination, the possibility of persecution always in play. In the 1850s and early ‘60s, Adventists lambasted the American system for the enslavement of blacks, and one senses that the Adventists were not only protesting in theory but also because they knew that the American system would one day be against them as it was against blacks.

Blacks in the nineteenth and much of the twentieth century who converted to Adventism were especially valorous in that to pursue truth they willingly opted for assuming an additional strike against them—this time religion—along with their color, and, for women, gender. In his current ongoing series, historian of black Adventism Douglas Morgan has provocatively wondered why an African American would join the Adventist church for these very reasons.6 This query is accentuated by the reality that blacks were treated as second-class citizens within Adventism during those years. Even an administrator of the stature of George Edward Peters (1883-1965), while a field secretary of the General Conference, could not eat in the GC/Review and Herald cafeteria until March 1949.7 These faithful leaders were the epitome of Christlikeness in that for these and other slights, they dared not tell their black parishioners, lest those weaker in the faith defect because of such hideous treatment. Only a negligible number of blacks (although even one is too many) left the Adventist Church on account of racism; the vast majority stayed and made the church better. Again, black Adventist history is for all Adventists.

Black Adventist history is the clearest mirror that the Adventist Church has ever looked into. Those who speak of the “golden days of Adventism” or “the good old days” are ignorant of the virulent race-based discrimination alive in those very days (not to mention the testimonies of Ellen White, which constantly decry a lukewarm church from its pre-inception to shortly before her death). How do you judge the health, the Christlikeness, the goodness of a church? By how they treated the least of these, those who had no power, clout, or standing. How blacks were treated in our history cuts through the hagiography and triumphalist narratives to show us exactly where we were, what we were. One is forgiven for not being wowed by robust evangelistic numbers while a colored woman is being turned away from an Adventist sanitarium. To extrapolate on King’s dictum, injustice anywhere in Adventism, is a threat to justice everywhere in Adventism.

Adventist Christians propound that we are in the midst of a great controversy, that we are in a life and death struggle with the powers of darkness. Black Adventists have always realized this existentially, not just cerebrally or figuratively. Christ’s crux to the Laodiceans is overcoming, and this is the theme of the Civil Rights Movement in the nation, and the lesser-known one in Adventism. We can truly understand the Lord of Laodicea only by way of suffering, struggle, and pain. Black Adventists proffer Adventists the fruits of suffering.

One thing that immersion in black Adventist history has impressed upon me is the diversity within this tradition. There have been black Adventists who: established the first free medical clinics in a city, which provided free education on STIs, diabetes, cancer prevention, and prenatal care; successfully argued before the United States Supreme Court; were the first among African Americans to earn terminal degrees; were mayors of the largest U.S. cities; have had buildings named in their honor; served as intrepid missionaries in unentered lands; were pivotal figures in the Civil Rights Movement; were astronauts who have travelled in space; were renowned musicians, performing on the world’s illustrious stages, and composing hundreds of original songs; were cutting-edge physicians who performed unheard of medical operations; rose to the upper echelons of political power; initiated city-wide health programs; functioned as presidents and chairs of august educational institutions; appeared in media and influenced the public mind; began humanitarian foundations that are globally renowned; ad infinitum. Besides this, the influence of black Adventists upon this nation and the world has been truly remarkable. While some Adventists may have been too heavenly minded to be no earthly good, black Adventists tended to multitask, engaged in their communities while looking for the better land.

This is to say that black Adventist history is not all a recitation of perpetration of injustice and racism, although the overcoming of that is almost always a subtext, a mercurial leitmotif. The history is exceedingly broad and rich, so much so that any talk I give, to whatever the audience’s mélange of ages, regions, backgrounds, professions, or genders, I can say something from the black Adventist past that is apposite to them.

In conclusion, the study of black Adventist history by all Adventists will move us toward a meaningful unity; enable us to identify with the sufferings of our brothers and sisters; give us a sophisticated understanding of God in our past; instill in us a humility that triumphalism simply cannot bring; inspire us to overcome the multifarious forces opposed to us; give us understanding of where we are today; and impart clarity for the future, which is fraught with the same challenges of the past. Perhaps the litmus test for a heart that has been transformed by the lessons of black Adventist history is for Adventists of any color to embrace it as their very own story.

Image: A group of Adventists pay their respects at Sojourner Truth's grave site at the Oak Hill Cemetery in Battle Creek, Michigan, c. 1935. Courtesy of the Center for Adventist Research.