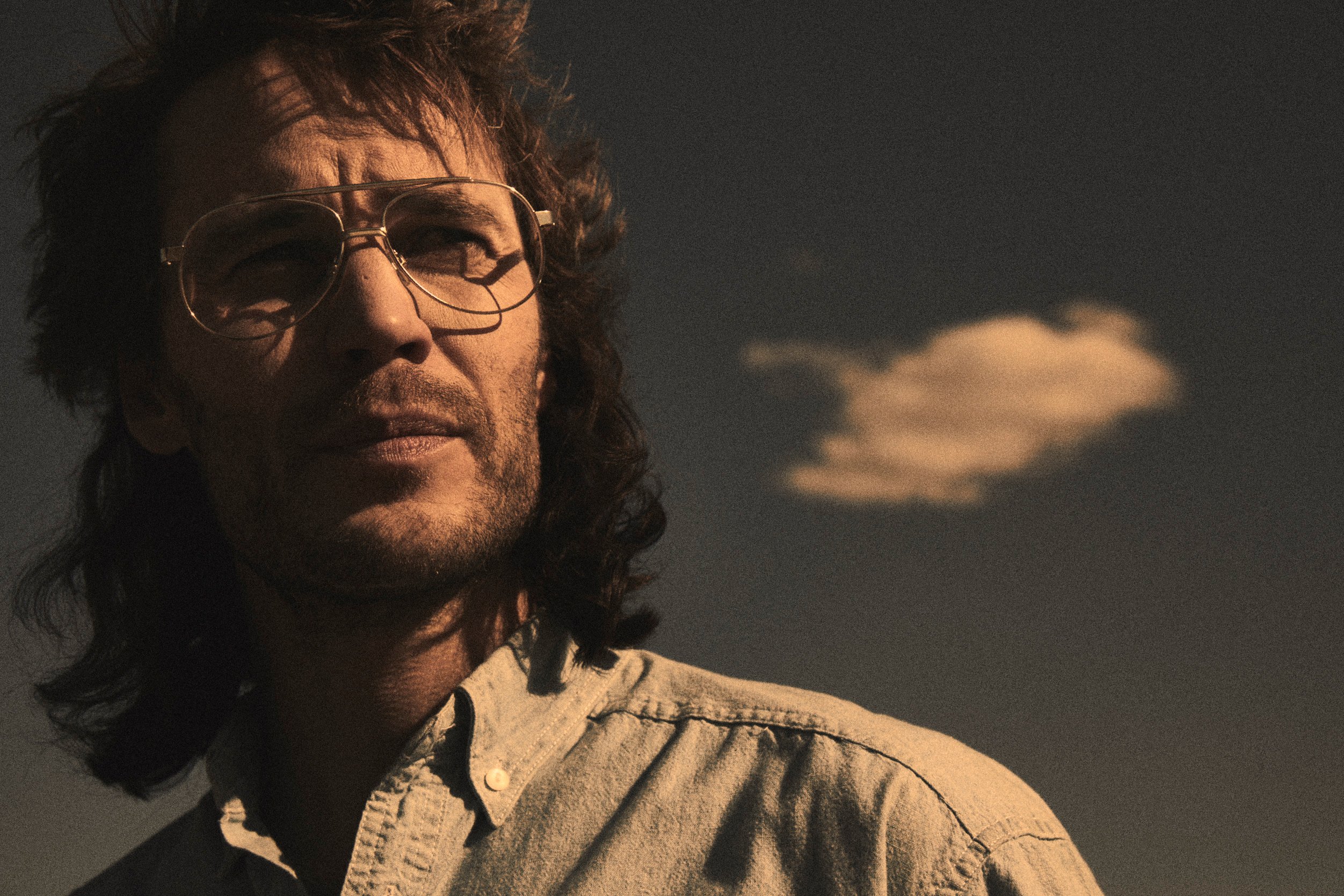 John Milton, in the opening stanza of Paradise Lost, presents his readers with a lofty goal—his desire to try and “justify the ways of God to men.” In the limited series Waco, premiering this month on the Paramount Channel, the task becomes even more difficult, given that the central character in this drama, David Koresh, is a deeply flawed, self-appointed demigod in cowboy boots, and the battle is joined not in some starry nebula in Orion’s sword but on a dusty plain in Texas.

At the time, the true shock for many of us was the realization that the spiritual DNA for the Branch Davidians mutated from as unlikely a source as our own brand of evangelical Protestantism. We had been taught that Seventh-day Adventists were intended to be a peculiar people. But not that peculiar.

I remember vividly sitting in the youth chapel at my home church in Long Beach, my first weekend home from college. The worship leader, having spotted a distinguished gentleman camped near the back, started to introduce him but before he could, the man, with booming radio voice, announced he was simply visiting from the local chapter of the Shepherd’s Rod. As it turned out, the visitor was none other than H.M.S. Richards, Jr., the beloved speaker of The Voice of Prophecy, who enjoyed joking about such things.

I remember being struck at the time by the notion that within my church there apparently existed a kind of Adventist “deep state,” with certain shadowy groups like the Shepherd’s Rod, groups whose ideology, fueled by the prophetic visions of men like Victor Houteff, sowed the seeds for what would become the Branch Davidians.

Historically, depictions of Seventh-day Adventists in the mainstream media have been rare and generally unflattering. Sybil, a 1976 two-part movie for television starring Joanne Woodward and Sally Field, chronicled the story of Shirley Ardel Mason who was afflicted with multiple personality disorder, thought to be a coping mechanism for her bizarre and cruel upbringing at the hands of her Adventist mother. Although revisionists have tended to throw a little shade on some of Mason’s claims, the theme of fanatical Adventist parents (or grandparents) doing emotional and psychological damage to their children, as in the case of celebrated African American writer Richard Wright, has stubbornly persisted.

In recent years, others have fared much better, with Dr. Ben Carson and Desmond T. Doss each receiving heroic treatment in high profile films, which brings us back around to the tragedy that was Waco.

To many, the very name evokes memories of the standoff between government FBI and ATF agents and self-proclaimed messiah David Koresh and his followers at their Mount Carmel compound. As one might expect, the storyline of Waco, which is based on written accounts and interviews with survivors, gets most of its traction from civil and constitutional issues. In the first two episodes, Adventism is barely mentioned, and when it is, it is used for its “mainstream-ness,” to argue that Koresh and some of his followers had traditional evangelical roots, an irony that shouldn’t be lost. How can these people be dangerous cultists, when they started out as Seventh-day Adventists?

Waco early on establishes the battle lines between the government agents, fresh off the botched operation at Ruby Ridge and the Branch Davidians, living quietly below the radar and supporting themselves with firearm and camo vest sales at gun shows, not to mention honky-tonk gigs by a Koresh-fronted local cover band. But, within these groups, there are also subgroups, each with their own story arcs.

The FBI and ATF, more than eager to assign blame for Ruby Ridge, vie for redemption and seize on the compound at Mount Carmel as a fortuitous venue. Koresh, while trying to hold together his flock, faces his own fractious elements, especially among the women, several of whom he has taken as wives.

One of the ground rules for membership in the family is that the men take a vow of celibacy while Koresh, as the self-proclaimed anointed one, asserts his right to be sole progenitor for the group. This, he tells the others, came to him in a vision. It would seem the ability to receive visions, however self-serving, is sine qua non for effective leadership, and what separates true leaders from the hoi polloi. Here’s Koresh, receiving a vision from the Almighty instructing him to claim the young women as sexual acolytes while my recurring visions of grandeur usually involved playing short stop behind Sandy Koufax as he pitched his perfect game against the Cubs.

As Koresh, Taylor Kitsch (Friday Night Lights) bears a reasonable resemblance to the real person, even down to his Barney Fife kind of delivery, molasses-thick with a Texas drawl. Unlike George C. Scott’s portrayal of Patton with a gruff bark, markedly dissimilar from the real General’s somewhat pitched voice, Kitsch sounds remarkably like Koresh. Even so, it’s the ambiguous shaping of Koresh’s character, not the delivery, which seems most problematic in Waco, at least through episode two.

Cult leaders throughout history have succeeded in bending others to their will with an uncanny ability to null out the logical resistance of their would-be followers by a Pied Piper kind of charisma. That charisma can take many forms, from the far-flung fantasies of L. Ron Hubbard’s thetans and SPs to the paranoid victim bonding of Jim Jones to the crack-pot gleam in Charles Manson’s eyes; what develops is near-mystical and pathologically co-dependent relationship between leader and supplicant. By contrast, David Koresh, at least as portrayed, is someone who seems, for lack of a better description, just cloyingly earnest. A kind of Ned Flanders with a mullet.

It falls to those players around him to fill the narrative real estate with superheated arguments about freedom and tyranny, and, as a result, the writing often staggers under the weight of its own didacticism. Take Steve Schneider (Paul Sparks), who when his wife announces she is pregnant with Koresh’s child, responds with a kind of philosophical 12-step response: “If your wife had a chance to marry the Lamb of God,” he wonders aloud, “who am I to hold her back?” Later, when one of the members cautions Koresh about cozying up to Jacob, the ATF agent spying on the compound from across the road, his warning seems oddly prosaic: “David, your heart is in the right place, but you’re opening us up to a whole lot of trouble.” Nuanced foreshadowing it is not.

It’s Koresh, himself, who offers up his own succinct take on Jacob’s genuine question about human suffering. When Jacob questions the reason for his mother’s dementia, Koresh looks deeply into his eyes, searching for just the right pearl of truth to justify the ways of God to man. “It’s a toughie,” he finally offers, as if describing the Sunday New York Times crossword puzzle.

On its production merits, Waco is beautifully shot, with impressive production values, made possible in this era of versatile camera platforms and drones. The casting is generally adequate, given what often seems like surprisingly shallow characters. The Feds are angry and aggressive and stubborn. Even Gary Noesmer (Michael Shannon), the FBI negotiator who serves as kind of a moral compass for the government, can only respond with stilted speeches about government overreach when he’s not grinding off the sharp edges of his conscience with Jack Daniels.

Those few moments in the first two episodes that actually manage to gain some sort of emotional footing occur when dialogue mercifully gives way to poignant silence. When the young initiate David Thibodeau (Rory Culkin) is pressed into marrying one of Koresh’s wives to provide some legal cover and, on his wedding night, sees his new bride whisked away to Koresh’s bed with what amounts to a “thank you for your service” nod from the leader, the true nature of the enterprise is painfully laid bare. It has been said that there is no suitable language to express the deepest of human longings. The look on Thibodeau’s face, held in close-up, as yearning grudgingly gives way to realization, is truly heartbreaking.

So, how does one attempt to justify the ways of God to man? Or, in the case of David Koresh, how does one begin to try and explain those forces necessary to empower a man to draw together a band of people, people willing to lay down their lives and the lives of their young children based solely on his private vision? Unfortunately, the first two episodes fail to shed much light. In the end, I suspect the answer lies less in the gifts of the anointed one and more in the needs of those willing to follow.

This review was written by Donald Davenport for Spectrum. He is a screenwriter, novelist, and La Sierra University graduate.

Further Reading:
New TV Series Premieres for 25th Anniversary of the Waco Tragedy, January 24, 2018
We Didn't Start the Fire but the Tinder was Ours, January 31, 2018