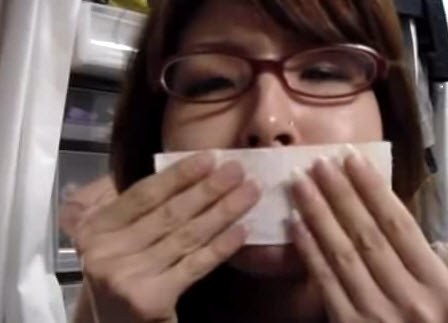 Unless you mercifully chose to unplug for the last week or so, you are well familiar with Donald Trump’s racist, xenophobic, White supremacist comments in the week before Martin Luther King, Jr. Day. I am not here to debate the obvious. We have much bigger problems if we need to debate whether Trump’s statement is racist or expresses White supremacist views. (Even so, I will spend some time laying out the depth of the depravity evident in Trump’s comments.) Now my mind turns to the dilemma that every White Christian pastor (and by inclusion every White Adventist pastor) faces in the wake of these comments.

A slight digression – I think it is important to briefly touch on why Trump’s comments are racist. There are three points to make on this subject. First, in a discussion on immigration, Trump lamented the idea that we accept immigrants from certain countries around the world populated by Black and Brown people and used a swear word to describe those countries. (I really struggled to find a way to say that without using the word Trump used. I will admit that I am wrestling with whether I should use it in this piece and I am currently deciding not to use it.)

The major problem with his statement is not just the use of vulgarity to describe Haiti and the continent of Africa, but the fact that Trump’s mind immediately jumped to Norway as an example of what country would be acceptable to him. If one were not sure about Trump’s White supremacist tendencies when he referred to those countries in that way, the case is closed by him referencing Norway. Second, many of Trump’s defenders cite the idea that while Trump’s language is vulgar, these places are as he described. The logical flaw in this argument is that Trump was not discussing visiting these places, he was discussing people leaving those places to come here. Trump doesn’t seem to acknowledge the difference between where people live and the type of people they are. I surmise that in his mind there is no difference and therein lies the problem. If you’re from that type of place, Trump assumes you are that type of person and so he does not want you immigrating here – and that’s a racist statement when the countries you cite are those populated by Black people. (Found a way to avoid the bad words again there, but I will admit that this sentence loses some of its effect by not being able to use Trump’s language.)

Third, even if it were true that these places are as Trump described, his commentary begs the question of how and why those countries are in the condition they’re in. Racism and White supremacy raped these places of their human capital and natural resources, creating the very conditions that Trump now attributes to the victims as opposed to the perpetrators. That misattribution is racist (or stunningly ignorant) in and of itself.1

Week after week, White Adventist pastors stand in their pulpits and look out onto congregations filled with Trump supporters. The media reported the high level of support Trump has amongst Evangelical Christians practically ad nauseum. I know Trump supporters attend the church I go to most regularly. To be clear, I am not advocating that any pastor tell their parishioners who to vote for or that they chastise congregants for votes already cast. However, we exist in a new (old) day after Trump’s blatantly racist comments.2

I think Christians, and pastors specifically, have to do a better job of establishing the idea that Trump is not the type of human being that any Christian should feel comfortable supporting. As moral leaders, pastors should be willing to help their members reprioritize their political hierarchies, helping them to see how a love and concern for every member of the human family should have pride of place over other self-serving concerns. Moreover, some of these White pastors look out on congregations of mixed heritage. Their words at this critical moment will be even more important. These pastors will be honor bound to defend the people of color that God entrusted to them. To ignore these events because of their political nature sends the wrong message. For the immigrants and people of color who sit in those congregations it may give the impression that the pastor does not care about them and the lives that they lead outside of the church. Or worse – that the pastor shares Trump’s views.

I will admit  - I don’t have much hope for the pastors who have this tremendous responsibility. Unfortunately, up to this point we have mostly seen obfuscation and silence at best. We have also seen an even more insidious option – that pastors will use their pulpits to defend Trump. May God forgive them. At the same time there have been organizations within Adventism who have spoken to these recent concerns – Allegheny East Conference, Andrews University, and a small golf clap to the North American Division, which released a statement that we know is related to this issue only because of the time when it was released.3

Notes & References:
1. Now I’d be willing to give Trump the benefit of the doubt and call it ignorance, except that he has done so many racist things in the past.
2. I say a new (old) day because it isn’t like we haven’t had ample opportunity to discuss Trump’s racism in our churches.
3. To be clear I know of no Adventist church where a pastor defended Trump from the pulpit. There are examples of Christian pastors and writers defending Trump in response to those statements.