Workshop Offers the 96% a Chance to Listen

Workshop Offers the 96% a Chance to Listen 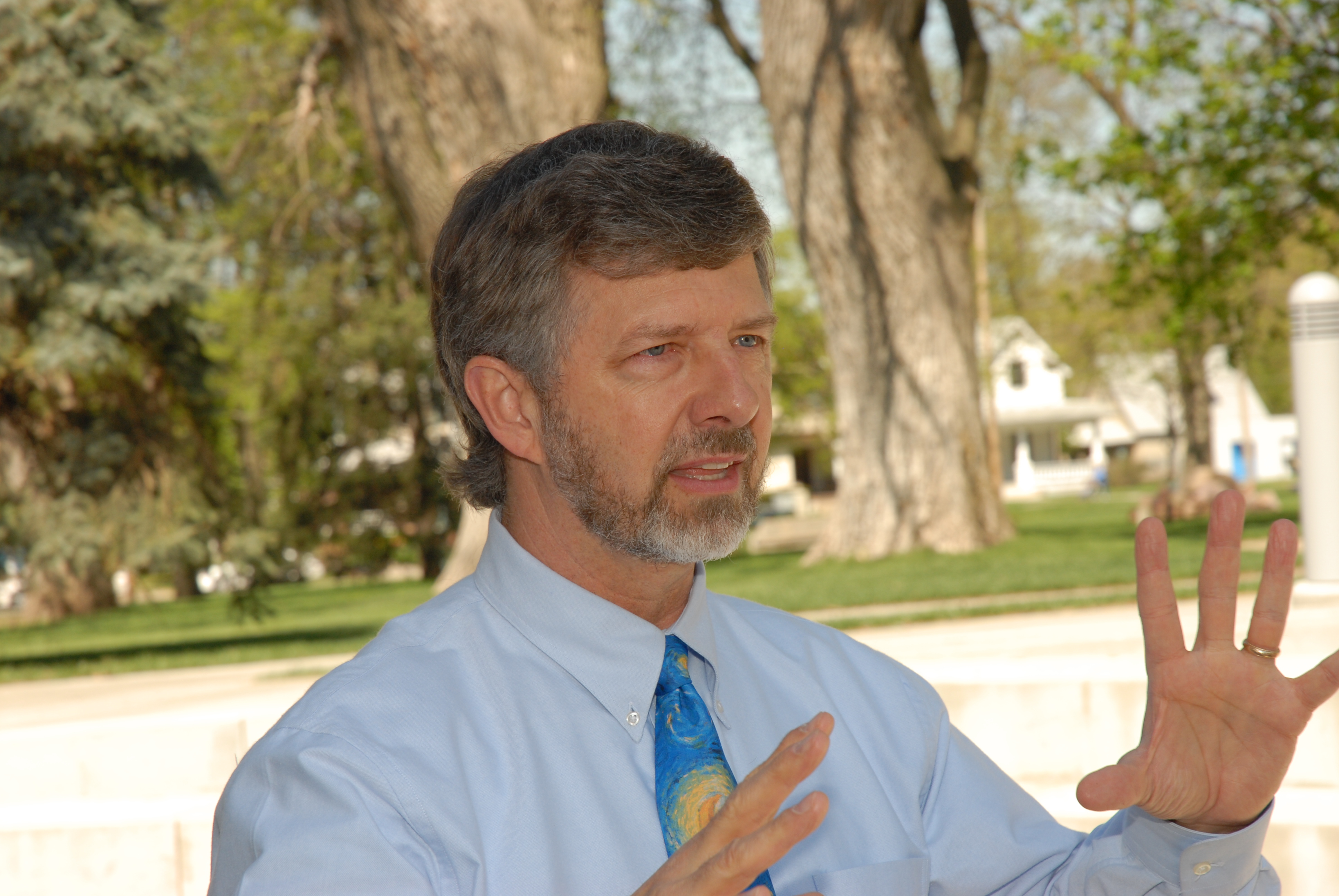 A Sanctuary for Conversation heads to Glendale, California, creating a safe space to ask difficult questions. Chris Blake, recently retired Union College English and communication professor, talks about the importance of precise language, how the workshop came to be, and why people should consider attending.

You are getting ready to take your workshop A Sanctuary for Conversation on the road to Glendale, California on February 3, where you will help Adventists trying to compassionately relate to LGBT+ church members and loved ones while remaining faithful to Scripture. Can you tell us a little more about what the workshop is, and maybe also what it is not?

“We aim to create safe spaces for positive, healing, informed, authentic conversation.” Our agenda is plainly stated on name cards and on the first page of the workbook, and anyone who is not interested in conversation of this sort should give this workshop a pass. Negative, debilitating, ignorant, inauthentic conversation can be found just about anywhere these days anyway.

Directly beneath the agenda on that first page you find: “This workshop faithfully follows the Holy Bible and honors the current position of the Seventh-day Adventist Church.” The workshop isn’t interested in promoting same-sex marriage or bashing Adventism. This is a space where people can grow in their understanding by listening to an Adventist mental health professional, two young adult LGBT+ people who are committed to the Seventh-day Adventist Church, Adventist parents of an LGBT+ child, and one another. We supply a safe space—a sanctuary—to ask questions and express thoughts and concerns in loving ways.

What are the major themes of the workshop?

We concentrate on employing precise language and practicing active listening skills. For example the term “homosexual lifestyle” is a misnomer. No such thing exists, just as there is no heterosexual lifestyle. LGBT+ people visit libraries, attend movies, feed pets, do crossword puzzles, and dine in restaurants. What people often mean by “lifestyle” is more accurately termed “same-sex sex.” If that’s what we mean, that’s what we should say. Sloppy language leads to sloppy thinking.

Another theme is the devastating effects wrought by so-called “change ministries.” For decades, ministries attempted to “change” or “repair” the sexual orientations of people who are LGBT+. In 2013, after existing for 37 years, Exodus International, the largest umbrella ministry for “reparative therapy,” shuttered its doors forever and issued an apology to the LGBT+ community. However well-intentioned we were, the Seventh-day Adventist Church has, tragically, promoted change therapy in the past. As the damage generated by this faulty approach has come to light, we must now admit our error, apologize, and refocus our efforts in realistic, healing directions.

Also, it’s not a sin to be LGBT+. This is the official Adventist Church stance; any other stance is outside official Adventist beliefs. If we believe one’s orientation is sinful, that people need to repent for who they are, then we are saying Jesus was sinful. Yet who would claim that Jesus was sinful and in need of repentance because He was tempted? Too often the unspoken message is, “Shame on you for being tempted!” Sins have to do with behaviors—not temptations, attractions, or orientation.

The target audience is the 96% of us who are not LGBT+. Normally whenever behavior changes are called for, they are aimed at “those other” 4%. Not in this workshop. We speak primarily to the majority and ask, “No matter what our stance is on same-sex marriage, how can our behaviors be more like Jesus?” It helps to place faces and names within the conversation. Otherwise we fall prey to stereotype, isolation, and rejection. One reason for our workshop is to close the fearsome distance to the unknown “they” until we’re saying “we” and “you.”

Can you give us examples of some of the exercises?

Active learning activities are sprinkled throughout A Sanctuary for Conversation. Cross the Line, Central and Peripheral, introductions, Stand for Your Belief, role plays, discussions, and brainstorming solutions make time move quickly. Even introverts enjoy the interactions.

What responses have you received so far?

After our workshop for 80 leaders from Loma Linda University, one participant wrote, “I am moved in ways I didn’t realize I wanted to be on LGBT+. I hope to be a better friend, a safer place, an ally for my friends and others. I have a true flicker of hope that our church can love better. Thank you for the education. Listen, listen more, keep listening.”

During one workshop when I was interviewing the mother of a lesbian young adult I asked, “What gives you hope?”

“This workshop,” she replied, eyes glistening. That resonant hope makes all the work worthwhile.

Are your workshop attendees people who are genuinely struggling with this issue, or do you intend to attract "liberal" Adventists who already relate well to LGBT+ church members? How can you convince conservative church congregations to even begin talking about this issue?

Alita, one of the first things we talk about is how LGBT+ people are not merely an “issue” or a “problem.” (How would any of us like to be constantly referred to as an issue?) LGBT+ are people. Next, we move the conversation from “they” to “those of us who are.” This provides a sea-change in perspective—no more systemic othering.

Our LGBT+ friends are the canaries in the coal mine. How we treat those of us who are different—singles, immigrants, skeptics, chronically depressed, blurters, poor dressers—is how we deserve to be treated.

I will work on my language! What sparked your interest and research for this workshop?

Back in 1989, when I was editor of Insight magazine, I came across this quote from Tim Stafford: “Over 15 years ago I started a column on love and sex for Campus Life, a Christian youth magazine. Among the letters I received was a steady stream from young people who felt sexually attracted to their own gender. Nobody could express more fear and despair. They wanted to be Christians yet feared they were damned.”1

The statistics are alarming. Suicide is the second-leading cause of death among young people ages 10-24. The Trevor Project found that LGBT+ youth are four times more likely to attempt suicide as their straight peers, and LGBT+ youth from highly rejecting families are 8.4 times as likely to have attempted suicide as LGBT+ peers who reported no or low levels of family rejection.

Recently, a survey of 310 Adventist LGBT+ millennials revealed only 11% of respondents agreed or strongly agreed that they felt comfortable coming out to their parents, with 80.5% saying they were scared to come out because they knew their families would think they were sinful/disgusting. When they did come out, only 25.9% had parents who communicated they “loved me no matter what.” Moreover, nearly two-thirds (65.7%) disagreed with the statement, “My religious congregation is an important source of support to me.”2 Yet, astoundingly, in a 2015 Pew Research Center report, 48% of LGBT+ Americans identify as Christians, up from 42% in 2013.

Within Adventist churches many people don’t talk to one another about things that really matter here and now—and they certainly don’t listen to one another. What sort of holy hell is this? It’s time for climate change in Adventism, one that creates renewable energy through love that listens and produces more light, less heat.

How much time have you put into developing and giving these workshops? How are they funded?

In the three years since we started in March, 2015, we have spent hundreds of hours listening to everyone from Kinship to Coming Out Ministries, from small church members to high-ranking administrators, from every conceivable tone and hue in the spiritual spectrum. And we’ve made lots of adjustments. We model the listening we’re promoting.

A Sanctuary for Conversation workshops are funded by the sponsoring/hosting organizations. Details are available at https://opendialogueresources.org/

What response have you received from the official Adventist church?

The workshop began at the behest of the official church. Our first presentation was to 100 youth workers at the North American Division (NAD) Youth Ministries Summit in Lincoln, Nebraska. That first workshop required a day-and-a-half. Then we presented for four hours to 140 pastors at the NAD Pastoral “Called” Convention in Austin, Texas, on June 30, 2015, a week before the General Conference session. Since then, we honed A Sanctuary for Conversation to a trim three hours, including a refreshment break.

What has been the most difficult thing about putting this workshop together?

Getting beyond pontificating to enacting practical individual and systemic changes. Ignorance is understandable; willful ignorance is unacceptable.

As always, the most difficult obstacle is fear. That’s why Jesus keeps repeating, again and again, “Don’t be afraid. Fear not.” The ultimate motivational choice is fear or love.

For Adventists, the five top conversational fears regarding LGBT+ people are:

We deal with each fear in the workshop. Actually some of these fears might even be reflected in the Spectrum comments below. (Laughs.)

How can people attend the Glendale workshop for the Southern California area?

A Sanctuary for Conversation is officially set for Saturday, February 3, 2:30-5:30 p.m. at Glendale Adventist Medical Center’s auditorium. Because space is limited participants must sign up through the following:

After 24 years as associate professor of English and communication at Union College, Chris Blake retired last May. He now writes full-time, pursues activist peacemaking, and plays riotously with his four grandchildren.