The Adventist History Podcast Teaches Us About Our Tribal Roots

The Adventist History Podcast Teaches Us About Our Tribal Roots 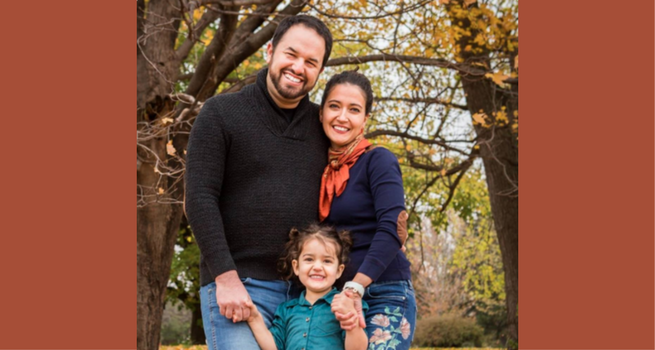 Pastor Matthew Lucio is telling the story of the Adventist church in monthly podcast episodes, beginning with William Miller and going up until Ellen White's death. Forty episodes in, there have been more than 40,000 downloads.

Question: You research, write and produce The Adventist History Podcast. Can you tell us a little bit about the podcast and what your goals are in producing it? Why should we listen to it?

Answer: First of all, I should say that the podcast isn't designed to be evangelistic. It's not Adventist hagiography. (Or hagiopodcastrophe? Whichever.) Sometimes I get comments from people who wish I would treat Ellen White more deferentially.

Back to the main goal: most Adventists don't even know their own story, and I think that causes identity issues. And some who do know their own history tend to romanticize it out of reality. God didn't just decide everything for us and our job is just to carry out orders. Our church founders wrestled with stuff. They didn't always agree. Yet somehow they stuck together. Maybe there's something to learn from that?

You began the podcast in 2014, and release a new episode every month. (Your website promises a new episode on the 22nd of every month, and you don’t seem to ever miss a deadline, even three days before Christmas!) You have created 40 episodes of The Adventist History Podcast so far. You began with William Miller and the context of the Adventist church’s beginnings in the 1840s. Now you have just covered Ellen G. White’s time in Australia in the 1890s. How do you decide what to include in each episode? Will you continue up until the present day?

I just pick story lines that seem interesting to me. Managing the pace is often a mess. I often discover things I wish I would have known 20 episodes ago.

As for the scope, I think story-based podcasts need limited lifespans. JRR Tolkien called mortality a "gift" in the sense that it forces us to focus on what matters.

From the beginning, I knew this was going to end with Ellen White's death in 1915. I may do a few "epilogue" episodes that take us to the 1919 Bible Conference, but, right now, I have no desire to take us into the 21st century. Mainly because the number of sources one has to deal with just explode in the 20th century. I study, write, and record each episode in five days each month, and I just don't have the time to do it justice. I'm also a little hesitant because recent history tends to be hotly contested history.

But maybe we can do a second series in the future.

How do you research each episode? Where do you get your main material?

I read a few primary sources, but mostly I use the work of Adventist historians. Five days a month isn’t enough time to do a lot of original research.

Your style is chatty and humorous, but yet you are organized and professional, with each episode smoothly paced. Does the writing come naturally to you?

Writing comes naturally to me. That doesn't mean it's easy. It's tortuous, frustrating, and exasperating. (According to my wife, those qualities also come naturally to me.)

What do you most enjoy about making a podcast? What gave you the idea in the first place?

Like many podcasters out there, I cut my teeth listening to Mike Duncan's The History of Rome podcast. People tuned in because they liked history. They stayed because Mike is a fantastic storyteller. I did want to do the Adventist History Podcast probably as early as 2011. I even wrote the first episode. But I chickened out. I had (have) imposter syndrome.

I think what changed was that I started pastoring another district and I had an elder who I shared the idea with and he opened up his studio for me to record in. It was the push I needed.

How many listeners do you have? What feedback have you received since you started?

There have been over 40,000 downloads, but I don’t know how many listeners I have. Maybe it’s one guy just re-downloading all of the episodes?

The feedback has been wonderful. Adventists are entrepreneurial, and people have approached me about translating it into Russian, Portuguese, and Spanish.

Do you have support from the General Conference, or official church support? Your logo seems to be the official Adventist church logo.

You are a pastor in your day job, so of course there is some crossover in the skills needed to be a podcaster and a pastor, and the research must come in handy in both roles. But how do you find time to do the podcast and also pastor three churches? Do you have help making the podcast?

Finding those areas of overlap is key to efficiency. I joke that Nicholas Miller at the Seminary can write about 9.5 books based in some way on his dissertation research. He can teach and hit the speaking circuit with it, too. That's the dream: research that you can use in a variety of projects for years to come.

We're just finishing up going through Adventist history at one of my churches, and I preached a series on 1888 last year. In March, I'm going to be speaking in Minnesota at a Youth Rally on Adventist history. So the podcast material gets used.

I believe that you were raised as a Catholic. What made you change your faith? Do you think your upbringing outside the Adventist faith gives you a unique insight in your work as a pastor, and in your podcast?

It's a long story. My dad took me to a prophecy seminar put on by the only pastor or priest I had ever known who drove a pickup truck. That really impressed me. I got a Mark Finley book, called The Almost Forgotten Day, and read it in my closet when my mom thought I was sleeping.

When I decided to be baptized, my mom and I had an argument and we haven't spoken since, sadly.

I do think being a "convert" helps as a pastor, sure. But I think that "convert" experience can and should be had even by those born and raised in the church. I mean, Ellen White wanted Adventists to bust out of Battle Creek in part because people could grow up in the bubble and never have to do real spiritual work for others. So when you spend time loving on people who have different views, you can get some of that "convert" experience.

What made you want to become a pastor?

The church I was baptized into invited me to preach shortly after I was baptized. I have no idea why. I agreed because I thought that's just what Adventists do. After that, they couldn't get me to stop. I just felt a calm call in it.

I believe you studied at Southern and Andrews. Did these Adventist “ghettos” seem strange to you? Was your wife raised in the Adventist church?

I have to admit that I love Adventist neighborhoods. I mean, have you been to Baguette de France in Berrien? Life is so much simpler in Adventist neighborhoods. If you hear a lawnmower on Sabbath, you just disfellowship them in order to preserve your zen. Yet, I believe in Ariel's mantra: "I want to be where the people are." That is, non-Adventist people. I want to be with them wrestling with life. My wife, Laura, was born in the church — in Romania. All the best pastors get Romanian wives. It's why they're the best pastors.

Did you study history in an academic setting? Where did your interest in the history of the Adventist church come from?

No, but I've presented a few papers for scholarly conferences since I started the podcast. I just like history. I read Gibbons' Decline and Fall of the Roman Empire before I was 20. I mention this because I feel like the universe owes me something for that.

I understand you travelled to see members of Congress in Washington DC last autumn to defend Dreamers [the undocumented immigrants brought to the US as children] and advocate for the vulnerable. Do you feel the trip made any difference?

Did it make a difference? Maybe not for Congress, but it did for me. We had a Dreamer in one of my churches. I did it for him, too.

You seem to be involved in a lot of things! I know you’ve also written at least one book, about the book of Revelation. What other projects are you working on?

I wrote a couple of books before the book about Revelation, which was called End. I wrote one on faith and doubt under a pseudonym so I wouldn't be fired, and a children's book with a church member about a cat who goes back to ancient Egypt. It's based on a real cat, which makes the story entirely believable.

Next up are a couple of entries in the exciting new Adventist Encyclopedia and a book on Adventist history for small group discussion or prayer meeting or whatever. Yay, more overlap!

What are your favorite podcasts?

This is my favorite question. Let me check my phone. Okay, in no particular order: NPR's Planet Money, The Axe Files, BBC's In Our Time, Doctrine and Devotion, Intelligence Squared Debates, Revisionist History (in small doses), Unbelievable, Bad Christians (in smaller doses), and the Tolkien Professor (I need more doses). Oh, and The Adventist History Podcast!

Let me also give a quick shout out to the "Stuff Adventists Should Know" podcast which is just getting off the ground. 2018 is going to be an exciting year for Adventist podcasting. Stay tuned!

Matthew Lucio is pastor of a three-church district in the Iowa-Missouri Conference.