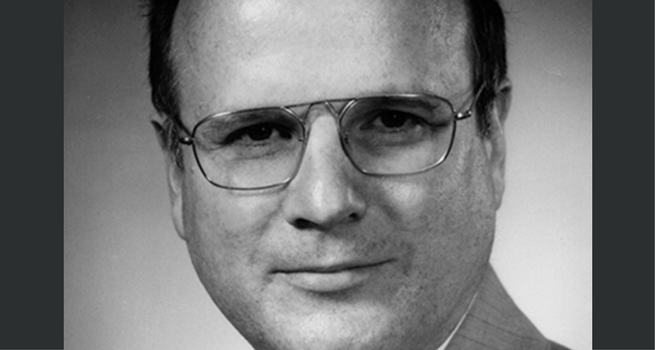 Joseph Grady Smoot, 85, of Pittsburg, Kansas, died Friday January 5, 2018 at Via Christi Village. He had been a resident since January 2015. He served as president of Andrews University from 1976 to 1983. His tenure saw many significant accomplishments as outlined in the following life sketch. All four of his grandchildren, Hannah, Haley, Eric, and Heidi Smoot, are current Andrews University students and their mother, Shari Nash Smoot, serves as the executive assistant to David Faehner, vice president of University Advancement. His son, Andrew Christopher Smoot of Oshkosh, Wisconsin, served in the development office at Andrews University from May 2000 to July 2002, when the family went as missionaries to Kenya.

A memorial service will be held Wednesday, January 17, at 11:00 a.m. in the Timmons Chapel at Pittsburg State University, Kansas, for colleagues and friends of Pittsburg State University and the community of Pittsburg. On Sunday, February 11, a Celebration of Life Service will be held at 11:00 a.m. at the Fox Valley Seventh-day Adventist Church in Neenah, Wisconsin with Pastor Carlos Ancheta officiating. Burial will be in the Underhill Cemetery, Underhill, Wisconsin.

Please remember his family and friends as they mourn his passing.

Joseph Grady Smoot was born May 7, 1932, in Winter Haven, Florida to Robert Malcolm Smoot and Vera Eaton Smoot McNutt. Smoot received a Bachelor of Arts from Southern Missionary College in Collegedale, Tennessee in 1955, and Master of Arts and PhD in history in 1961 from the University of Kentucky.

He served as academic dean at Columbia Union College and dean of graduate studies at Andrews University where he also became vice president for academic affairs and later president. He held the academic rank of professor of history at Andrews from 1968 to 1983. He led Andrews to professional accreditation in several fields of knowledge, created the first strategic master plan, launched the first comprehensive capital campaign, and built numerous buildings. He instituted doctoral programs of study, developed a world system of affiliated higher education, and led the University to full accreditation of the Doctor of Philosophy. Under his leadership, the School of Business Administration, School of Education and College of Technology were established, as well as the Department of Architecture and programs in physical therapy. He developed the Andrews University Press as a scholarly publisher and created the Institute for Prevention of Addictions. Additionally, he reached into the community, establishing strong relationships with Whirlpool [Corporation] executives, which resulted in further gifts and improved community relations. He was also the leading founder of the University of Eastern Africa in Kenya.

While at Pittsburg State University in Kansas, he was the vice president of Development and Public Affairs. During that time, he organized the PSU Foundation, established the public radio station KRPS, founded the university magazine, and created a substantial endowment fund for university operations. He brought one of America’s finest concert organs to the campus and provided funding for numerous building and renovation projects. The Vietnam Veterans Memorial on the university campus was a special project to him. After retirement, he returned as assistant to the president of Pittsburg State University and vice president emeritus.

He was a member of Phi Alpha Theta, the national honorary society for history. Widely published as a historian, he has nearly 700 publications. As an educator, he became a national authority on the accreditation of higher education. He was a Paul Harris Fellow of Rotary International. Widely traveled, he had visited over 100 countries on seven continents.

Smoot was preceded in death by his first wife, Florence, in 1957, and second wife, Irma Jean, on June 18, 1999; grandson Christopher Nash Smoot, one brother, two sisters and one half-brother.

This article originally appeared on the Andrews University website.