Toward a Latin-American Adventist Theology Part 3: In Praise of Feasting

Toward a Latin-American Adventist Theology Part 3: In Praise of Feasting 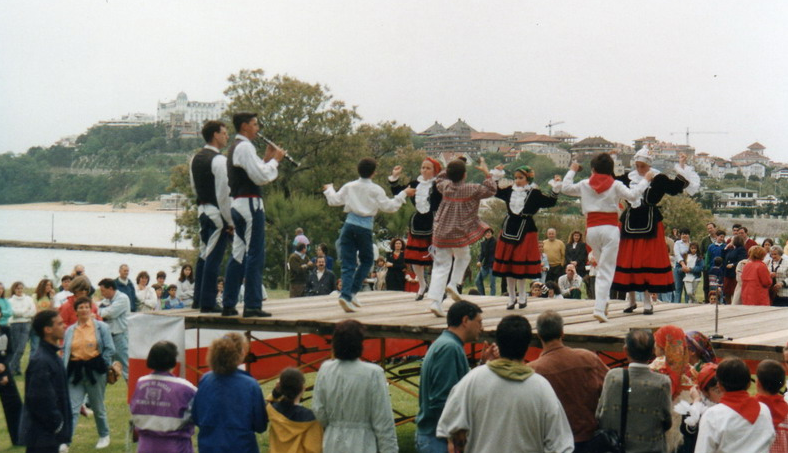 In last month’s column, I tried to address, in broad terms, the second topic of any theological enterprise: the anthropological question. Which kind of human being does our theology, practice, and mission really imply? And I considered a too-frequently overlooked fact: that the true understanding of what a human being represents is not only given by church doctrinal statements. The implicit non-religious presuppositions of Man – cultural, sociological and psychological images – are often more determinant in establishing the final profile of a faith experience. Western societies and churches, Adventism included, keep working with the implicit formula “Etsi Homo non daretur” (as if man/neighbor did not exist), validating and unconsciously reinforcing the typical Western “individualistic fallacy,” which creates efficient but camouflaged non-inclusive social systems. I concluded by saying that Latin-American “Human Disorder” derives also from radically affirming the inseparable co-presence of “I” and “Others.” There is no time in which the “I” is alone, self-referentially determining its own meaning and value. Every true identity is relational. And we reach others not only in chosen and contractual decisions. The “Others” are already there before we decide to welcome them. And these presences that precede us create an irreducible disorder that structurally is part of any healthy theology, ethics, and religion.

The third topic we need to address, in this reconstruction process, is the nature and function of human “space.” While this topic may initially seem theologically irrelevant, it is instead culturally central and determinant. And here Latin America opposes the typical Western understanding of space as abstract, universal, and aseptic – in favor of an idiosyncratic understanding of it as a concrete, local, and “contaminated place”, full of people and “feasts”.

Mexican writer Laura Esquivel’s novel Like Water for Chocolate”(Como agua para chocolate) masterfully combines the supernatural with the ordinary by using the Latin-American “magical realism” descriptive technique in the story of a young girl named Tita De la Garza, the novel's main protagonist. The book is divided into twelve sections named after months of the year, starting in January and ending in December. Each section begins with a Mexican recipe. The chapters describe the intricacies of this family’s intense relations and the mystery of the culinary miracles connecting each dish to an event in the protagonist’s life which occur in a “magical place.” The family ranch is near the Mexico-U.S. border where she lives with her mother, Mamá Elena, and her older sisters Gertrudis and Rosaura. Pedro is their neighbor with whom Tita falls in love at first sight. The feeling turns out to be mutual, so Pedro asks Mamá Elena for Tita’s hand in marriage. Unfortunately, she forbids it, citing the De La Garza family tradition that the youngest daughter (in this case, Tita) must remain unmarried and take care of her mother until her mother's death. She suggests that Pedro marry Tita's sister, Rosaura, instead. Pedro accepts, thinking it will be a way to stay close to his one true love. But Tita does not know his thinking and though crushed by what she sees as betrayal, she must make the wedding cake. Crying as she bakes, her tears mingle with the ingredients and unleash a wave of longing in everyone who eats a piece. It is just the beginning of the realization that Tita has special talents, both in the kitchen and beyond. We witness the nurturing Tita's struggle to be true both to family tradition and to her own heart. And we are steeped in elaborate recipes: turkey mole with almonds and sesame seeds or quail with rose petals; in medicinal concoctions for ailments such as bad breath and gas; and in instructions on how to make ink or matches. Eventually, Tita must choose between marrying a loving, devoted doctor, John Brown, or saving herself for Pedro, her first true love.

This narrative accurately describes the typical and idiosyncratic Latin-American attention and care for places and feasts which represents a cultural richness. That is what Johan Huizinga affirms when he describes the importance of the “play element” (“Homo Ludens”) in the structure of a society. He suggests that play is primary to, and a necessary (though not sufficient) condition of, the generation of culture. Two processes have led instead to a cultural regression concerning our capacity for “feasting.”

1. The Blurring of Feasting

Sometime in the last two centuries Westerners gradually lost a sense of “feasting.” J. Moltmann (“Die Ersten Freigelassenen der Schöpfung”) says that this coincided with the emergence, reinforcement, and diffusion of an “Ethics of Discipline” which finds the meaning of life only in utility, efficiency and results. And part of this regressive cultural process was also facilitated by the obsession that emerged in Europe during the 19th century and which elevated the category of History to a new cultural mantra and became a typical symbolic compulsion of modernity’s “Homo Faber” (“Man the Maker”). But there were probably two other factors that overshadowed and atrophied the West’s capacity for “feasting” more than an “Ethics of Discipline.”

First, a trans-cultural factor – because the indifference and contempt enforced toward non-Western people (through modern colonization and imperialism) isolated Westerners from other populations. And the true joy and exuberance of Feasting cannot be generated merely by the excellence of one’s own individual or individualistic group performance. It instead necessitates the presence of, and the giving and receiving of, other people that we learn to respect, acknowledge, and be enriched by. “Feasting” today has structurally become a necessary trans-cultural relational experience. Nobody and no group, in our time, can really experience a feasting joy in indifference toward other communities’ difficulties and sufferings in our Global Village.

Second, a psychological factor – because the obsession with productivity leads Westerners to conceive of and reduce “Feasting” to be merely a harmless pause. Feasting this way loses the structural renewing of our social capacity. It easily becomes an additional manipulative artifice in the altar of efficiency. People take a break while “feasting,” not for itself but to be able to work harder afterwards. The original obsession with productivity has triggered a subsequent two-fold compulsion: for work itself but also for a mechanical and empty “feasting” that even a recurrent and cyclical reinforced craving is unable to appease.

2. The Birth of Abstract Space

According to sociologist Anthony Giddens, the emergence and articulation of a new understanding of space as “abstract space” – together with today’s typical “disembedding mechanisms” – has radically transformed our way of living, religion included. The positive result is the increase in functionality, efficiency, and finally in material riches. But the main collateral effect is a structural and chronic incapacity of today’s systems to create social inclusion. Our modern “spaces” are functional, clean, and organized but tend to be anthropologically aseptic.

This is what French anthropologist Marc Augé calls Non-Place (“Non-Places: Introduction to an Anthropology of Supermodernity”). With Non-Place he refers to anthropological spaces of transience, where the human beings remain anonymous and that do not hold enough significance to be regarded as real places. Examples of non-places would be motorways, hotel rooms, airports, shopping malls. The concept of Non-Place is opposed, according to Augé, to the notion of "anthropological place." This Non-Place offers people a space that empowers their identity, where they can meet other people with whom they share social references, and create relations and events lived as a pseudo-feast.  But true “places” are to be found only where people live. The Non-Places, on the contrary, are not meeting spaces and do not build common references to a group. Finally, a Non-Place is somewhere we do not live in, in which the individual remains anonymous and lonely. Unfortunately, this degenerative spatial process has now invaded churches and homes.

3. Latin American New Evangelization: “The place which is here”

Latin-American strength resides in its capacity to “contaminate” aseptic spaces and infuse them with events, experiences, human noise, and “feasting.” No truly human place can ever be aseptic. Every human place is characterized by signs that make it slow, laden, dis-functional, interrupted, and broken. Human places will always appear unfit and unsuitable to the apparent winning strategies of human engineering – order and efficacy.

This is what I call the “Virtues of Feasting.”  Feasting is not an exception or a gratification in life for having worked well. It is not separated from life as a “happy addition.” Feasting is synchronous with every moment in life. It’s the light shining on our humanness. And, in today’s communities, both civil and religious, both obsessed with temporal achievements, “spatial Feasts” are a guarantee of soberness and wisdom.

This pertinence of places and “feasts” where believers meet each other as they are, in their human fragility and dependency, and where they also meet their God – are not alien to the Bible. On the contrary, these are the very places where people learn to become believers. Trusting beings relating to a merciful God and in relationship with fragile but generous neighbors. And, if we read carefully, the Sabbath itself represents also a strong “spatial” category – not only because it directly references “nature” (a spatial category) as God’s Creation but also because the Sabbath incarnates the very “human place” of communion and “Feasting.” Feasting with others makes our human work necessarily slow and fragmented. But this is a favorable sign of our preserved humanity. When our life becomes a fast existence, only full of temporal results and attainments, this is likely a sign that we have forgotten others and their places. The nobility and capacity of positively “contaminating” Places with people and Feasting is an overlooked virtue that we need to discover again because this essentially is what Jesus’ Incarnation is all about. He loved our “Place” so much that he became one of us – a terrestrial. And, in this, Latin-American Adventism can give a partial, but certainly positive, contribution.