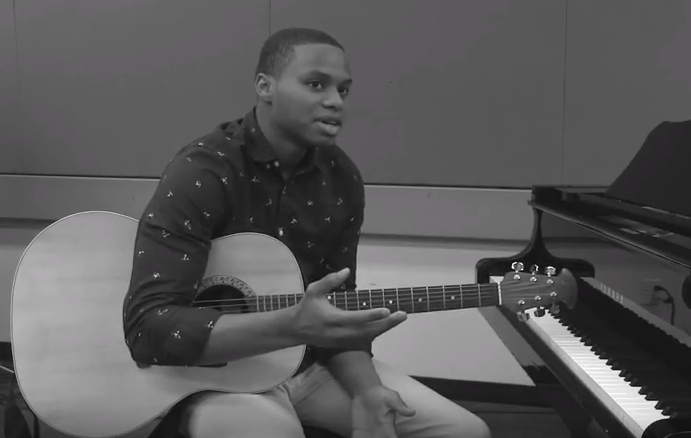 Ghana Adventists Attacked, Robbed During Christmas Services. The congregants of Adoato-Adumanu church of Seventh-day Adventists in Kumasi, Ghana, were attacked at dawn by armed robbers during an all-night service from December 23 to December 24. At about 3:00 a.m. on Sunday during the church service for a congregation of over 100, two unidentified young men invaded the church premises and subjected those inside to robbery attack. The robbers managed to make away with the victims' personal possessions, cash, mobile phones, tablets, and laptops. They also injured some, including a medical doctor who is an elder of the church. From GhanaWeb, “Armed robbers attack SDA all-night service.”

Bid to Change Johnson Amendment Dropped from U.S. Tax Bill. A provision that would have freed churches to make political endorsements has been dropped from the Republican tax overhaul, dashing the hopes of some religious conservative groups, including the Family Research Council and the Alliance Defending Freedom, on what has been a key issue to the Trump administration. Under an IRS regulation known as the Johnson Amendment, churches and other nonprofits can engage in a wide range of activity related to public issues, such as advocating for certain policies. However, pastors and churches are not allowed to endorse a particular candidate in a sermon or during church services without potentially losing their status as an organization exempted by the government from paying taxes, though the IRS rarely enforces the rule. Many religious groups want to keep the IRS restriction as is, including the American Baptist Churches U.S.A., the Union for Reform Judaism, the Episcopal Church, and the Seventh-day Adventist Church, which counts Housing and Urban Development Secretary Ben Carson as a prominent member. Only Congress has the authority to repeal the restriction. In its tax bill, the House eliminated the restrictions for houses of worship and all nonprofits. However, the Senate bill did not include the provision, prompting a negotiation as a House-Senate committee worked to blend the two separate tax bills into a final package. The Senate parliamentarian decided the provision did not meet a Senate requirement that all parts of the bill be related to the budget, so the Johnson Amendment will remain unchanged. From Portland Press Herald, “Religious groups lose bid to allow churches to preach politics.”

Australian Legislator’s Attempt to Tax Religious-owned Businesses Fails. Commercial enterprises owned by religious groups should be liable for state taxes says Fiona Patten, Australian MP. Patten issued a private member’s bill to ensure tax exemptions for charities in Victoria only apply to those organizations engaging in objectively charitable works. She said her changes would target groups like breakfast foods company Sanitarium, owned by the Seventh-day Adventist church, which she said was a multimillion-dollar company minimizing “a whole range of taxes because they say that their main reason is to promote religion.” The upper house MP says she wants to see religious-owned businesses pay land and payroll tax. But the Victorian government says it has no plans to make any changes to the current system. “We do need to recognize that without the effort that the churches play in providing for an improved and civil society, this community would be all the poorer,” the state’s treasurer, Tim Pallas, said. From The Guardian, “Tax churches' commercial enterprises, says Victorian MP.”

Kansas City Seventh-day Adventist Church Suffers Two Successive Fires. The temporary meeting space, church's headquarters, for members of the Kansas City Seventh-day Adventist Church caught fire even as their church home is being repaired after being vandalized in June, costing thousands of dollars in damage. As crews cleaned up debris from the second fire, Pastor Bryann Mann said he is grateful no one was hurt. “God is still in control. All of these things are material, and what is most important are the lives. And God spared lives here,” Mann said. Members will be able to move back to their Riverview location on December 23. From KSHB Kansas City, “KCK church members cleaning up temporary home after bell tower catches fire.”

Jamaican Gunman Arrested after Murdering Three Outside SDA Church. A west Kingston man was arrested and charged with murder and other serious crimes for his alleged role in the deadly attack on mourners attending a funeral at the King's Chapel Seventh-day Adventist Church on December 10 in east Kingston. Tajay James, popularly known as “Titty Man,” has been charged with three counts of murder, three counts of shooting with intent, three counts of wounding with intent and three counts of illegal possession of a firearm and ammunition. Three persons were killed and six others injured after gunmen, armed with high-powered weapons, sprayed mourners with bullets outside the church. Police investigators believe the shooters were targeting a rival gangster from west Kingston who was attending the funeral. From the Jamaica Gleaner, “'Titty Man' Charged With Murder After Shootings At Kingston Church” and from the Jamaica Star, “Funeral shot up during prayer — Two mourners killed, seven injured.”

Washington Adventist Church Reimagines Christmas Pageant after Fire. The Journey Seventh-day Adventist Church in Lexington, Washington, nearly lost its 20-year Christmas tradition in 2015 when an arsonist burned many of the props that were used to stage “Journey to Bethlehem,” its annual production about the story of Christ’s nativity. Two years later, the church is beginning a new tradition with a scaled-down, four-weekend series called “Witnesses to the Manger.” “Manger” is a series of four shows at the church, each with a dramatized vignette focusing on specific characters from the Christmas story. The series will be shown over four Saturdays in the Lexington church. The series will take the place of normal church services. The productions will show audiences the viewpoint of a shepherd, then the innkeeper, then Mary and Joseph right before Christmas Eve. The final, post-Christmas show will be centered on the lesser-known character of Simeon, whom the Bible says recognized Jesus as the son of God when he was only an infant. Each production also will feature the singing of Christmas carols, professionally-made short films (not produced by the church), and opportunities for families to dress in biblical outfits for photo ops with the manger. Pastor Rick New said living up to the legacy of “Bethlehem” will be tricky. “Obviously, we have a great tradition here in the area, in terms of ‘Journey to Bethlehem,’ it’s a pretty tough act to follow . . . (but) sometimes less is more, right?” “Bethlehem” attracted thousands of visitors per year from as far away as Portland and Seattle to see the church’s elaborate re-creation of the city of Jesus’ birth using hundreds of actors. The presentations even for a time featured a live camel. The arsonist who destroyed much of the production set never was caught. From TDN.com, “Journey Adventist begins a new Christmas tradition with 'Manger.’”