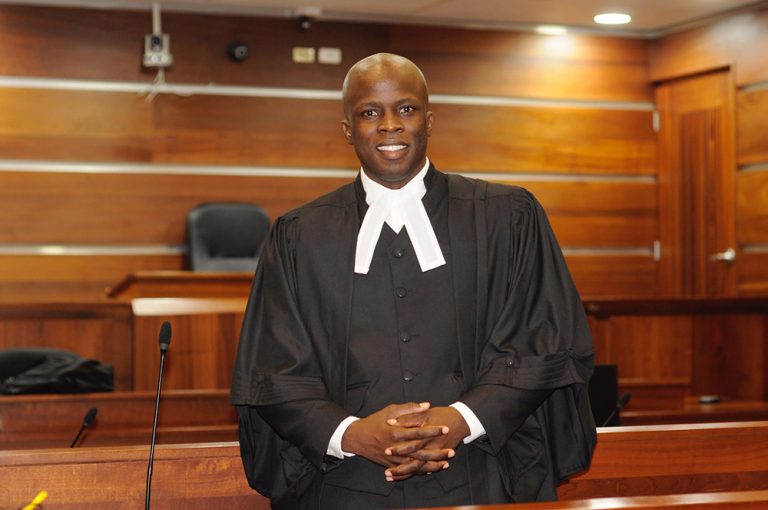 Omar Oliphant created history in the Seventh-day Adventist Church in Jamaica by becoming the first ordained minister to become an attorney-at-law. He was admitted to the Jamaican Bar on December 7, 2017, in a ceremony held at the Jamaican Supreme Court in Kingston.

Oliphant, who pastors a district of five churches with a membership of over 1,000, is also the communication and youth director of the church’s northern region comprising St. Ann and Trelawny. He graduated from the University of the West Indies in September, after completing the three-year LLB (Bachelor of Laws) degree program in two years, and graduated in 2015 with honors before successfully completing all levels of his legal training at the Norman Manley Law School. His area of specialization is civil law.

The rigors of legal studies were no match for the grit, determination, and perseverance of Oliphant who despite his various professional and family responsibilities, overcame the onerous task of working in St. Ann while studying in Kingston, which is about 65 miles away.

In describing the experience, the father of two children confessed that “this was the most trying period of my life but one which brought not only new opportunities to learn, but clearly revealed the providential love of God.”

“God supplied my every need. I am truly amazed at how beautifully the Lord Himself provided and placed the pieces together….it was certainly not by might,” said Oliphant, who also serves on several denominational and civic boards.

Unequivocally committed to his life-long call as a minister of the gospel, the now legal counsel maintained active leadership in the church by conducting evangelistic campaigns and engaging thousands of young people in his Conference.

During the period of his study, Oliphant was able to baptize approximately 400 individuals and was recognized by the church in Jamaica in 2015 for his outstanding evangelistic achievements.

“My districts never once fell back; all the measurable variables were way above average and I kept an active presence among my youth, parishioners, and the wider constituency, impacting each of our 15 districts in numerous ways over time,” said Oliphant. “I was then, as I am now, very committed to ensuring my ministry thrived and that my family was not unduly deprived.”

The conference administration is happy that it was able to facilitate Pastor Oliphant’s study in Law, said Pastor Karl Archer, president of the Adventist church in North Jamaica.

“We know it would have been very challenging for him, but with the support of the church and his family, he has successfully completed the studies with God’s help,” said Archer. “His success is an indication of the Church’s support for the personal development of its workers, which we are sure will lead to significant benefits in the advancement of God’s mission through the church. We wish him success in all his endeavors as together we continue to labor for the Master,” he added.

It was a delicate balance, but strategic planning, time management, and an excellent support group were key to Oliphant’s success. He credited his wife for her guidance, prayer and insight that kept him in check.

“I commend Pastor Oliphant for what he has accomplished,” said Pastor Carlington Hylton, ministerial secretary for the church in North Jamaica.

Hylton said Oliphant is a resilient person not daunted by challenges. “During his studies, he has accomplished his goals as a youth and communication director serving two parishes. His achievement will serve as an inspiration to the young people whom he leads. I am proud of him,” Hylton added.

When the lifelong Adventist decided to pursue this new frontier, he gave long consideration, knowing the conservative position of his church, its impact on his ministry, and the demands on his family. His prayerful approach helped him to recognize his church’s need for legal counsel in various spheres of its operation.

“Given the vast and varied make-up of the church, its ownership of numerous institutions, its involvement in transactions relating to the law of the land, I see my studies and training as an additional plus, on top of my personal growth,” said Oliphant. “Ministry has become integrated with legal interests and the church may have challenges meeting its objectives if we don’t have proper legal guidance in some of our decision-making, policy directions.”

He thanked God for His mighty hand in his life, the support of his family and the Executive Committee of the North Jamaica Conference, the support of the Jamaica Union leadership, church elders at the five churches he pastors, as well as the many who have invested time, effort, and means in creating this historic feat.

This article was written by Nigel Coke and originally appeared on the Inter-American Division website.