La Sierra University’s Music Department has created a viral sensation with their recently-released music video of the Christmas hymn, “O Come, O Come, Emmanuel.” The video has been seen nearly 365,000 times within the first week of its release.

The Song
O Come, O Come, Emmanuel is a translation of the Latin hymn, Veni, Veni, Emmanuel, whose earliest extant text is found in the seventh edition of Psalteriolum Cantionum Catholicarum, which was published in Cologne in 1710. The text was paired with the tune Veni Emmanuel in 1851 when Thomas Helmore published it in the “Hymnal Noted,” paired with an early revision of an English translation by John Mason Neale.

La Sierra’s rendition of the song, in which Israel serves as lyrical centerpiece, became a viral sensation during the week when, coincidentally, Israel was making international news headlines because of a contentious decision by American President Donald Trump to move the American embassy to Jerusalem. Both Israelis and Palestinians have made claims to the city. The President’s announcement elicited protests from Palestinians, to which the Israeli military responded with airstrikes on Gaza. 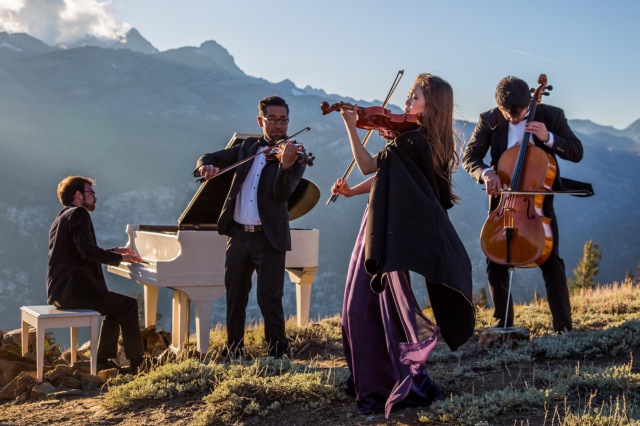 The Arrangement
The video features an original arrangement of O Come, O Come, Emmanuel by La Sierra University adjunct professor Gary Kuo. Kuo holds degrees from The Juilliard School and The University of Miami. He has served as a Los Angeles session musician with over 100 motion picture soundtrack credits including “The Rock,” “Clear and Present Danger,” and “Finding Nemo.” He has played for big music acts including Pearl Jam, Harry Connick, Jr., and Aerosmith, and is a six-time Emmy winner. Kuo teaches violin performance and composition at La Sierra University. His arrangement of the O Come, O Come Emmanuel was created specifically for this project and is published by Electric Violin Music (BMI). 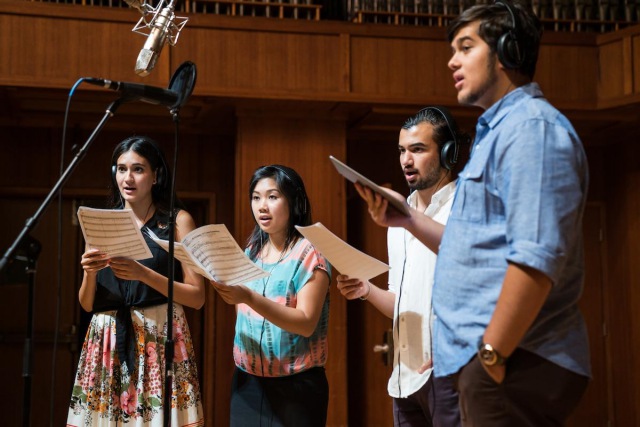 The video was shot over several days on location at Minaret Vista in Mammoth Lakes, California. The students and production crew toted a white baby grand piano to film their performance of the song amid the scenery of the Sierra Nevada mountain range. During filming, temperatures dipped into the 40s with winds of up to 20 mph at times. 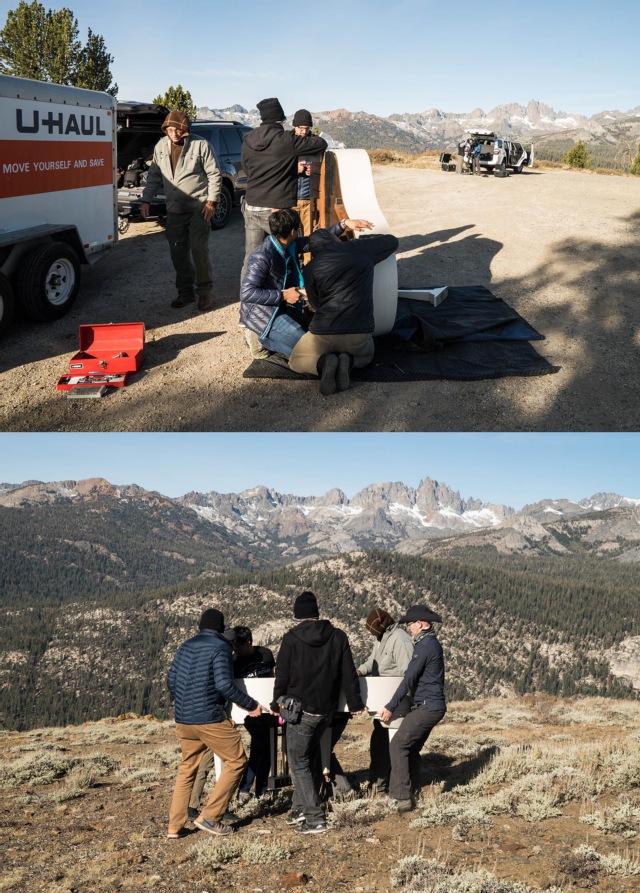 The production crew hauled the baby grand piano in a u-Haul trailer and assmbled it on location at Minnaret Vista in Mammoth Lakes.

The video portrays the nativity story of Mary and Joseph, roles acted by La Sierra alums Marian and Joseph Helmy who arrived from their native Egypt to study accounting at the university. In Hebrew, the name Marian is a variant of Mary. The role of baby Jesus is played by Kenzo Grant whose parents Chris and Cathy live in Riverside. Shooting for the nativity scenes took place on La Sierra’s campus and in the Painted Canyon desert approximately two hours east of La Sierra University in Mecca, California. La Sierra University’s Center for Near Eastern Archaeology provided props for the nativity scenes to make the video as authentic as possible. Klarissa Bietz provided the costumes and makeup for the project.

Release and Reception
The video debuted at La Sierra’s 70th Annual Candlelight Concert at the University Church on Friday evening, December 1, the first of two Candlelight Concerts. It was then released on Facebook and YouTube where it has been watched a combined 363,275 times as of this article’s release. It has been shared over five thousand times, and the video’s reception has been overwhelmingly positive.

“Amazing and beautiful! Enjoyed every minute of it, and what a wonderful and inspiring message too,” said Mario Manalo on Facebook. “Very timely and appropriate for the season. Thanks a lot.”  JoAnn Shaul wrote, “Thank you! It brought me to tears with the beauty!” Over three hundred commenters offered similar praise for the performance.

Co-producer Jonathan Davidson said, “Our biggest hope is that this project will bless everyone who watches it and that it reminds them of how much God loves them.”