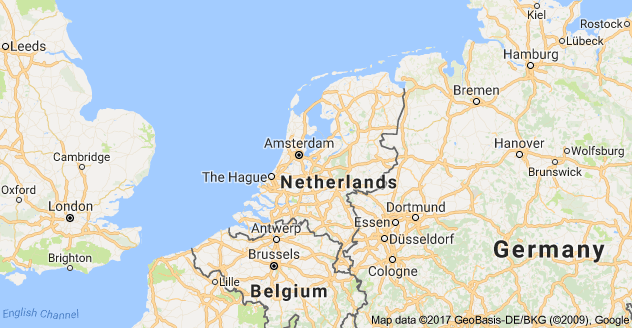 On Sunday, December 3, the Netherlands Union Conference (NUC) Executive Committee voted to extend its current postponement on the ordination of female pastors.

The Netherlands Union is a long-time proponent of women’s ordination, having voted in 2012 to support it, and then in 2013 becoming the first Union in Europe to ordain a female pastor. The NUC held firm to its decision after the 2015 General Conference Session in San Antonio, issuing a statement that the GC decision would not change the NUC’s commitment and that “Female pastors will continue to be ordained in the Netherlands Union Conference.”

However, in April 2017, the Executive Committee “decided to postpone the ordination of female pastors until after October 2017 to contribute to the process of dialogue and reconciliation” within the Adventist Church. This decision aligned with the Trans-European Division’s commitment to work with the GC to find a solution to the women’s ordination issue that would work in Europe. As reported previously, the situation within the European divisions is more complex than in other world divisions due to legislation under European Union law that requires men and women to be afforded equal opportunity for advancement.

The hope seemed to be that a path forward would develop out of the GC’s 2017 Annual Council held in October. However, with the 14-page “Procedures for Reconciliation and Adherence in Church Governance” document sent back to the Unity Oversight Committee for more work over this next year, and the subsequent departure of Elder Thomas Lemon as chair of that committee, a solution for reconciliation has not yet been reached.

The Netherlands Union’s April decision to postpone the ordination of female pastors was made by its outgoing Executive Committee, which had served from 2012 to 2017, and had voted to ordain women in the first place. The December 3 decision re-affirms “the decision made by the previous Executive Committee, to refrain from ordaining female pastors for the time being,” according to a letter sent on December 7 to NUC churches.

The letter, written by NUC Executive Secretary Enrico Karg, states that the decision to re-affirm the postponement was based on two factors:

First…The newly-elected Executive Committee systematically analyzed what events occurred since practicing the ordination of women in 2013, in order to see what gains and what losses have developed since, and how this has effected the development of the church at large, as well as what serious challenges this has brought forward.

After a long and exhaustive session of reflection and analysis, the current Executive Committee reached the conclusion that the previous Executive Committee, under the present circumstances in our field, has acted wisely to postpone the ordination of female pastors for the time being.

The second factor that the current Executive Committee took heed of was a request made by the Division Executive Committee of the Trans-European Division (TED EXCOM), to all of her Unions, to refrain from taking actions that would otherwise jeopardize the intended request to the World Church to enter into (real) dialogue. In short, this means two things: situations as a result of actions taken in the past are to be left untouched, and as of now to refrain from issuing new actions outside of policies as is currently established.

According to the motion, this extended temporary postponement will “pave a way for dialogue…in the hopes of having all parties reach a permanent solution. The Executive Committee of the Netherlands Union will, however, keep on investing in the full equality of both female and male pastors.”

The letter reaffirms that “Both the current, and former Executive Committee of the Netherlands Union have in no way changed their position that equality of female and male pastors is a must. Following this, the administration wants you to know that all possibilities to reach full equality will, without any hesitation, be embraced. The methodology for reaching this has changed, but the position hasn’t.”

The original letter (in Dutch) and the English translation are included in full below.

When asked for comment on the Netherlands Union’s decision, Karg stated:

After an exhaustive analysis of the events that happened after we ordained a female pastor in 2013, we could only reach the conclusion that the matter of WO will not be settled at a Union level. The issue at hand is a Goliath. And as a Union, we cannot go near Goliath. The Division can. They are our David. If you cannot reach Goliath yourself, at least allow for David to have stones. The willingness of the Netherlands Union to enter into dialogue with the world church is our stone, and we will hand it over to our David for now.