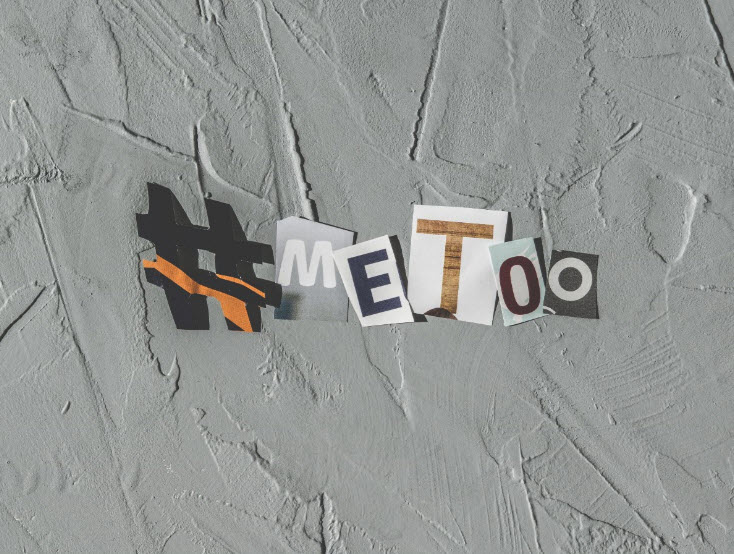 A few weeks ago, journalist Danielle Young at The Root published a recollection of her own #MeToo account. It’s worth the read. It’s not about being raped or molested. And for that reason, she almost didn’t write about it. It’s common for many to minimize their experience because it doesn’t involve being dragged into a dark alley and forcibly brutalized. But make no mistake: the indignities and assaults committed in broad daylight can also inflict their fair share of damage. One of the biggest reasons these events don’t get talked about is because women have often been taught that it’s better to be assaulted than be thought of as someone who is “dramatic.”

So we attempt to rationalize and even gaslight  ourselves — trying to convince ourselves that what we’ve experienced isn’t real . . .  or at least not that bad.  And of course, these beliefs aren’t merely generated from internalized lessons. They are often overtly and explicitly stated by others. This is especially the case when the perpetrators are well liked or popular. This is why harassment can seem hard to navigate even, and especially, if done publicly. Is it better to laugh it off? Go with the flow? The result is often uncomfortable smiles or giggles as if the situation is no big deal. Yet it is. For the aforementioned complex reasons, Danielle’s story of her encounter with acclaimed director John Singleton was met with disbelief and scorn by some. At the time I read her article, one of the top commenters accused the author of making up her account. This person, who claimed to be present during the encounter, noted that from their perspective the author didn’t appear uncomfortable all the while she was being inappropriately touched and leered at. Never mind that this was during a professional function and the perpetrator was essentially a stranger to her. She hadn’t made a scene, so she must’ve been ok with being groped and spoken to in a suggestive manner by this highly powerful man. But that’s the catch 22 — if you do “make a scene,” you’re looked upon badly then too. It seems like a no-win situation.

It’s a situation I know very well. I used to laugh when uncomfortable just like Danielle. I convinced myself that this defense mechanism would diffuse the situation. But, in one particular situation, one of my undergrad professors confronted me about my habit. “Why are you laughing?” he asked. “I don’t know — it’s nervous laughter, I guess.” He admonished me to retrain myself to not smile in unpleasant circumstances. He noted that my expressions should be congruent with my feelings. At the time, I thought his words were unduly harsh and somewhat paternalistic. Yet, I still took them to heart. It’s served me well, but it still doesn’t deter uncomfortable situations from arising.

When I began Seminary 17 years ago, less than 1/3 of the students were women (including doctoral candidates and off-campus students). And, from what I recall, I was the only woman who had been a Theology major who entered the MDiv program the term that I did (There were others before and after me). Because Theology grads and non-Theology grads had slightly different tracks, it wasn’t unusual to have only one or even no other women in any given class I was taking. This meant my study partners were overwhelmingly males. And they were also the people I had available to socialize with. Hanging out in the commons meant being surrounded by guys. Unless I wanted to be a hermit, that was reality. Thankfully, the majority of my classmates were respectful and friendly. But there were times when the conversations of some people veered in crass directions. One classmate in particular had a habit of engaging in crude jokes. Though I had learned to express my displeasure, it sometimes wasn’t heeded. My close friends assured me that this guy “meant nothing by” his offensive banter. He was a “really great person,” they assured me. I was encouraged to not be so uptight.

One day in a class he walked behind me and touched my waist. Like so many women, my initial instinct was to downplay it. “He just needed to pass me,” I rationalized. But I examined the situation logically: there was enough room to pass me without touching me. There were other ways to get to his destination without even being near me. Walking behind me and putting his hands on me wasn’t necessary. I confronted him. In no uncertain terms, I let him know that his actions were unacceptable. He defensively told me that he didn’t mean anything unsavory — he was in a committed relationship after all — he wouldn’t dare! I didn’t care about his rationale. It just needed to never happen again. And it didn’t.

The sexual jokes and sexist comments continued though. Other women were uncomfortable around him, too. One day sitting in the Commons with one of my male classmates, one of my Seminarian sisters walked by. She was visibly flushed. When she caught my eye, she came over and told me that this same guy had looked her up and down and made a lewd comment about her appearance. She was flustered and at a loss for what to do. I comforted her and decided that we would be proactive about this. Meanwhile, my study partner overheard. When the young lady left, he inquired almost in an accusing tone, “Why did she feel the need to tell you that about him?” Implicit in his voice was the same doubt I hear echoed in men defending popular predators today: “This sounds like you’re trying to ruin this guy’s reputation.” Never did it occur to these defenders that perhaps the men they’re holding in such high esteem don’t deserve the sterling reputations they have. I brushed off my friend. I had spoken to him several times before about this guy. It had fallen on deaf ears. Now, I had a different plan.

I went to the Dean’s office the next day. I outlined some of the issues experienced by me and by other women. I proposed that we have an assembly about it. I suggested we openly discuss what harassment was and how appropriate interactions between sexes should occur. This wasn’t just for my benefit or the sake of the other female seminarians — all of us would have to deal with members of the opposite sex in our churches out in the world. I was asked if any individual had done something to me personally. I noted that some things had happened and I had confronted the person. I didn’t name names. I still don’t know if it would’ve been better if I had. But my point had been that this was beyond one individual. It was the entire permissive atmosphere. It was about guys who may not tell the sexist jokes but who laugh at them nonetheless. It was about the men who themselves may be uncomfortable with inappropriate remarks but still remain quiet. This was about the women in ministry who admonish other women to stay silent in the face of disrespect: women who don’t “make waves” and don’t call out bad behavior for fear of being ostracized and isolated in a profession that is still overwhelmingly male. This is about the culture that encourages everyone to “go with the flow” and “not make a big scene.”

I would love to say the administration responded with decisive action. Alas, no. I have a lot of admiration for the professors and administrators I had in Seminary. And I feel confident that had I reported that an individual had violently physically assaulted me, they would have stepped in. But I was disappointed that this type of harassment — the out-in-the-open, public kind — was waved off as not being a big deal. Nothing was done. The single time I remember harassment being addressed by any of my professors was when one joked that if he had had to abide by current standards of avoiding harassment, he wouldn’t have ever landed a date with his now wife. His comment was met with hearty laughter. Hopefully, things have changed at the Seminary in the last couple of decades. There is now a female Associate Dean. I would hope her very presence has made a difference.

Lupita Nyong’o publicly addressed her encounter with Harvey Weinstein. She reported about how she extricated herself from a very threatening situation relatively unscathed. She has since gone on to have a successful acting career with no further incidents. She attributed her subsequent harassment-free years to having women in leadership.

She writes, “Fortunately for me, I have not dealt with any such incidents in the business since. And I think it is because all the projects I have been a part of have had women in positions of power, along with men who are feminists in their own right who have not abused their power. What I am most interested in now is combating the shame we go through that keeps us isolated and allows for harm to continue to be done. I wish I had known that there were women in the business I could have talked to. I wish I had known that there were ears to hear me. That justice could be served. There is clearly power in numbers.”