Women’s Ordination and the Euthyphro Question 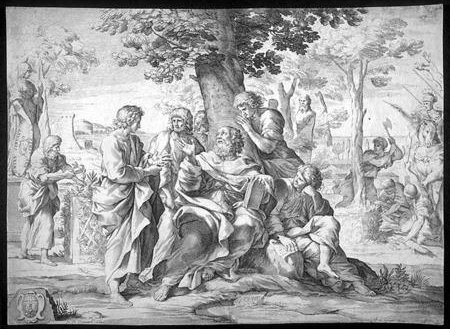 Women’s ordination (WO) is probably, at present, the most divisive issue being discussed in the Adventist church. The role of women in Christianity is, to be sure, not just an Adventist topic. Women have been subordinate in both religious and secular societies throughout history. But, within Adventism, the disagreement has escalated since 2013 when the TOSC committee (Theology of Ordination Study Committee) began to meet. Its final June 2014 report resolved nothing. Three proposals were presented for a (non-binding) vote at the end, with pluralities in favor of each. Two of the three options allowed for WO to some extent, and 62 of a possible 95 votes chose these options.

In 2015 the church’s General Conference (GC) session was held in San Antonio and a proposal for selective implementation of women’s ordination was defeated. Since then some church Union-level constituencies have chosen to continue to ordain women within their field, and the GC has sought to stop this practice. Consequently, part of the contention has to do with governance authority—what is the legitimate reach of church Unions vs. the GC?

The reasons people might have for siding either pro or con WO vary. The two main reasons, I perceive, for people believing that WO should be permitted are:

Pro-1: Theological—that pre-fall men and women were equal, and the priesthood of all believers is consistent with gender equality.

Pro-2: Moral—irrespective of Biblical support, every human being has an internal sense of morality—the conscience. And human equality is a fundamental belief of any adequately functional personal morality.

Conversely, I’ve perceived the two primary arguments proposed by those believing WO should not be permitted are:

Con-1: Organizational cohesion—the GC voted to deny church divisions autonomous authority to ordain women. Thus, the majority has spoken, and the matter should be settled.

Con-2: Theological—some believe in the doctrine of Male Headship which offers Biblical arguments for subordinating a woman’s role in religious activity to a man’s.

In my observation of the controversy, the most tightly held reasons driving the two positions are Pro-2 and Con-2. That is, opponents of WO believe that the Bible is opposed to it (Con-2), and they are trying to be faithful to its teachings. The proponents of WO more frequently argue on the basis of conscience (Pro-2), although a favorable theological argument may also be mixed in.

In what follows I wish to examine what the core difference between Pro-2 and Con-2 is philosophically.

One of Plato’s dialogs is titled The Euthyphro, named for the person Socrates is conversing with.  A good summary of the dialog’s “plot” (such as it is) can be found here. The central issue being discussed is this: What is the underlying moral rationale for Euthyphro to act as he plans to—which is prosecuting his father for murder. Socrates asks this key question (at Euthyphro 10a):

Now, while the question was written in a pagan context, it applies equally well within a Christian one. And it may not be evident just how foundational this question is. So let me unpack it.

Socrates is asking what grounds a person’s morality or ethics. Is it:

E2: some universal, absolute ethic that God also conforms to (“the gods love what . . . is pious”)?

The moral ground in E1 is “the gods” and in E2 is “what is pious.” In my experience, most Christians would choose: E1 (which is sometimes labeled Divine Command Theory). And the reasoning I have typically heard is that nothing is more foundational than God. So to suggest that there is something that even God must conform to seems somewhat blasphemous, or at least it appears to diminish God. This seems like a reasonable, God-honoring position at first look. But I will examine its problems shortly. The second choice (E2) posits that there is an absolute morality, and God embodies it fully, but God also must and does operate in full compliance to it. It doesn’t matter that humans often fail to live up to it, don’t fully align their consciences to it, or that there are many “edge cases” where discerning the proper moral choice is difficult. E2 holds that morality is not relative and is generally discernible without resorting to some revelatory source.

What is the Connection?

Now here is where I propose to connect the left and right parts of my title. Con-2, I assert, exemplifies the E1 side of the Euthyphro question and Pro-2 exemplifies E2. That is, those opposed to WO primarily base their view on a Biblical interpretation. Those in favor appeal primarily to a universal ethic—fairness and equality.

In my examination and tracking of the arguments advanced by those opposed to women’s ordination, the dominant one is that they think women’s ordination is unbiblical. The argument for organizational cohesion either is less often used, or they are sometimes proposed as a pair. But one argument I have not seen used, either at all or in any persuasive form, is that women are unqualified due to something innate in their gender. Occasionally, I see someone point out the obvious fact that men and women are not the same, but I have never seen anything remotely persuasive that would explain why such differences matter when it comes to ordination, or even, more broadly, pastoring—a distinction without a difference. And I have never seen those opposed to women’s ordination attempt a rebuttal to the Pro-2 argument, that is, to  explain why their presumed Biblical stance is consistent with a universally recognized ethic of fairness and equality.

The pro-ordination individuals, in my experience, appeal primarily to an internal and presumed universal ethic. And they seem somewhat bewildered that con-WO people cannot see that their con position is a violation of that ethic. While Pro-1 (theological basis) is sometimes appealed to, or given in tandem with Pro-2 (equality ethic), it seems to usually be significantly subordinated.

Thus, I assert, we have the two sides of the Euthyphro Question. The con-WO group is largely appealing to revelation which, they seem to suggest, is the ultimate grounding of authority (as is often expressed in the phrase: “God said it, I believe it, and that settles it”). The pro-WO adherents believe there is a knowable universal ethic that God is fully aligned, with but it does stand independent. Thus—in a sense—God cannot or will not violate it.

So, is this a stalemate? Is one side better grounded? I believe so, and the better position is E2 (God loves what is pious). If so, then the con-WO position is faulty and needs different and/or better justification. So now let me explain why I assert this as the implications are quite significant for the problem the church is struggling with.

Problems with Revelation as the ultimate Moral Grounding

1.       If God/Bible is the ground, there is the problem of how a person decides what is revelation and what is not. We are obviously not born believing the Bible is God’s revelation, so there has to be some criteria that is more foundational which would allow a truth-seeker to differentiate between different and inconsistent revelatory candidates—like the Koran or Book of Mormon. I think a lot of Christians just elevate the Bible by cultural osmosis. But, how can we justify accepting one choice over another if not by appealing to something more foundational? And I also have seen E1-Christians actually appealing to E2 if this problem is pointed out. But then, inconsistently, they want to also declare their morality is E1-grounded because, I guess, E2 somehow seems to diminish God.

2.       Consider how we define words like “good” or “worthy.” If our understanding of God is the ground for how we define such terms, then “good” is whatever God is or does. But then the phrase “God is good” becomes a tautology and meaningless. By substituting out the word “good,” we would get “God is whatever God is or does” which, in theory, could be anything. If, for example, you possessed revelation that stated that God approved of murder, stealing, pedophilia, or any typically recognized moral evil, you would be constrained to change your moral opinion to also approve of that which you likely formerly understood to be evil. In my experience, this idea is really hard for people to wrap their minds around, so think about it carefully.

3.       A Biblical counter-example (one of many possible): Consider the well-understood Adventist (and also broadly Christian) doctrine of Lucifer’s rebellion in heaven. The story has Lucifer trying to undermine God by persuasion, telling the angels that God was, essentially, not operating in their best interests. But, if the angels—unfallen beings and thus having sinless clarity of thought—were operating based on E1 (whatever God does/says is de-facto right), then Lucifer would have no possible persuasive opening. It is only E2 thinking that would allow them to even consider the possibility that God might be wrong.

This essay suggests that the women’s ordination issue (as well as some other contentious conflicts in the church) has, underneath the specifics, the problem of moral grounding, first articulated by Plato in “The Euthyphro.”  Analysis of the two choices produces, to the best of my understanding, a clear winner. If opponents of WO wish to gain traction more broadly, they need to “defeat” the case I have laid out here (which is certainly in no way original with me). Alternately, they can move their defense to rebutting the moral argument (Pro-2). I have tried to consider how I might successfully present their case and, frankly, cannot find any rebuttal. Consequently I align as pro-WO and would ask the con-WO adherents to think these arguments through carefully. Because a mere “God said it, I believe it, and that settles it” defense is inadequate.