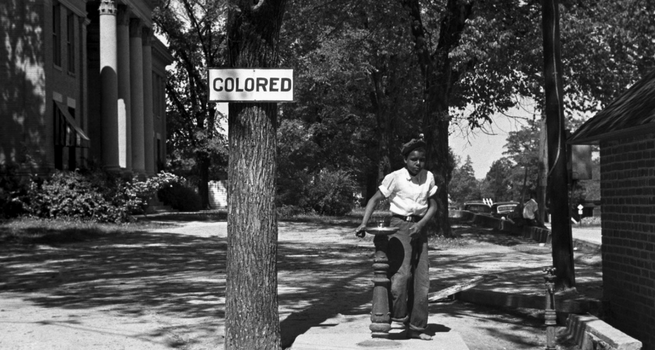 After months of delay, William Henry Branson, world president of the Seventh-day Adventist Church, decided he could wait no longer. It was time for action. Five months had passed, and the Supreme Court had not yet issued the ruling widely anticipated to overturn the Plessy v. Ferguson decision of 1896.

Like any informed observer, Will Branson knew the outcome was not in doubt. The court would overturn the ruling that had served as the legal foundation of racial segregation for nearly sixty years. But while Chief Justice Earl Warren continued efforts to ensure that the historic ruling would be unanimous, the Adventist leader decided to proceed with his move. On April 13, 1954, just over a month before the Brown v. Board of Education ruling was announced, Branson sent a general letter — historic in its own right — to the administrators of Adventist conferences and institutions throughout North America. In it, he called for an end to racial discrimination in all church organizations.

Realization that such a letter would have been needed in the Seventh-day Adventist Church is itself sobering. More sobering still — it took an impending Supreme Court decision rendering such practices illegal to prompt Branson’s letter, laudable as it may have been. And the sobering reaches an even deeper level when we read the General Conference president’s frank acknowledgement that Adventists were “trailing behind the procession” of major change in race relations. In fact, he warned, the Adventist Church was in danger of becoming “the last of the Christian bodies” to “chart a new course.”1

After hitting “pause” to absorb these realities, let’s rewind more than fifty years, and focus on a scene from the final Christmas Day of the nineteenth century. Why? Because this vantage point will enable us to see Branson’s acknowledgement of Adventist backwardness in race matters within a broader frame. In this perspective, a significance that we would otherwise miss, will become vivid.

As the nineteenth century drew to a close, a resurgent racist tide was sweeping away the hopes raised by the constitutional amendments and congressional enactments for racial equality that came in the dozen or so years immediately following the end of the Civil War and the abolition of slavery in 1865. In white America, sentiment for North-South reconciliation supplanted interest protecting the rights of black citizens, and white supremacists were permitted to tighten their hold over the South, harden the color line and extend legal segregation to all aspects of life.

Pseudo-scientific notions of a racial hierarchy headed by the Anglo-Saxon, infused with a strong dose of social Darwinism, gained a new hold over the nation’s elite classes. This mind-set legitimized subordination of black Americans nationwide. It also helped drive aspirations for national greatness as an imperial power on the world stage. Preachers, theologians, and editors wrapped it all in an aura of Christian benevolence — the duty of the strong to uplift the weak while maintaining firm control over the slow process.

Despite the dominance of this revitalized racism during the years often termed the racial nadir of American history, there were pockets of resistance. The Adventist preacher Albion Fox Ballenger was among those convinced that a Bible-believing, Holy Spirit-empowered Christian could not succumb to the national “capitulation to racism.”2

A few years later Ballenger would become entangled in bitter theological conflict with the Adventist leadership. In 1899, though, he was, with the explicit encouragement of Ellen White, engaged in itinerant revival ministry, his current assignment connecting him for a few months with a congregation planted in Washington, D.C. ten years before.3

The preacher spent part of his Christmas Day in 1899 writing up the monthly report that he needed to send to the General Conference secretary in order to draw his wages. Much of his report is mundane, even a bit depressive as Ballenger laments that his evangelistic sermons seem ineffectual. But then the mood quickly brightens when he comments on the congregation he is presently connected with.

This church is “a living miracle of the power of God, composed as it is of the two races,” he wrote. “The harmony which prevails is a great surprise to the members of other churches,” he added. Other churches? Well, that would not be other Adventist churches because this was the Washington church — the only Adventist congregation in the nation’s capital city in 1899.4

Ballenger’s letter is only an entry point to a story that unfolded in Washington, D.C. in the years surrounding the turn of the twentieth century. It’s a story of how Seventh-day Adventists in the nation’s capital, amidst an ominous surge of racial repression, made a remarkable attempt to counter America’s original sin with the power of the gospel. It’s a story that often inspires me, yet it is also a classic tragedy — the failure of a movement to sustain its enormous potential in meeting a historic opportunity, and the debilitating consequences of that failure.

The story suggests that it was not inevitable that the Adventist church would find itself “trailing behind the procession” half a century later. It challenges the assumption that craven self-interest and platitudinous passivity in the face of racial injustice and other societal evils are inherent in the Adventist spiritual DNA. It raises the possibility that by drawing on the deepest resources of its faith, the Adventist movement might have taken the lead in raising the gospel standard against racism at a time when the nation most needed it.

Parts of the story have been told here and there. But it remains almost wholly forgotten, absent from our shared historical memory. So, in this series, I want to tell it in episodic fashion. I want to tell it because despite its near invisibility it did in fact shape the American Adventist racial experience in countless ways down to the present. And most of all, I want to tell it in hopes that it might somehow help stir us to seek the power and wisdom of God in meeting a new moment of crisis and opportunity.

[1] W.H. Branson letter to all union and local conference presidents, managers of SDA institutions in North America, 13 April 1954, quoted in Delbert W. Baker, ed., Make Us One (Boise, ID: Pacific Press Publishing Association, 1995), 78-79. For an overview of events surrounding the Brown vs. Board of Education decision, see Harvard Sitkoff, The Struggle for Black Equality (New York: Hill and Wang, 2008), 19-25.