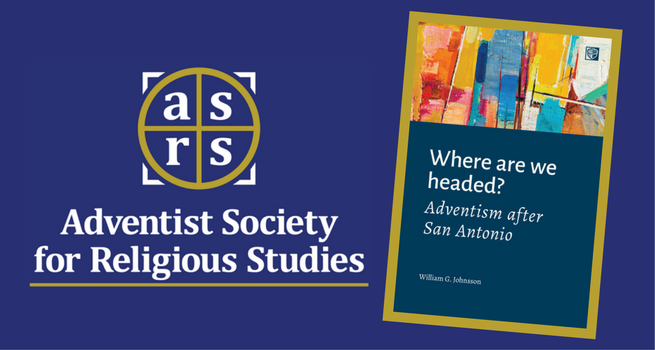 What a mutual friend called “an anguished cry,” William G. Johnsson called his “sharp points” of “a lover’s quarrel” out of “a heart of love.” After “a truly sad day for the Seventh-day Adventist Church” at the 2015 San Antonio General Conference Session of which he and many genuine long-time leaders of the church were ashamed, Johnsson recognized the exposed and widened “fault lines that have been developing for quite some time.” His highly affecting book Where Are We Headed? Adventism After San Antonio (Oak & Acorn, 2017) became his personal “Isaac” as he early on warns some of his friends and colleagues in the leadership of the church that even though it may give them heartburn, his intentions are redemptive.

Through the chapters, Johnsson tackles significant issues that seem to be dividing the church and out of which “two radically different versions of Adventism are competing for the future.” His attempt is to ask, and hopefully answer, the question of which of the two versions will prevail.

The Adventist Society for Religious Studies (ASRS) leaders have taken the seriousness of Johnsson’s sturdy call in which he tells it as he sees it “without beating around the bush.” We asked six younger scholars to reflect on Johnsson’s thesis and respond with short introductory positions, which were presented during the Sabbath Morning Panel Discussion at the recently concluded 2017 Annual ASRS Convention in Boston, Massachusetts.

The scholars included individuals who are enrolled in theological undergraduate education, the seminary, master and PhD level studies, as well as those who have recently completed their degrees and have embarked on teaching Bible and theology in Adventist universities. The intention was to have different groups represented from various geographic areas of the world as well.

The scholars, whose papers have been published on Spectrum, are listed below:

1. Danielle M. Barnard, an African-American student in the middle of her MDiv program at the Seventh-day Adventist Theological Seminary on the campus of Andrews University. Read Barnard's paper here.

4. Dr. Igor Lorencin, a New Testament professor at the German flagship Adventist institution of higher education, Friedensau Adventist University. Lorencin is originally from Croatia and prior to his appointment in Germany was teaching at the Adriatic Union Seminary in Marusevec. He completed his doctoral studies at Andrews University in the field of social circumstances of early Christianity. Read Lorencin's paper here.

We invite you to read the perspectives of these young scholars from Asia, Latin America, Europe, Australia, and African-American and white voices from North America, as they reflect on the overall theme and aspects of Johnsson’s book, and build a foundation for further conversation on Where Are We Headed? Adventism After San Antonio.

Zack Plantak is a professor of Religion at Loma Linda University.