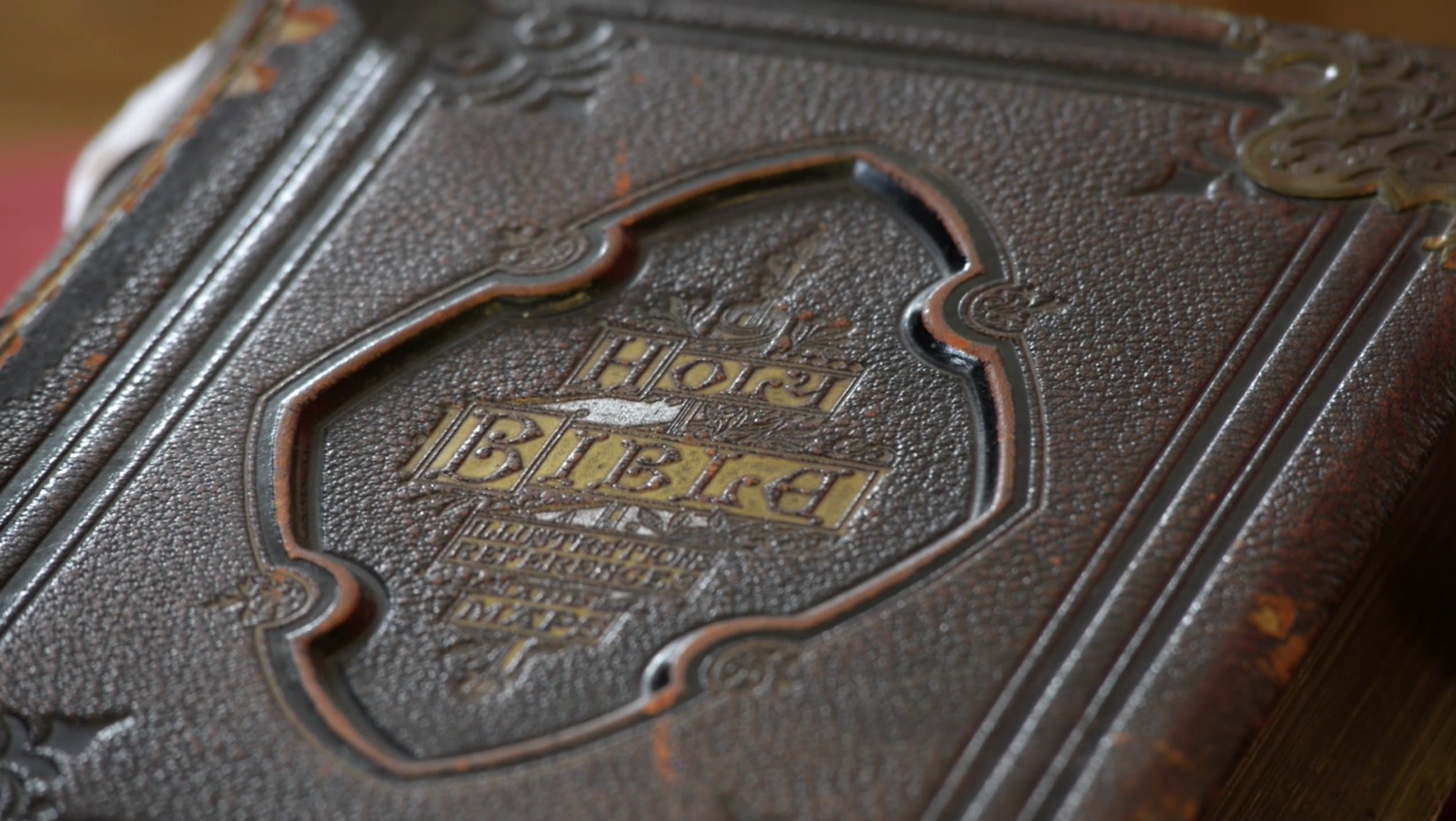 What is the common thread of the Reformation? In Reformation Journey, Victor Hulbert and Dejan Stojković have learned about massacres and burnings of so called “heretics,” where safety one day may be death the next. Alongside all the other brave actions of men and women of faith, their politics have played a strong part. Yet somehow, in every episode, the Bible has also featured strongly. Waldensian Christians wanted the Bible in their own language, Luther translating the Bible into German actually helped it achieve national identity, and study of the Bible led to strong, life-changing convictions.

So, for the final episode of Reformation Journey, we take a look at the Bible. Lynda Baildam, associate Librarian at the Roy Graham library in Binfield, England, is someone who not only loves reading, but is passionate for the texture, the binding, the look of books, ancient and modern. She may have ancient Bibles in her historic collection, but how does she go about reading it today?

The Bible had been translated before Luther’s time, but it was the printing that made the difference. Historian, Robin Anthony, shares some insights:

A common conception of the Reformation is of the Catholic Church hiding all the truth from the people by keeping the Bible in Latin so no one could read it. Along come the great reformers, who together with the printing press, organize the translation of the Bible and its distribution to the grateful masses, who huddle around the Bible, drinking in its words.

This isn’t exactly true, but it’s not completely false either. It’s absolutely true that the Reformation and the printing press go hand-in-hand, but their relationship is complicated, and it’s not always clear whose hand is leading whose. It’s true that people were grateful to have the Bible and to be able to read it for themselves, but that number of people was rather small, and vernacular Bibles were available in the main European languages by 1492.

Equally, the leaders of the Reformation wanted restrictions placed on who could read it: Luther’s attempts at schooling people were aimed towards creating an elite to direct religious and secular society, not to creating people who could read the Bible for themselves.

Calvin said that God “wants the bread to be cut for us, the pieces to be put in our mouths, and the chewing to be done for us.” Clearly, that means somebody “higher” has to do that for you, in Calvin’s case, the preacher. He wanted people to know what God said, but not necessarily directly from the Bible, which is what reformation finally came to mean.

As we learned in episode 5, traditionally, the Reformation officially started in Germany with Martin Luther, when he nailed his 95 theses on the Castle Church door, Wittenberg, on October 31, 1517. Those theses spawned a reaction across Germany and ultimately the rest of the world, and that is probably down to the wide variety of media used by the Reformers that helped send their message on its way.

The book industry had been around for about 70 years before Luther came along, and there was a thriving print industry in most cities across Europe. The book, as a concept, was still being played with. This was the period when people started putting in title pages, page numbers, and information about who did the printing. It was an evolving form, but it was also an expensive form because most people still couldn’t afford books. Printing was also heavily controlled and penalties for printing without license could result in losing the print-run, losing your equipment, or being physically punished.

Luther wasn’t even particularly well-placed in Wittenberg, as the nearby city of Leipzig took most of the printing trade. Wittenberg only got its first printer in 1502. But Luther was a man with foresight, and he soon partnered with a number of printers in Wittenberg, who were only too happy to work with a man who was responsible for large print-runs of books, which in some cases, ran into 600 editions, while previous print-runs would only reach double figures.

The cost for Luther’s New Testament for example, was still fairly prohibitive – about the cost of a pig ready for slaughter! This meant that only the very well off could afford it. Considering that about 100,000 copies of Luther’s New Testament were printed in Wittenberg alone during Luther’s life, at some point that cost would have come down. Luther’s efforts were responsible for about three million books during his lifetime.

While books were important to the spread of the Reformation message, what was probably more important were pamphlets. While most academic books were printed in Latin, Luther’s genius was to also print in German, which meant the audience could be much wider than the academic community. While the cost of a pig was out of the reach of many, the cheapest pamphlet could cost as little as three to four hours of work, and some were exchanged for a chicken or a pound of candle wax. This made them very cheap and affordable.

During the Pamphlet wars between Luther and his protagonists in the 1520s, 6,000 publications were distributed, and if each had a print-run of just 1,000, a very conservative estimate, that would be six million pamphlets across the German Empire alone.

Clearly, the Reformation was, at the very least, heavily dependent on printing for the spreading of its ideas. Equally, the Catholic Church also saw the importance of the printing press, and soon began to launch its own broadsides against the Protestants. Both sides became very quickly versed in the art of propaganda, both in print and visual.

The success of the Reformation is primarily down to how well it spread its message. The printing press was, you could say, the social media of the Reformation and that tradition continues to this day; committed Christians using every means possible to spread the Good News of the Gospel to as many people as possible. One can equally argue that today’s increasingly secular society aims to penetrate our minds with anything, but the beauty of the Gospel.

As we conclude this short Reformation series, we accept the challenge to take the Bible, now available in so many languages and myriad translations, and to value it, not just for the sacrifice of those “reformation heroes” who made it available, but because it tells the very real story about how “the Word became flesh and dwelt amongst us” (John 1:14). As Lynda shares her tips for reading this very special book, we hope you will also find it to be a special, life changing part of your treasury.

This story was written by Victor Hulbert and Robin Anthony and originally published on the Trans-European Division website.