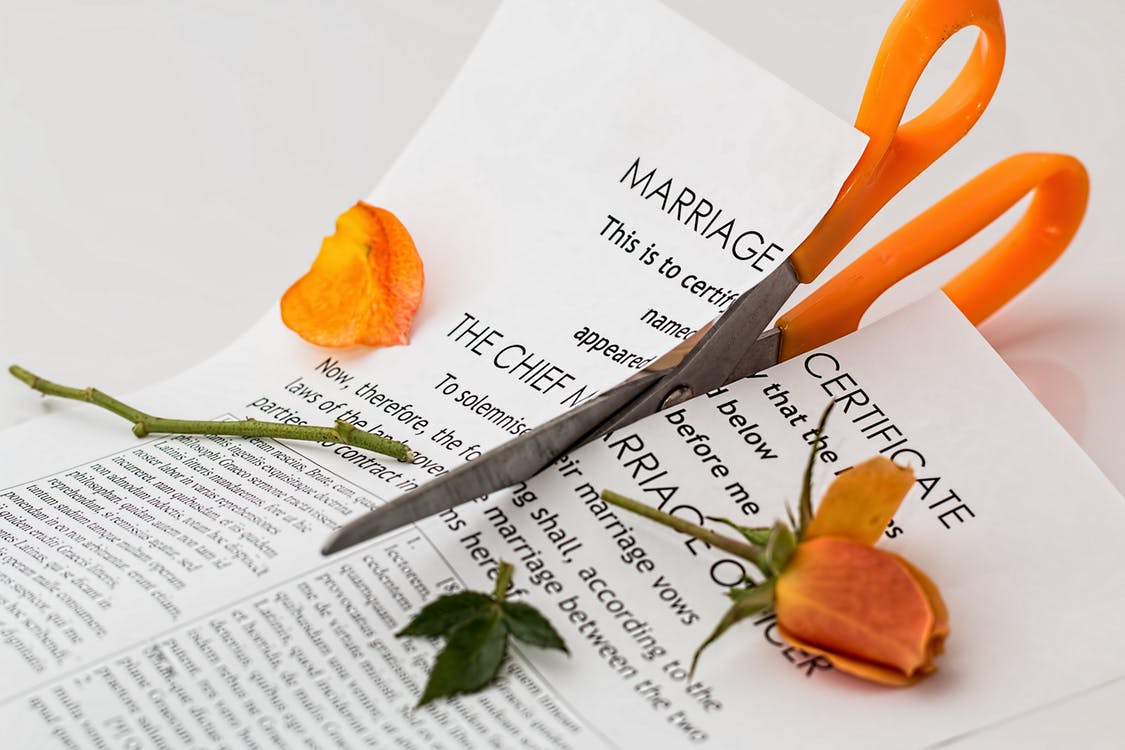 Freedom is one of the highest human virtues. People have fought and died to gain it. Freedom is also a dominant theme in the Bible. The word “free” occurs 98 times, “freed” 6 times, “freedom/liberty” 24 times (in the ESV). We all want to be free. Understanding the true nature of freedom from a Biblical perspective can offer peace of heart and an assurance of our standing before God. Paul tackles this topic in Romans 7:1–6, and to this passage we will focus our attention.

To explain what Christian freedom is all about Paul uses the analogy of marriage. In order to understand the analogy, we need to understand the role of the four entities involved: “Thus a married woman is bound by law to her husband while he lives. . . .  She will be called an adulteress if she lives with another man while her husband is alive” (Rom 7:2–3).

The first entity is the “married woman,” the wife.

The second entity is the first husband. He does not seem to be a very nice life companion because in 7:3 the possibility of a second husband is entertained.

The third entity is a potential second husband: “she will be called an adulteress if she lives with another man” (7:3).

The fourth entity is the marriage law which declares wife and husband married.

According to Jewish marriage law, a wife could not divorce her husband. She was bound to him as long as he was alive. So, if the wife were to live with another man while her first husband was alive, then she would be an adulteress (7:3). However, if her husband died, “she is free from that law” (7:3), i.e. free according to marriage law, to marry a second husband.

Paul takes this everyday reality, and in 7:4–6 gives it a spiritual dimension to explain how salvation works.

The wife represents believers. This is clear from 7:4: “Likewise, my brothers, you also have died to the law through the body of Christ, so that you may belong to another, to him who has been raised from the dead.” We were first married to one husband, but having “died to the law” we can now belong to another husband, to Christ.

How does one “die to the law,” i.e. not literally, but only legally? “Through the body of Christ,” (7:4) i.e. through His death and resurrection. Paul has already explained this thought earlier in Romans 6:3–4: “Do you not know that all of us who have been baptized into Christ Jesus were baptized into his death? We were buried therefore with him by baptism into death, in order that, just as Christ was raised from the dead by the glory of the Father, we too might walk in newness of life.”

Believers are the wife, and baptism is the death according to the law. Who is the second husband?

The second husband represents Christ: “that you may belong to another, to him who has been raised from the dead” (7:4). Through baptism a person dies according to the law. The old self is gone and a new life begins. It is therefore the moment of baptism that marks our separation from the first husband, and our attachment to the second husband, Christ.

But who is the elusive and unpleasant first husband from whom the wife wants to be freed? In his exposition of the analogy Paul explains: “For while we were living in the flesh, our sinful passions, aroused by the law, were at work in our members to bear fruit for death” (7:5).

The first husband is our sinful passions! Before coming to Christ, a person is bound to his/her sinful passions without possibility of release in the same way a wife is attached to a nasty husband without possibility (under Jewish marriage law) of release. Paul has already made this point earlier, in Romans 6:6–7: “We know that our old self was crucified with him in order that the body of sin might be brought to nothing, so that we would no longer be enslaved to sin. For one who has died has been set free from sin.”

We need to pause here for a moment here. Modern commentators, unfortunately, when thinking of freedom, think of freedom from the law of God. But in contrast to them, Paul did not desire freedom from God’s law. He rather maintained that the law “is holy and righteous and good” (7:12— notice the present tense “is” as opposed to “was”), “is spiritual” (7:14), and something in which Paul delighted (7:22).

In the analogy of the wife and two husbands, Paul explains that this freedom from the “body of death” happens when a person accepts Jesus Christ as Savior and Lord and is baptized. When this happens, the power of sin is broken, the first husband is no longer a domineering force. Before baptism, believers were bound to their sin (the first husband), but in baptism both they and their sinful nature die as far as the law is concerned (death of spouse), and now we can legally be married to Christ (the wonderful second husband).

In the spiritual application of the analogy, marriage law represents God’s moral law, primarily the Ten Commandments. Before we accept Christ, it declares us sinners and bound to our sins. It cannot set us free; neither is it bothered to. It is totally objective, impartial, and disinterested. It just states the facts, like the marriage law did in the analogy.

But when a person has “died” in Christ, the law declares our sins as no longer binding us. Now we are free from sin in Christ. Now that we are joined to Christ, the law is still there, just as the marriage law is there in the analogy in the marriage to the second husband. It defines what is right and wrong. But since we are married to Christ who has paid the price for all our sins, we are no longer under condemnation. The second marriage, is at last a happy one, where the wife, believers, finds true freedom from guilt and its penalty.