Toward a Latin-American Adventist Theology Part 1: The Praise of Gullibility

Toward a Latin-American Adventist Theology Part 1: The Praise of Gullibility 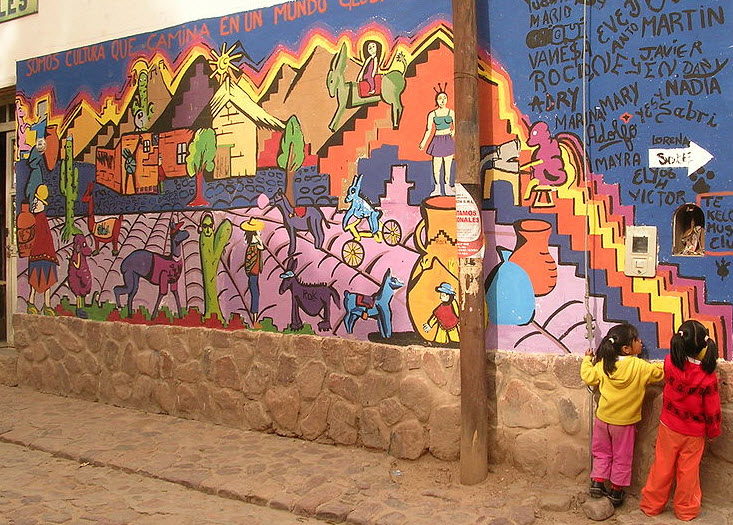 Latin-America is a complex, heterogeneous continent, as is Latin-American Adventism itself. Yet, in this diversity, there are many shared cultural, historical, linguistic and religious commonalities. One is, according to Mexican cultural analyst and literature Nobel Prize Octavio Paz (1914-1998), a perennial “identity crisis,” nourished and entertained by the uncertainty of not knowing what we exactly are. Are we peculiarly Amerindians or simply indigenous? Visionary immigrants or common colonists? Hopeless mongrels or creative hybrids? Argentineans as much as Bolivians, Mexicans as much as Chileans, express this common “identity crisis” in contradictory and paradoxical ways—sometimes by removal or sublimation, sometimes by exacerbation or radicalization. And Adventism itself has also become a way of coming to terms with this “crisis”—a kind of antidote and cure. But, as often happens, the best therapeutic strategies can produce collateral effects that, in the long term, paradoxically might radicalize and worsen the original problems they intended to cure. Is today’s Latin-American Adventism an aggravated form of this perennial “identity crisis,” a way of escaping from it, or is it a propulsive and experimental space where a new cultural and religious identity is being shaped for a better future? The answer is not yet clear, notwithstanding the good intentions, the numberless annual baptisms, and the transversal and diffuse institutional reinforcement. Because all this, though necessary and important, expresses mainly “growth”—a quantitative concept—but not necessarily religious and cultural “development,” which is a qualitative category.

And the first topic we need to address, in this reconstruction process, is the question of God himself. Which kind of God does our theology, practice, and mission really imply? Here we need to remember a too-frequently overlooked fact. That the true understanding and image of God is not only given by the doctrinal statements a church makes about him. The implicit non-religious presuppositions of God—cultural, sociological and psychological images—are often more determinant in establishing the condition, nature, and final profile of a faith experience.

1. The Evangelization of Latin America: “A Despotic and Conquering God”

In January of 1492, Spain had finally finished driving the Moors out of the Iberian Peninsula. The end of this war helped feed religious fervor among the Spanish, as did Pope Alexander VI’s  1493 proclamation “Inter Caetera" in which he authorized Spain and Portugal to colonize the Americas and convert its indigenous people to Christianity. In addition, after 1517—the beginning of the Protestant Reformation—Spain became the great defender of Roman Catholicism. And the New World was the perfect place for Spain to recapture souls it had lost to Protestant "heresy" in Europe. Mendicant friars, also known as Dominicans and Franciscans, traveled throughout the New World converting the natives as they went. The Jesuits, founded in 1540, also played a major role in proselytizing in America. Together, Spanish priests were able to make nearly the entire population of Latin-America into Catholics, at least in name. But the final result was a double deformation. On one side the worshiped God became a tyrant and despot, and on the other side believers became merely condescending and submissive worshipers, unable to fully participate in the religious experience and make their voices heard.

Secular historians and Christian analysts have described this process as a forced conversion—unfortunately true but belonging to a darker past age. What is less known though, and harder to see, is that a hierarchical and arbitrary religious paradigm, with the double image of an authoritarian God and submissive believer, survived even within the evangelical and Adventist churches which pretended to overthrow the classical catholic paradigm. This authoritarian model unfortunately still remains within Latin-American protestantism. In fact, it has been updated, albeit with a different legitimation. The image of an intransigent and an uncompromising God, which for centuries was “ecclesiologically” based, is now “biblically” supported and enforced, a very “protestant” turn—for better or worse. Neither the catholic religion in the 16th through19th centuries, nor the Anglo-Saxon protestant religions in the 19th through 21th centuries, have really been able to overthrow this authoritarian paradigm based on a deformed image of God.

2. The Pragmatization of Latin American Religion: “A coherent and efficient God”

Protestantism in Latin America has always criticized and even stigmatized the Catholic church for having introduced such a superstitious and authoritarian form of Christianity. Such criticism is certainly valid. But it overlooks the fact that the social structure of that political and religious conquest, although hierarchical, was still somehow inclusive. Although natives were at the bottom of the social pyramid, they were included and felt they belonged, even within such an unjust system that paradoxically still acknowledged them. This was not the case with the Anglo-Saxon settlement in North-America. The Spanish conquest was terrible but not an extermination. The protestant Anglo-Saxon subjugation instead became an aseptic cultural and ethnic cleansing which did not create any kind of inclusion or even interaction with the natives. The despotic, authoritarian-though-inclusive Catholic God in Latin-America had a most-feared rival in the efficient-though-exclusive Protestant God in North-America. The Protestant God of the Anglo-Saxon settlement in North America was a solipsistic God, reactionary toward inter-cultural dialogue.

And things got more complicated when that kind of God arrived in Latin America. Protestants thought to evangelize Latin America but, as much as Catholics did in the 16th Century, they also deformed the image of God in their own way, in the “protestant fashion." This protestant version is an efficient God but not very dialogical. That is visible in the intransigent, pragmatic, and non-consensus structures evangelical and Adventist churches defend and preserve in Latin-America today. But the more fundamental modification that protestantism introduced in Latin-America was a non-religious element at the core of the religious experience. The spontaneous anthropological orientation toward divine belief, even though mixed with superstition and heresies, was substituted with belief in correct doctrine. Latin Americans sold out to protestantism—as Esau sold his birthright to Jacob—their cultural richness of an immediate belief capacity for a more correct and coherent doctrinal understanding. In doing this, belief was transformed from an “attitude” into a “knowledge.” And this efficient and pragmatic understanding of God, typical of protestantism, leads through a slippery slope path, finally presupposing and depending on the a-religious formula “Etsi Deus non daretur” ("as if there were no God"). But can a true religious experience start with a rational, intellectual, or practical equation? I don’t think so. And here, in this point, Latin America has a say.

3. Latin American New Evangelization: “The God who is here”

What is the strength of Latin-American Adventism? Baptisms, membership growth, orthodoxy, institutions, doctrines? None of these. Latin-America’s cultural and religious strength is the capacity of immediate belief that neither catholicism nor protestantism have taught us and that our heterogeneous communities have cultivated for centuries. This is what I call “The Virtues of Gullibility.” In contrast, a non-immediate attitude of believing (“Etsi Deus non daretur”), as developed and massively diffuse in north-hemisphere and Western societies, represents a cultural involution, not progress. Westerns can eventually teach Latin-Americans and south-hemisphere Christians more accurate religious and theological information, but if the essence of religion is the attitude of true and immediate believing, Westerns have incapacitated themselves to do this by building efficient and autonomous systems that are structurally a-religious.

This ability and pleasure for believing is certainly not new in Latin America. In his book El ogro filantropico (The Philanthropic Ogre), Octavio Paz suggests that Latin-American creativity does not express itself in art, philosophy, science, or law as much as in the capacity of immediate believing—as for instance expressed in the “Virgin of Guadalupe”  (Virgen de Guadalupe/Mexico) or  “The Lord of Miracles” (El Señor de los Milagros/Peru) massive social phenomena. This particular religious sensibility and capacity has been studied by Jacques Lafaye in his popular book Quetzalcoatl and Guadalupe. The Formation of Mexican National Consciousness” which is a key reference for understanding contemporary Mexican culture and is regarded as one of the most comprehensive analyses of Mexico’s colonial period.

Gullibility has a double face: that of the easily deceived, exploitable, unwary and unguarded, but also of the trusting, innocent, enthusiastic, spontaneous and cheerful believer. Religious gullibility is certainly not adequate alone. It cannot be the sole ingredient of a real and balanced faith experience, but it represents and expresses at best the essence of faith, which is not a rational or pragmatic equation but an attitude of the whole being in pre-rationally affirming trust in God. In this sense, Friedrich Schleiermacher, the founder of modern theology, was perceptive when he defined religion as the feeling of absolute dependence, or as the consciousness of being in relation to God.  In his “Addresses on Religion” (1799) he wrote:

“Religion is the outcome neither of the fear of death, nor of the fear of God. It answers a deep need in man. It is neither a metaphysic, nor a morality, but above all and essentially an intuition and a feeling. ... Dogmas are not, properly speaking, part of religion: rather it is that they are derived from it. Religion is the miracle of direct relationship with the infinite; and dogmas are the reflection of this miracle."

This immediacy of believing is not alien to the Bible. And Jesus himself describes it as the essence of a true faith (Matthew 6:25-34). We cannot generate God in our lives with a correct idea or a coherent practice. “Religious gullibility” reminds us of God’s ontological precedence, of his ontological abundance, that only an immediate gratitude can perceive and make our own. This is the task of a needed “Enchanted Dialectical Theology” which, while affirming God immediately, doesn ot stop being critical. And, in this, Latin-American Adventism can give a partial, but certainly positive, contribution.