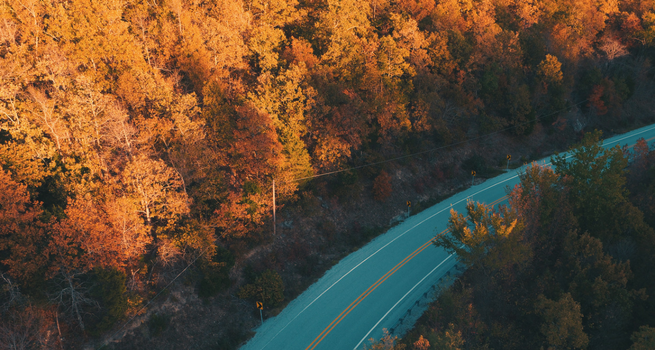 He said to them, “Take nothing for your journey, no staff, nor bag, nor bread, nor money—not even an extra tunic.” — Luke 9:3

When He called us together finally, it was in order to send us out together alone, without Him. We had been with Him long enough to know that He did not stand on protocol. In fact, He did not stand on much except faith in the ineffable Spirit of God, a gossamer thread that was subject to stress with us but was a linked chain of cast iron for Him. So, when He said He was sending us out with power and authority to throw out demons and heal diseases and generally talk up the good news of the kingdom; it was the release of breath we had been holding since we first met Him.

I’ll be honest with you. I remember that moment with crystalline clarity because I was terrified. He was asking us to go out into the hills, where people had been out of work for months, where opioids opened some doors and closed others forever, and where a gun in the hand was worth two in the cabinet. Demons and diseases, devils and dust, there was scarcely an upside to this.

But I went. We went, Andrew and I, and the others, two by two. What the hell, I thought, it’s time to take Him at His word.

There is a lightness in just going, nothing in hand, and no clear plan for the end of day. The first town off the interstate that we came to we headed for the 7-11 and asked who might be sick in town. It took persistence.

“Are you doctors or something?” asked the kid behind the counter. He didn’t bother to get up.

“Not exactly,” said Andrew, “but we can help.” The kid didn’t say anything. He looked out the window at the pickup next to the pumps.

“Talk to Roy,” he said finally. “His mom’s been laid up for months. You want some buffalo jerky?”

I shook my head.

“Heh Roy,” said the kid, “these guys can help your mom.” I turned as a tall man with a scraggly ponytail came through the door.

“Why you talking about my momma, Craig?”

“These guys said they could help.”

“That true?” he asked. “Here’s ten for the gas.” He dropped the bill on the counter and stepped back.

“Are you doctors or something? Preachers? ‘Cos we’ve had enough of preachers up here. Can’t trust ‘em.”

“I know it sounds crazy,” Andrew said, “but we’ve been given power to heal.”

“I don’t have that kind of money,” said Roy. “Not interested.”

“No kingdom around here,” laughed Craig. ”What you talking about, kingdom? Jesus!”

“In a manner of speaking, yes, it’s about Jesus,” said Andrew quietly.

I sat in the bed of the truck while Andrew sat up front. I didn’t feel like being crowded as three men in a space for two. Besides, I wanted to savor the strangeness of the moment: how was I in the back of a pickup truck high in the hills of Appalachia near sundown to find some woman with God knows what illness and to heal her? And then what?

We turned off the main road after ten minutes and jounced down a dirt track beneath an arch of trees and vines. At the end was a stained double-wide trailer in a clearing with a wooden hut nearby and a rusting 1981 Ford truck up on blocks. Roy braked to a stop and switched off the engine. We got out.

“I don’t know how she is today,” said Roy. He looked down. “I talked to her yesterday. She doesn’t take well to strangers.”

I tried to imagine her life here, how she waited for her son to come by, maybe watched television and smoked in the evenings. There were cigarette butts everywhere on the ground around the steps.

“Shall we go in?” said Andrew gently. Roy rapped on the door.

“Is that you, Roy?” came a voice from inside. The door opened a crack and then wider.

“It’s me, Momma,” said Roy, and he swung the door open enough for us to see the woman inside. She stood, clutching the door frame with one hand, the other pulling a robe together across a thin chest. She wore jeans and slippers and a Batman T-shirt that was frayed and dirty. Her hair was long and gray, with yellow streaks, and hung limply around her shoulders. She looked right through us and put out a hand.

I realized she was blind when Roy gently touched her shoulder and turned her to the inside.

“Come in,” he said to us. “You can sit over there.” He pointed to a table in the back with a built-in window seat and two folding chairs. He guided her to the table and steadied her as she sat down and slid behind it. He stood awkwardly next to her.

I sat down in one of the chairs. Andrew made as if to sit down but then straightened again. “I’m Andrew,” he said, “and this is Thomas.”

The woman across from us put out her hand.

She didn’t pull away, but her back stiffened. “With what? How?” she said. “Roy, what’s this about?”

There was a pause. Roy looked at Andrew and then at me. “Well,” he said hesitantly—.

“You’re blind and we can help,” I cut in. I realized how that sounded, but I rushed on. “We can heal you if you’ll give us a chance. Really,” I added lamely.

She laughed bitterly. “And how much is this going to cost me?”

“It’s a gift from God,” said Andrew simply. “Just that. We know someone.”

There was silence. Roy shifted uneasily.

I took her hand in both of mine. The skin felt dry and cold, cracked across the knuckles and reddened in places. I licked my lips; I was sure my voice would break.

I glanced at Andrew. He nodded. I took a breath and looked up . . .

I must have drifted for a moment because when I came to myself He was saying, “Look, now I am sending you out. I’m giving you authority over demons—all of them, and power to heal and to announce to people that the Kingdom of God is here.” He smiled: “Bring them peace and travel light. If they don’t want you, leave and go to the next town. We’re not in the business of forcing anyone.”

Later that afternoon, before we left, I took out the battered copy of Rilke’s Book of Hours that I always carry in my backpack and read this:

God speaks to each of us as he makes us,
then walks with us silently out of the night.

These are the words we dimly hear:

You, sent out beyond your recall,
go to the limits of your longing.
Embody me.

Flare up like flame
and make big shadows I can move in.

Let everything happen to you: beauty and terror.
Just keep going. No feeling is final.
Don't let yourself lose me.

Nearby is the country they call life.
You will know it by its seriousness.
Give me your hand.