Oops! The Best of Intentions

Oops! The Best of Intentions 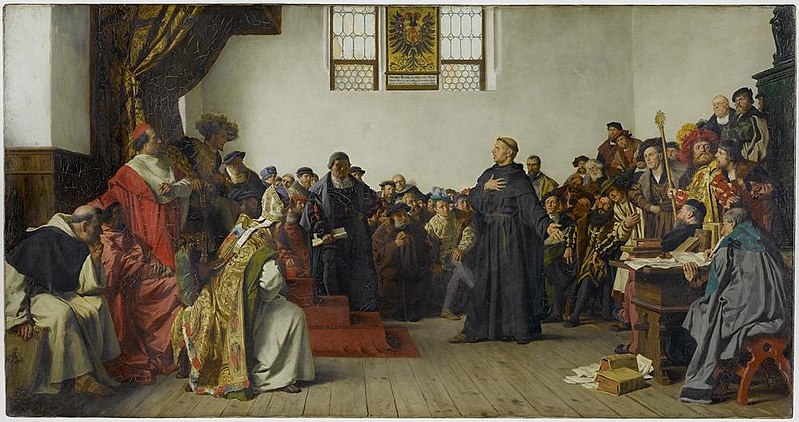 We always celebrate protesters after the protest is over. In that moment, though, the people living through it find it hard to possess an appreciation for those who usher in change. Five centuries after penning his 95 Theses, Christians worldwide commemorate the heroic actions of theologian Martin Luther, which spawned the Reformation. Quite different from the dramatic nailing scene that has been captured in popular retellings, most Lutheran historians agree that it was likely a much quieter gesture at first. He wrote letters outlining his concerns to church leadership in private correspondence. It was after he was rebuffed that his outline of grievances was posted on the infamous church front door. Posted there, Luther’s treatise caught far more attention than his initial private attempts to convey his criticisms.

The news of Luther’s critiques created a spark that became a fire. His suggestions for church reform took on a life of their own—on a far larger scale than he had originally intended. You see, Luther was a Catholic. He wanted to stay a Catholic. He just wanted to help improve the Catholic church he loved. It was not his intention to become anything but a better Catholic. Instead, he split the church. Oops!

This is a typical theme in history. After all, Christ was not a Christian—neither were His disciples. They were Jews. The Apostles did not set out to be anything but Jews faithful to their heritage who proclaimed that the fulfillment of the Jewish Messianic prophecies had indeed come. Alas, despite their intentions, this “new light” to the faith created fissures that spawned a new religion entirely. At a point, a line was drawn: the followers of The Way were not Jews—they were Christians. But they had wanted to remain just Jews. They simply wanted to help bring the Good News to the Jewish faith they loved. It was not their intention to become anything but better Jews.  Instead, they split the faith. Oops!

Though they are esteemed ecclesiastical giants now, Luther, the Apostles, and even our Christ, were considered rabble rousers and trouble makers by their contemporaries. Why not leave well enough alone? No one asked them to “improve upon” or “give light to” anything or anyone. No one put out a suggestion box or solicited their thoughts. Remaining aligned with the tried and true ways of centuries gone by ought to have been good enough! Rarely are reformers readily embraced within their own time. Only decades and even centuries removed do we finally appreciate their bravery, contributions, and candor. And those who were, at the time, thought to be “defenders of the faith” are remembered as people who stubbornly opposed progress.

In 2017, there’s no shortage of protests for justice and equity and reform — both in our church and the wider social sphere. Contrary to what their opponents might say, the objectives of these would-be reformers usually aren’t motivated by nefarious schemes. They don’t want to cause schisms. The intention is to move forward in progress—unified progress. Yet, if one part of the group (be it a church or even a nation) adamantly remains unmoved while the other presses forward, there will inevitably be a division.

No one welcomes division. It’s always looked at negatively. And it’s not something I endorse. At the same time, we must admit that, obviously, God’s hand was in the forward momentum that created the Christian faith. And God was guiding the Reformation and birth of Protestantism. Present-day reformers are again being called by God toward progress. As we look forward to the future of the Adventist church, we have a choice to learn from the past. How we apply history’s lessons to our current situation remains to be seen. NAD President Dan Jackson addressed his fellow leaders at the Fall Council noting, “We have no intention to split the church.” But who knows if we will march into the future united or if it will be another “Oops.” Should Christ tarry, will the next generations tell our story beginning with the line, “There was no intention to split, but . . .”? And if that happens, is it possible that history will look at that moment of reformation with an appreciation that we in the present can’t yet possess?