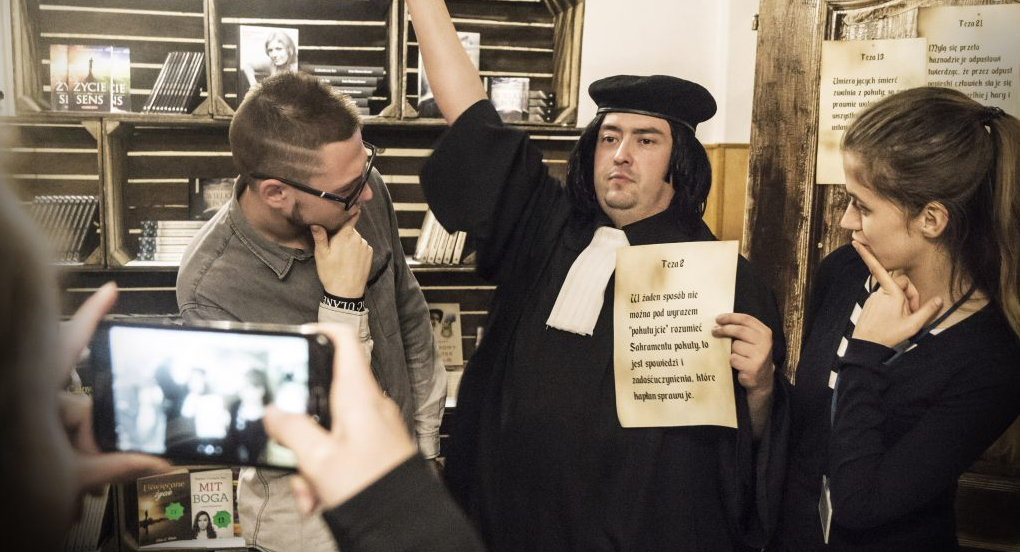 An old-fashioned door. 95 theses. Nails splintering wood. This is not a picture from 500 years ago. This is how young Adventists from Poland are presenting the Reformation today on the 500th anniversary of Martin Luther nailing his 95 theses to the Wittenberg Castle Church door.

A black wig, beret, and monk’s garment transform a young man into a live version of the well-known painting of Martin Luther by German Renaissance artist Lucas Cranach the Elder.

A group of young Adventists carry the old-fashioned door into Krakow’s main square in Poland. The market square is a historical spot in Europe that receives over 12 million tourists a year. Once in the square, “Luther” begins preaching and nails his 95 theses to the door. Each thesis was created by hand. “This is how we told the story to be noticed and heard,” said Michal Rakowski, a 26-year old PR manager and lay activist.

The idea began at the start of 2017. “Just before Global Youth Day, we were wondering how to show Luther’s legacy to the general public and in the most accessible way we could find,” Rakowski recalls.

Catholicism is the main religion in Poland with 92% of the population identifying as such. In a country with 40 million people, there are only 5,000 Seventh-day Adventists. This was a challenge when it came to preparing relevant Reformation content for the general public. 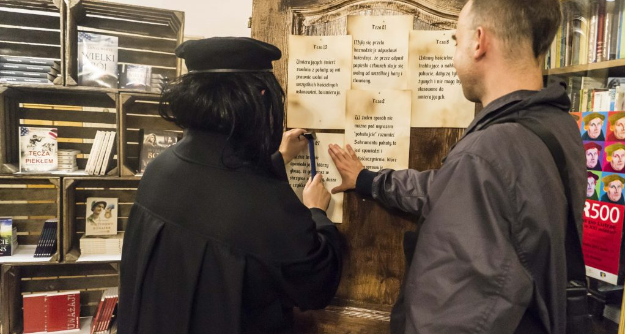 After much discussion, they decided on the reenactment, which happened in five of the biggest cities in Poland. Krakow was one of those cities where the Luther reenactment coincided with last week’s International Book Fair in the market square.

The well-known book fair was visited by 70,000 people this year, including literature celebrities Dan Brown and Eric Emmanuel Schmitt. The appealing and attention-grabbing Luther reenactment drew visitors to the Adventist booth and made it a very popular destination, with over 10,000 visitors.

In addition to the reenactment, the Adventist booth featured leaflets from Signs of the Times, books including The Great Controversy and Ben Carson’s Gifted Hands, Hacksaw Ridge books and DVDs, and other materials about the Seventh-day Adventist Church.

The Adventist Church in Poland prepared some additional resources, including 20,000 copies of a Signs of Times Magazine edition dedicated to the Reformation, and information on the “Lineage” and “Reformation Journey” video series. 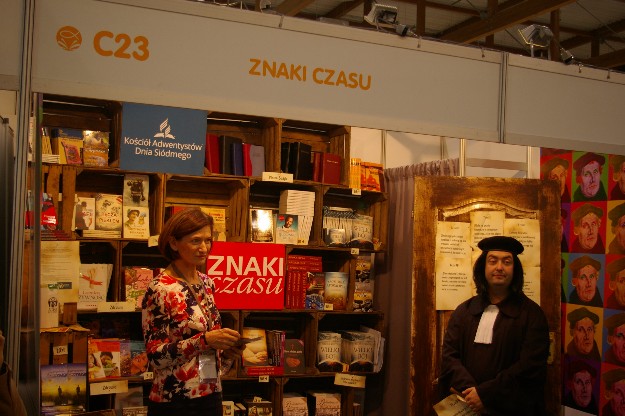 “Most importantly, thousands of people came to visit us, usually at first paying attention to our original design and the actor playing Luther and then getting to know Adventism, very often for the first time ever!” said Rakowski.

Another recent milestone for young adults in Krakow was a scholar conference they organized. Professor Zbigniew Pasek, one of the most highly-regarded Polish specialists of religious studies and Protestantism, was one of the keynote speakers.

“Luther was a real human, not without flaws. We don’t need to treat him as a saint,” said Pasek. Additional presentations by a Lutheran priest, a philosopher, and an Adventist pastor also took place. All of the attendees answered questions such as these: “The Reformation 500 years after Luther: does it matter in the 21st century?” Yes, it matters, and we shall start the Reformation of our hearts everyday was one of the conclusions from the audience. 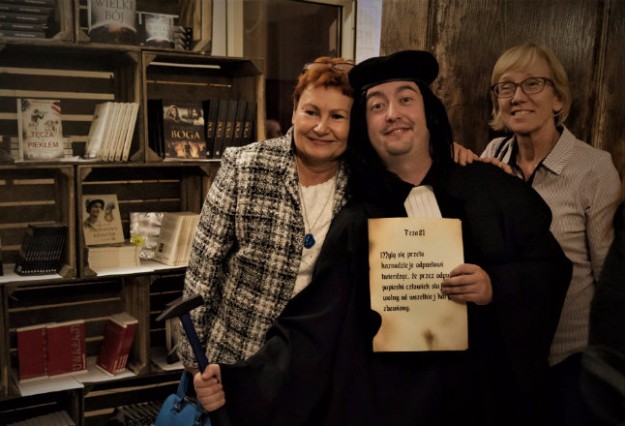 “The Reformation is vital when it comes to the way we talk about the most important message under the Sun,” shared Rakowski, who is a Sabbath Sofa leader in Poland. This importance is why he and his team worked so hard on projects such as the Luther reenactment, the book fair, and the scholar conference.

The Andy Warhol-inspired painting, which links modernism to the 16th century, was one of the features that greatly appealed to the general audience, organizers reported. Many volunteers were involved in bringing this project to fruition, and the design team members had their hands full. 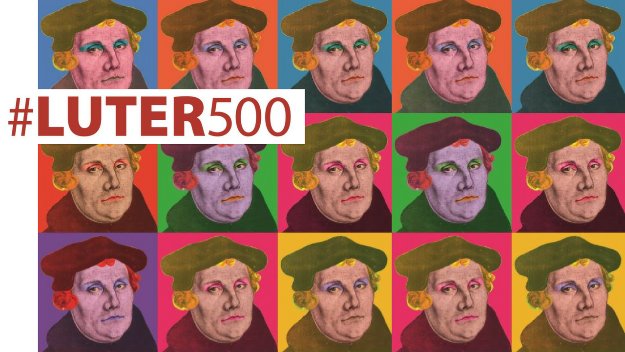 “Totally worth it, when it comes to new friendships we made at the book fair, local media covering the Luther conference, and the fact there were no free chairs left at the event, and people stayed to listen to the whole discussion, this was something we’d never experienced before,” said Rakowski, unable to hide his excitement about sharing the Adventist faith in a creative and relevant way for fellow young people.

Special thank you to Michal Rakowski and the Adventist Church in Krakow for sharing this information with us. Visit their webpage and Facebook page for more photos of the event.