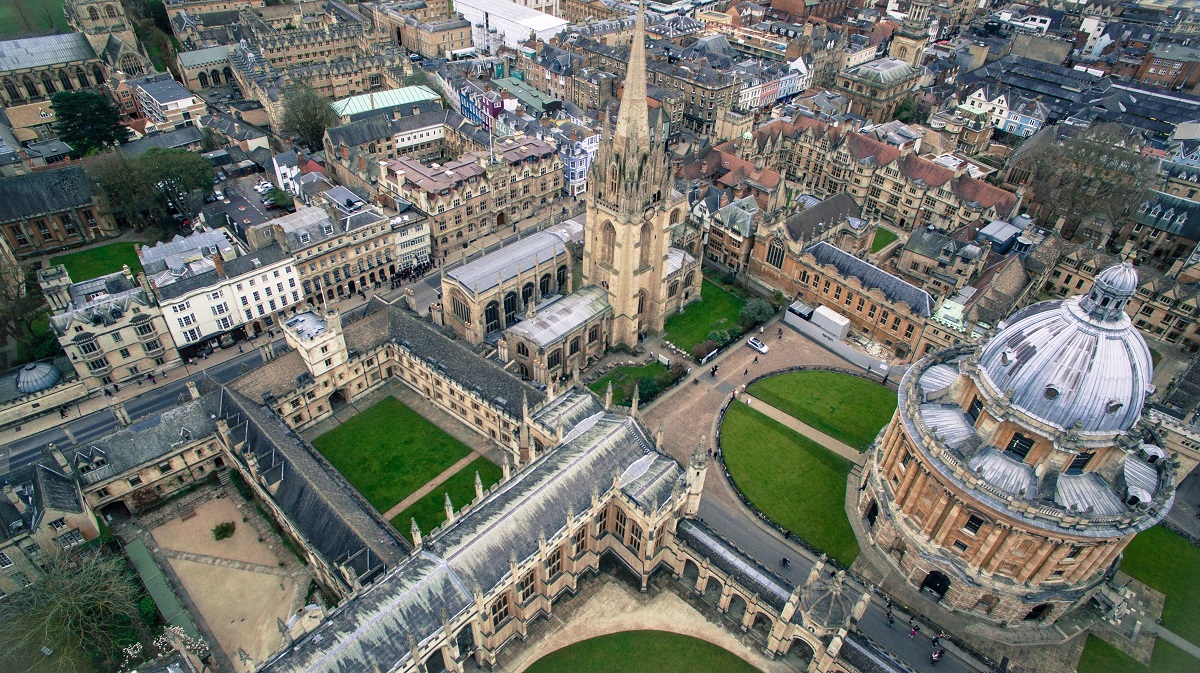 Is your faith worth dying for? In theory we often say yes. After all, Jesus died on a cross for us, and none of the apostles died a natural death. Yet would we, really? Maybe sometimes we just feel that we are simply dying in church!

In part four of Reformation Journey, “Keep Asking the Questions,” David Neal shares something of his life growing up in the university city of Oxford. Today he is an active, passionate, committed minister, but in his teenage years he found himself in theological turmoil, questioning God, the Bible and especially, the free gift of salvation.

David finds himself in a long line of Oxford residents who found themselves asking the same questions. Among them were three martyrs: Hugh Latimer, Nicholas Ridley, and Thomas Cranmer.

In part one of Reformation Journey, Victor Hulbert and Dejan Stojković learned the fate of Waldensian Christians in the south of Italy who were massacred for the “sin” of reading the Bible in their local tongue, and for preaching the gospel.

Sadly, such stories were repeated in many parts of Europe, including seats of great learning such as Oxford, where Bibles were burned in the market square.

Standing in Broad street, David, Dejan, and Victor think back to 1556 when it was a thriving hub just outside the city wall. This was where the Oxford Martyrs, the Bishops Latimer, Ridley and Cranmer, were burned at the stake for their religious beliefs and teachings. How could freedom of thought in a university city lead to such a dire end.

In episode three we learned that the Reformation was partly an argument about authority. Is it from the Church, which has existed through the centuries, or does scripture come before the church? Is scripture your authority? Either way, the Reformation brought into focus this idea that whatever side you choose, you are ultimately responsible for that choice and its consequences. For some, that consequence led them down the path to pain, suffering, and ultimately martyrdom.

In England, despite the attempt at a Reformation by the boy-king, Edward VI, who died from tuberculosis at the age of 15, his half-sister, Mary Tudor, rose to the throne after defeating a coup intended to put another Protestant on the throne. A staunch Catholic, she brought in countermeasures to her half-brother’s reformation attempts, burning, on average, one person every three days that she was in power. Many of her targets were those who had been prominent in her half-brother’s reign.

Latimer, Ridley, and Cranmer were among them. All three had held prominent positions in Edward’s protestant church. Tried at the University Church of St. Mary the Virgin, in Oxford High street, they were convicted and sentenced to death for heresy and treason.

Writing, not long after the event, the Protestant Martyrologist John Foxe relates that as the fire was applied to the wood at their feet, Latimer is supposed to have said, “Be of good comfort, Master Ridley, and play the man. We shall this day light such a candle that by God’s grace, in England, as I trust, will never be put out.”1 Latimer died reasonably quickly, but Ridley suffered and took longer to burn. Too much wood had been piled on which stopped the flames coming through. Ridley asked to let the fire come to him, but his brother-in-law misheard him, and piled more wood on him, suppressing the flames so it burned away his lower body instead of killing him. Finally, someone watching pulled some of the wood off, allowing the flames to burst upward. Ridley managed to lean over so that one of the bags of gunpowder his brother had given them to quicken their end, exploded. Foxe’s Book of Martyrs makes for grisly reading.

It should also be remembered that during the tussle between Catholicism and Protestantism, there was persecution and death on both sides. Making a decision about your religion could be quite costly.

Thankfully not all decisions result in such tragic consequences, though even today, in some parts of the world, people are having to make brave choices. Even here in Europe where we have freedom to believe what we like, or to believe nothing at all, the pressure is felt, from those who say “you can’t be serious,” to believe in miracles, that God is a Creator, that Jesus really rose from the dead, or that salvation is a free gift from a loving God.

In this episode, we learned that that while we may not have to face torture or death, each of us, has to make choices. Like Latimer, do we “play the man”? Are we ready to stand for God “though the heaven’s fall”? Individually we have to keep asking the questions that can deepen our understanding, faith and belief.

Still to come:
- Understanding Luther (A visit to Wittenberg brings to light the simple core of Luther’s belief)
- Here I stand! (A combination of conscience, Scripture, and reason make for a life-changing choice)
- Found in Translation (The joy of Scripture through a multitude of Bible translations)


This story was written by Victor Hulbert and Robin Anthony and originally published on the Trans-European Division website.