Where Are The Ears?

Where Are The Ears? “If anyone has ears to hear, let him hear….Pay attention to what you hear: with the measure you use, it will be measured to you, and still more will be added to you.” Mark 4:23, 24 ESV

“If you have ears, then listen to what the Spirit says to the churches!” Revelation 3:22 NKJV

It was spring, and the field of corn had been planted. The sprouts were just starting to break through the earth. Within the next week, about two or three inches of green was showing and the whole field started to have more green color than brown. It is true that some seeds had fallen on the hard-packed access road and the hungry birds had gobbled them up. And some seeds had fallen into the rock pile, sent up spindly stems, and then withered in the heat of the sun. There were also some seeds that were trying to survive among the weeds, but they didn’t have a chance to grow at all. The weeds just overwhelmed them until they couldn’t even be seen.

However, in a few spots the planters had missed sowing seeds. Since the Farmer wanted a completely filled field making use of every available space, He walked around the field planting by hand the corners and edges that had been missed. Two weeks after that, most of the stalks were about two feet high—all except those personally planted by the Farmer.

One of the more developed stalks said to the other developed stalks, “Have you seen that scrawny little something trying to grow next to me? What a poor excuse for corn! In fact, I don’t think it is corn! Where are the ears? Where are the kernels? Certainly it should be pulled out since it is just taking up space and nutrients.”

The other more mature stalks agreed. One said, “Surely the Farmer should give up on those little stalks, it appears so hopeless. I think He should pull up the ones that are yellow and anemic looking.” 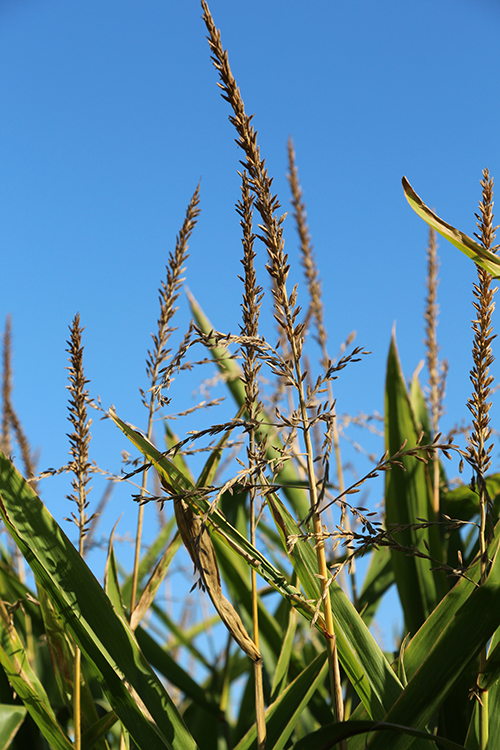 Another month went by and most of the stalks were now five feet high and starting to develop one or two small cylindrical tube shapes covered with leaves. The taller stalks said to each other, “Look at those struggling stalks—the ones near the edges and in the corners—they still are yellow, continue to have problems developing, and don’t look like corn at all. When will those stalks ever develop ears like us?” A weed that was growing among the stalks said, “Yeah, why don’t you grow up like us?”

Another two weeks went by when one of the stalks said, “Look over there in the corner. Those stalks have funny looking white hairy stuff coming out the side of their stalks. Sure doesn’t look like corn to me!” A second said, “And they have a stupid star-shaped thingy coming out of the top of their stalks that looks a Christmas tree! Don’t they know it is summer?” Whereupon one of the stalks in the corner finally said, “Have you looked at yourselves lately? You don’t look any different than me!”

That same day toward evening, the Farmer came out to the field to survey His crop. He said, “This crop is coming along nicely. Each plant is growing at its own pace as it is able and occupying the ground where I planted it. But none of this corn is ready to harvest! It has only started pollination. I will just need to be patient for all the field to fully develop. Then I can send my reapers to cut down the weeds and gather my crop!”

Even if we have been Christians all our lives, can we honestly say that we are ready to go to heaven? When we point out the mistakes and shortcoming of others, it only shows that we are not ready ourselves! To criticize without love, and no intent to help or suggest a remedy, is fruitless.

Dennis Hollingsead works in the Office of Development at Andrews University. A shorter version of this story first appeared in the Pioneer Memorial Church bulletin July 13, 2013. It is reprinted here with permission.