Disaster Response in the Eye of the Storm 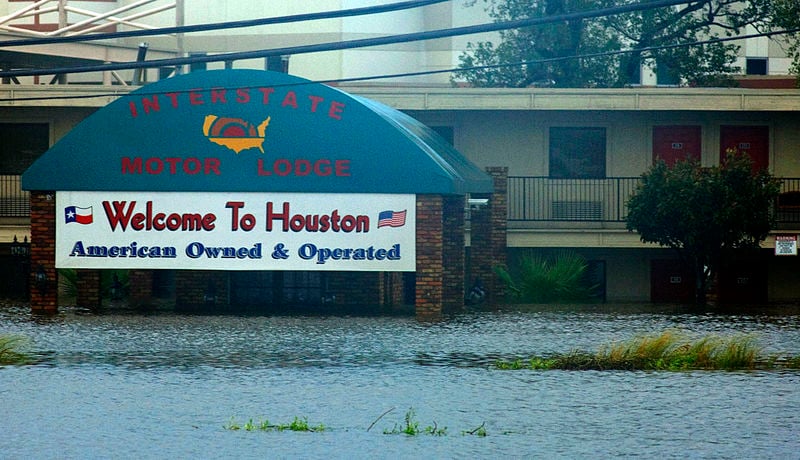 It is easy to criticize those we do not know or do not like. And nothing brings out our inner critic like a high-profile natural disaster. In the wake of Hurricane Harvey, there was a great deal of finger pointing regarding the response times of various private organizations, including Christian churches. Joel Osteen’s Lakewood church received the brunt of the criticism: he’s a well known, affluent person, who many people already perceive to be just a 21st-century snake-oil salesman. Though his prosperity gospel is not congruent with my understanding of the Word, I couldn’t necessarily cosign on the aspersions being cast. However, I am not writing this as a “defense” of Osteen. I do not know the ins and outs of Lakewood’s resources or preparedness. For all I know, he could have had all of the provisions and human power ready to mobilize at a moment’s notice and yet still have chosen to turn his back on suffering people until public backlash shamed him into action. That is the prevailing narrative anyway. But it is also possible that the situation is a little more nuanced than that.

I recently saw a viral clip of a small boat that was taking tourists to watch pods of dolphins. In the midst of the journey, they crossed the path of a jumping dolphin that landed squarely in the boat! Understandably (to me anyway) those in the frantic animal’s proximity quickly cleared the area. It took a few moments for people to compose themselves. One man from another boat in their party came aboard and attempted to lift the dolphin up and over the side. It proved too difficult to manage alone.  Eventually several men cooperated to hoist the dolphin back into the water. In my opinion, the actions of everyone in the video were perfectly reasonable. Yet plenty of critical posts followed in the comment section. “Why are those people running? It’s just a dolphin!” And, of course, all these internet marine biologists talked about how they would have had, not only the composure, but also the strength to immediately heave the dolphin back in the water themselves. It was pretty clear that most people really had no idea about dealing with dolphins or formulating a plan. So what does this have to do with Hurricane Harvey?

1.       People who have never been in charge of something always want to tell others why their hypothetical plan would have been superior. If you have never had a leadership position, the idea of thinking through logistics may be a foreign concept. Honestly, even many career leaders are bad at it. “Visionaries” often surround themselves with “detail people”—people to think through how things can get accomplished—and to think through scenarios where things may go wrong. Our natural impulse to help needs to be tempered with thoughtfully considering how our goals can be realistically accomplished.

2.       Ignorantly rushing toward problems—even with the best of intentions—can create more harm than good. The people who initially scampered out of the dolphin’s way were smart. Dolphins are powerful creatures. An erratically flailing tail is strong enough to inflict some serious damage. Getting hit could then result in two emergencies: a stranded dolphin and an injured “helper.” The impulse to want to help during a crisis like Harvey is a compassionate desire. But it takes a lot more than just opening up the doors of your church. Unless helpers are trained and prepared, you are merely relocating the disaster to your doorstep. Many folks lamented that “only” 60 churches and 30 mosques in Houston opened their doors as sites. They obviously did not recognize that most churches comprise less than 150 members and that the vast number of churches in any given city are likely ill prepared to face such a large-scale crisis. Inviting crowds with no good way to provide what they need will make things worse, not better.

3.       Even with a plan, there must be people to execute it. In the dolphin video, one man stepped into action. But he quickly realized the limitations of his own strength: dolphins may look sleek, but they are dense with muscles! A full-grown dolphin can weigh up to 1,400 pounds! Despite this man’s best intentions, the execution of his plan was dependent on getting others to help. So it is with most plans of any sort—someone has to do the heavy lifting! Ironically, the most vocal critics of church ministries are often those who are not involved. People who do not even volunteer to help in their local church soup kitchen were among the most irate that faith-based organizations had not mobilized a full-fledged disaster response team! Instead of assuming that most people are like them and rarely volunteer, critics prefer to hold everyone else to a higher standard. “Sure, I won’t go to the community clean up on a sunny afternoon, but I can’t understand why on earth there isn’t a legion of church volunteers at the ready to rush toward a hurricane. Those selfish people!” 80% of people do 20% of the work in most churches. That does not magically change during a disaster. Churches need human power to actually accomplish their ministry goals. And YOU (and I) are the church! If we do not enthusiastically volunteer on a regular day, why should we expect others to do so in extenuating circumstances?

Now presenting this perspective is not meant to entirely absolve faith-based organizations from the responsibility to act. We have an imperative to be a light to the world. So, though it is unreasonable for people to expect untrained and unprepared organizations to rush in at the drop of a hat, church members can take the opportunity to become trained, preparing organizational plans. Not every church will be able to be a shelter in response to disasters, but there is much that we can do (and “we” includes you also, dear reader). We can learn how to assist in other ways should the need arise (and the need will always arise—as I write Atlantic storms Irma, Jose, and Katia are picking up steam). I spoke with disaster response expert Darriel Hoy about tangible ways individuals can assist before, immediately after, and during rebuilding from a natural disaster. You can listen on the SoundCloud link here. Hopefully, we can be prepared for the next natural crisis. Unfortunately, I can offer no further help with your next dolphin fiasco.

Previous Spectrum columns by Courtney Ray can be found at:
https://spectrummagazine.org/authors/courtney-ray