The Covenants: Two Kinds of Relationships

The Covenants: Two Kinds of Relationships 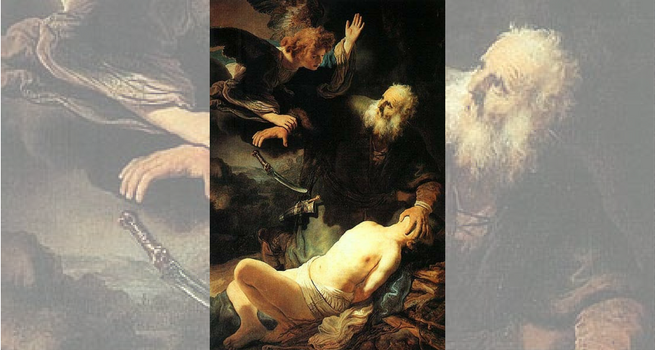 Many of us read the Bible in linear fashion in which every narrative, piece of poetry, legal text, and other forms of prose merit equal weight to every other, with every text representing God’s ideal will equally. As a result, we have no defining way to resolve texts that conflict with one another. Consequently, we often take sides supporting one set of “key texts” over against another set.

The hermeneutical method here delineated involves reading the Hebrew Bible more as story than as a collection of key texts. It follows Jesus’ interpretation of the Old Testament in terms of divorce. Jesus pointed back to “the beginning” as the ideal, preferred will of God, stating that Moses allowed divorce because “you were so hardhearted, but from the beginning it was not so” (Matthew 19:8, NRSV).[1] Following a form of canonical criticism, I propose that the entire Bible contains two voices, one that represents God’s preferred will, the other that signifies God’s will adapted or acquiesced to people’s choices not to follow God’s preferred will. My criteria for determining which scripture speaks in which voice states that the voice of the divine preference is 1) tied to the Genesis creation stories, 2) comes first in a thematically-bound narrative sequence (covenants, conquest, etc.), and 3) stands as unique in the ancient Near Eastern context. 4) The Prophets and the Writings of the Hebrew canon, depending on the theme, will either endorse the minor voice of God’s preferred will or represent the major voice of his adapted will. (Here I use “minor” because it occurs less frequently and “major” because this adapted voice dominates the Hebrew Bible.) Finally, 5) the divine preference often, though not always becomes major in the New Testament.  This hermeneutic applies to the covenants in the entire Hebrew canon and the New Testament.

While no covenant seems present in the two Genesis creation stories, God blesses the first humans. However, Genesis 2:24 states: “This is the reason that a man leaves his father and mother and embraces his wife, and they become one flesh.” This verse may suggest a covenant, not of words, but in the very action of becoming “one flesh.” Such a covenant naturally denotes equality because genuine “one flesh” cannot occur in the setting of domination. Indeed, this state can only occur in a setting of mutual trust and trustworthiness. This may represent the divine ideal for a covenant.

In Hebrew, the usual verb for making a covenant means, literally, “to cut” a covenant. But in the first expressly stated covenant that God gave to Noah, the verb used means “to establish” (Genesis 8:8). Any cutting taking place prior (8:20) to God’s initiation of the covenant (9:8) is, therefore, not part of it. The divine blessing and stipulations precede the covenant rather than follow it, which means that, if these are really part of it, this covenant is in reverse order of ancient Near Eastern treaties. When God initiates the covenant, it has no direct linkage to what precedes it and contains no response from Noah. This covenant is truly a “covenant of promise,” initiated by God, giving Noah the privilege of trusting God to keep his promise. Because it is first in the covenant narratives, it represents the minor voice of God’s preferred will.

In the second covenant, God promises Abram a biological heir (15:4). Once again, God initiates the covenant with a promise, only this time the term “covenant” is absent. Here “Abram trusted the Lord, and the Lord recognized Abram’s high moral character” (15:6). This forms the initial Abrahamic covenant and again represents the minor voice of divine preference.

God next promises Abram the land of Canaan. Instead of trusting God, Abram asks, “How can I know that I will really possess it?” This question of doubt transitions the story from the minor to the major voice as God adapts to Abram’s will. The ceremony of the animals resembles a Neo-Assyrian Treaty.[2] Though not borrowed from these sources, it finds its roots in ancient Semitic cultures that used a legal means to achieve trust. The passing through of the body parts by God (symbolized by smoking pot and flame) represent his taking on the curses of the covenant himself (i.e., you may cut me in pieces as you cut these animals in pieces). “That day the Lord cut a covenant with Abram” (15:18, italics supplied) is a statement clearly made in adaptive language. Still, this covenant entailed a promise to Abram that God stooped low to ensure.

In the next chapter, Abram decides to fulfill the terms—the promise—of the initial covenant himself. Ishmael, one from Abram’s own body, would be his heir. In response, God graciously gives Abram a name change to Abraham and promises him many descendants. Then he addresses Abraham’s self-fulfillment of God’s promise with these words: “As for you, you must keep my covenant, you and your descendants in every generation. This is my covenant that you and your descendants must keep: Circumcise every male. You must circumcise the flesh of your foreskins, and it will be a symbol of the covenant between us” (17:9-11). Instead of continuing to trust God, Abraham chose to fulfill the promise of an heir himself. In consequence, he must now cut the covenant with God in his own terms and cut it in the part of his own body that had produced an heir outside of the promise. In every generation thereafter, his descendants would show in their bodies this reminder of Abraham’s self-made covenant.

Graciously, God promises again a son, this time specifically through Sarah. But before that can happen, Abraham jeopardizes God’s promise by half-lying about Sarah so that King Abimelech takes her as part of his household, forcing God to intervene. This time God says nothing but waits patiently for Isaac’s birth and development. Then he tests Abraham’s trust. It is a test that will try Abraham to his very core: one more time he was to cut, this time to cut off the promised heir. In the Hebrew Bible, the verb “to cut” a covenant also applies to someone being cut off from the covenant and its community. Abraham passed the test, not because he cut off his son’s life, but because he trusted God to fulfill the promise. The covenant of promise remains, then, the preferred will of God.

At Sinai, God calls the Israelites his “most precious possession” and promises to make them a royal priesthood and holy nation, stipulating only that they faithfully obey him and remain true to his covenant (Exodus 19:5, 6). The people respond, “Everything that the Lord has said we will do” (v. 8). Once again, this human response to God’s promise seems connected to God adapting to the people choices. The Sinai covenant involved similar features to ancient Near Eastern treaties: a preamble, a list of stipulations, and cutting—with the blood sprinkled on Israel. Yet it lacked something that Hittite treaties had—blessings and curses (Assyrian treaties had only curses). Furthermore, it resembled a theophanic covenant, a unique feature to ancient treaty-making. Therefore, the two voices—divine preference and divine adaptation blend together. In Deuteronomy, however, the major voice of adaptation wins, and the Sinai covenant resembles most fully an ancient Near Eastern treaty with its historical prologue, its stipulations, its blessings, and its many curses. It also seems to rest more fully with Israel to keep its terms. The original promise of a royal priesthood and holy nation gets reduced to one line, changed from a promise to a motive clause: “For you are a people holy to the Lord your God” (14:21).

In the prophets, both the minor voice of God’s preference and the major voice of divine adaptation speak. The prophets Isaiah, Jeremiah, Ezekiel, Hosea, and Amos uphold the Deuteronomic curses that intend to enforce the keeping of the covenant. Hosea, Jeremiah, and Ezekiel especially reflect and understanding of ancient Near Eastern treaty curses.[3] Hosea and Ezekiel treat the covenant as a blend of suzerain-vassal treaties and marriage covenants. Yet both Jeremiah and Ezekiel speak in the minor voice to bring readers to a “new covenant” in which God makes only promises. In both of these statements of the new covenant, divine promises predominate, followed by no stipulations (the words “you shall . . .” and “they shall . . .” remain promises, not commands), blessings, or curses. This covenant God will perform for his people. Furthermore, God promises to create in them a new heart.[4]

In Matthew’s gospel, Jesus begins the new covenant with blessings (not the externally granted covenantal “blessed” [bārûk], but the more intrinsic “happy” [’ashere]), followed by an explanation of the stipulations and their involvement of the heart. The divinely enforced “curses”—on the religious guardians of the covenant in chapter 23—wind up being intrinsically caused “woes.” Jesus, in Matthew, also institutes a supper in place of Passover in which he refers to the cup as the blood of the covenant. In all of this, he begins a transformation of the Deuteronomic covenant into the terms of the new covenant, thus translating the major voice back into the minor.

Though the book of Hebrews cites Jeremiah’s version of the new covenant twice and highlights salvation through trust and faith’s heroes (10:39; 11:1-40), it is Paul who most clearly explains the covenants. Utilizing Hagar and Sarah as an allegory of the Sinai covenant versus the covenant of trust, Paul asserts that obeying the Sinai covenant through our own works amounts to slavery; whereas, receiving the promise of salvation brings freedom. The only covenant for salvation is a covenant of trust, he contends, and brings his hearers back to Abraham (Genesis 15:6). Before Abraham’s cutting of the animals, Ishmael, and circumcision, grace, through faith, is what saved us. For this reason, he contends that circumcision has no salvific benefit, and if the Galatian Christians allow themselves to be circumcised, they “have fallen away from grace” and “having Christ won’t help” them (5:2-4). In an effort to meet his legalistic hearers where they were, Paul proclaims that Christ became a curse for us to redeem us from the curse of the law. This has not only set us free from the curses of Deuteronomy but allows us to receive Abraham’s blessings. Here he uses major voice language to set his hearers free to appreciate the “minor voice” covenant.

In my canonical critical methodology, using the criteria that seems most naturally to derive from the Bible, I have followed the biblical narrative sequence of the covenants and have found Paul’s conclusions embedded in its story. This was not my deliberate intention initially, nor did I read Paul backwards into the Old Testament. Instead, I carefully followed the story line and wound up seeing what Paul saw. Due to lack of space, I did not give my full treatment, especially regarding the ancient Near East. Anciently, human beings sought legal ways out of their human predicament of loss of trust: contractual relationships, binding agreements, laws, and treaties. They chose a parallel course in their worship of the gods through divination and sought to appease them, an ancient form of external manipulation. When Israel joined their neighbors in their legal path, God patiently trod it with them. But the Israelite God has ever preferred to establish trust by internal means, creating and recreating with us a relationship of trust.

[1] Unless otherwise noted, all scriptural citations are from the Common English Bible (CEB).