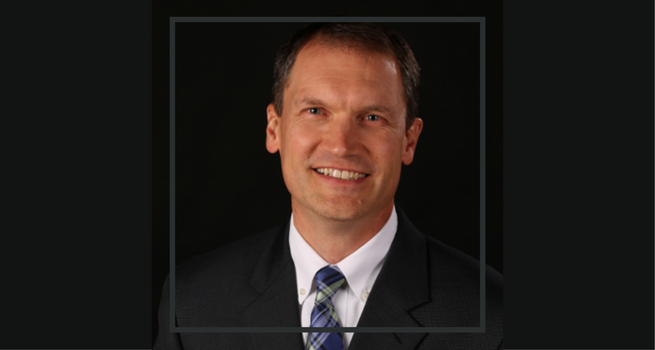 Walla Walla University theology professor Paul Dybdahl tells how he came to write his new book about world religions and how studying about other faiths can challenge, refresh, and bless.

Question: You recently published a book called Before We Call Them Strangers: What Adventists Ought to Know about Muslims, Buddhists, and Hindus. Did you write the book for the students in your World Religions class in the Walla Walla University School of Theology? Did you feel this material was not available anywhere else?

Answer: I would say the book was inspired by my students rather than written exclusively for them.  While I hope the book will be used in some classrooms, I also wrote with the broader Adventist audience in mind, particularly Adventists in North America.  There is quite a lot of information on the world religions available in the larger Christian world, but it seems to me that much of it is selectively presented so as to paint other faiths in a negative light.  This book takes a different approach.  I do not think I am the only one doing this, thankfully.

Do you feel that Adventists might know less about other religions than the average Christian?

I think both Adventists and Christians typically know astonishingly little about other religions.  To make matters worse, much of what we “know” is not even accurate.  Having said that, I suspect that, compared to other Christians, Adventists know about as much and maybe even more about other religions.  Our emphasis on global mission and our worldwide organization push us in that direction, at least.  Still, knowing slightly more than the average Christian is not much of a compliment.

You may be uniquely positioned to write this book, having grown up with your missionary parents in Thailand and, later during college, living with a Buddhist family as you taught English to refugees.  How did these experiences help to form your world view and your personal religion?

I’m sure the impact is deeper than I can even understand and certainly deeper than I can articulate.  What I will say is that my background has contributed to my belief in a powerful and good God who is always and everywhere at work.  As Peter finally realized during his interaction with Cornelius, “God does not show favoritism.” Wherever we go, God has already been there, revealing himself in ways that are more creative than we could have imagined.

What is the primary thesis of your book?

In the 1980s, Adventist evangelist George Vandeman wrote a book describing some of the things he liked about Catholics, Charismatics, Baptists, Methodists, Jews, and several other Christian groups.  I liked his approach and decided to move beyond the Judeo-Christian tradition to include Muslims, Buddhists, and Hindus.  There must be things to like about them, too!

The book begins by establishing biblical support for learning from those we might label as “heathen.”  Then, I provide a quick overview of Islam, Buddhism, and the collection of ideas we typically term Hinduism.  I include interviews I conducted with two practitioners of each faith.  (These conversations were a lot of fun!)  Finally, I point out ways in which these other perspectives can challenge and bless us as Adventists.

A thesis sentence would go something like this:  When we learn about those of other faiths, we will be challenged, refreshed, and blessed.

Did you have to do a great deal of research for the book? How long did it take you to write?

I had to do some research, of course, but much of the groundwork for the book took place through several years of preparing for class lectures.  The bulk of the writing was done during a summer and then a winter quarter sabbatical granted by Walla Walla University.

Did writing the book change any of your own religious or theological views?

There were all kinds of pleasantly shocking discoveries along the way—things that impact my daily religious experience.  I guess I would characterize it as a growing experience, for sure.  I’m sorry that sounds so clichéd!  I’ve always thought that I was open to God’s activity in the world, and I knew that “God so loved the world,” but working on this book helped me realize how I shut people out once I believed they were religiously inferior or wrong.  I often made this judgment very, very quickly.  I think I told myself that I was being discerning and protecting myself from deception.  Really, it was more likely a blend of laziness, arrogance, and, paradoxically, insecurity.  I didn’t care enough to invest in people I didn’t agree with.

Writing the book also made me more appreciative of Jesus.  I think those who read the book will understand what I mean by that.

Have you written a book previously? Why did you decide on AdventSource as a publisher?

This is my first book.  AdventSource was recommended to me, and I liked its educational focus.  The editors seem willing to publish what that they think might benefit the church.

What reaction have you received to the book so far? Have you sold many copies?

The responses I have received so far have been encouraging.  People seem to especially like the interviews.  I think most Adventists find it interesting to hear a Muslim imam talk about women or a Zen Buddhist share her view of Jesus.  I have no idea how many copies have sold so far.

How do you think the teaching about other religions in Adventist schools should change?

I hesitate to try to answer this question because it may be that, in many places, nothing needs to change.  I might simply share a few things that I hope are happening in Adventist schools.

First, I hope we actually do teach about other religions.  We do not have to be afraid.  We ought to be able to do this without tearing others down.

Second, I hope we would take the time to see how the Bible deals with those of other faiths.  People often reference selective Old Testament passages and presume that “heathens” must be eliminated or kept at a distance.  We then close our eyes to all the biblical material that presents a very different approach.

Third, we should seek out those of other faiths and give them a chance to explain themselves, rather than getting our information from a textbook, the internet, or other sources that are actively antagonistic.   In my class, I require students to conduct at least two, in-depth religious interviews.  It’s amazing what happens.  North American culture now considers discussions of personal faith to be taboo, so much so that many Adventist college students have never had an extended, adult conversation with their own parents regarding their beliefs about God, ethics, death, prayer, heaven, demons, and so forth.  Parents are not open with their children, and children often keep secrets because they are afraid they will disappoint their family.  We do not share our deepest and most transformative religious experiences with others.  We seldom talk about our questions.  If this takes place in families, imagine the gulf between those of different religions!   I think talking together and listening to each other is mutually beneficial.  God somehow works through these conversations.

Finally, I hope that in teaching about other religions, we do not neglect to study Seventh-day Adventism.   I have been teaching in North America for nearly 20 years now, and I can testify that among young adults there is a deepening disillusionment with Adventism as they have experienced it.  I think there is a lot in our history, doctrine, and lifestyle that is not as understood or appreciated as it could be.  There are good things to share.

What other projects are you working on, now that the book is finished?

AdventSource is planning on breaking the book into three shorter books—one each on Islam, Buddhism, and Hinduism.  This involves a bit of additional work on my part.  That is the project for now.  That, and I have some caulking to do in our kitchen.

Buy Before We Call Them Strangers: What Adventists Ought to Know about Muslims, Buddhists, and Hindus from AdventSource.