An Earthly Experience of a Heavenly Event

An Earthly Experience of a Heavenly Event 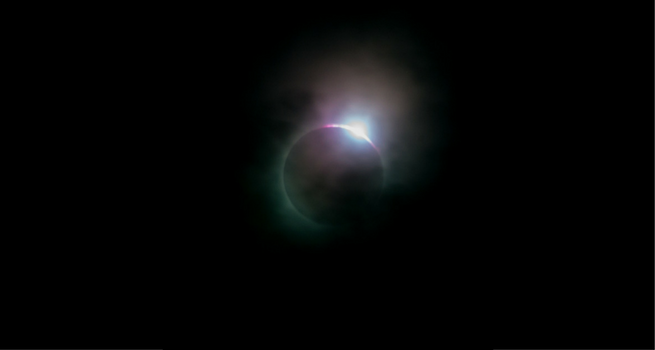 It is the day before the great event. Our granddaughter is lamenting that, for her, two once-in-a-lifetime events will fall on the same day: her first day of college and the total solar eclipse.

My son and I are enjoying spending part of the afternoon working together, setting up equipment—using compass and levels to align the SkyTracker camera mount with the celestial north pole, stabilizing the photo tripod with a gallon jug of water hung from the center post, arranging camera and electrical cables, making a large diagram to lay on the ground with arrows pointing to the stars and planets we hope to see during the darkness of the eclipse. 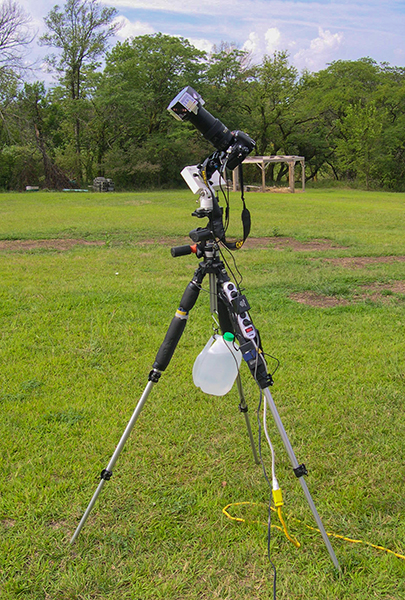 A storm with high winds and rain knocked out power for several hours last night. We cover the equipment with plastic bags, hoping it will be safe through the night.

Traveling to see an eclipse is an act of faith—or, more precisely, an act of hope. At the moment of the great event, the sky may be clear—or not. Long-term forecasts and historical averages help select a promising location, but no one can control or guarantee the weather.

We had invites from family members living at different places within the band of totality. Ultimately, we decided on our son’s place near Roca, Nebraska, which promised two minutes and 18 seconds of total eclipse with over 50% chance of clear skies based on historical records.

We made the choice that “It’s going to be a good trip” with family and travel—whether or not the weather granted us a view of the eclipse. So with the old Prius loaded with photo equipment, snacks, and our miniature dachshund Zippy, we headed out from Michigan.

Adding zest to the trip, we detoured into Chicago to the starting point of Historic Route 66 and followed the first few miles of the Mother Road west, stopping for a veggie hot dog at Henry’s Drive In, a relic from the 1950s, with a giant hot dog and fries sign out front. 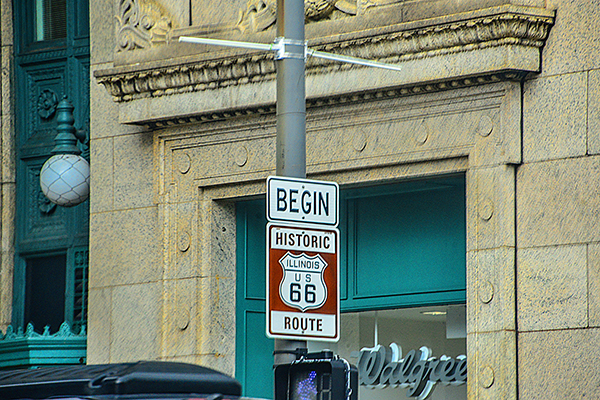 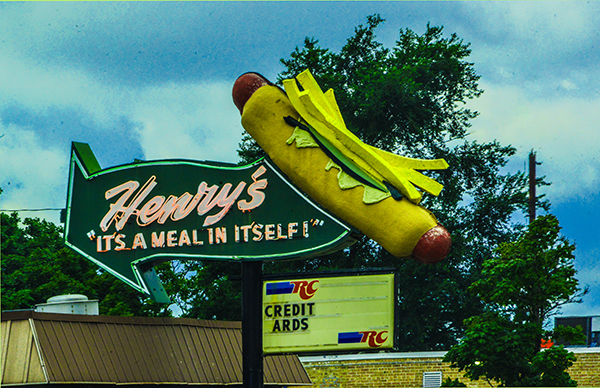 Sporadic peeks at cloud forecasts showed predictions of cloud cover at Roca at eclipse time bouncing between 10 and 70%. Hope springs eternal. Even if clouds blocked our view, we would experience midday darkness when the moon obscured the sun.

The day of the eclipse traffic jammed bumper to bumper (with lots of out-of-state license plates) on Highway 77 which goes south past our son’s property. We were thankful for a secluded viewing site in his back yard on a knoll.

Our son had closed his business for the day and invited his employees over for an eclipse party, ensuring a good time together with family and friends, regardless of the weather.

During the developing partial phase of the eclipse, the sun could be seen and photographed through thin clouds. 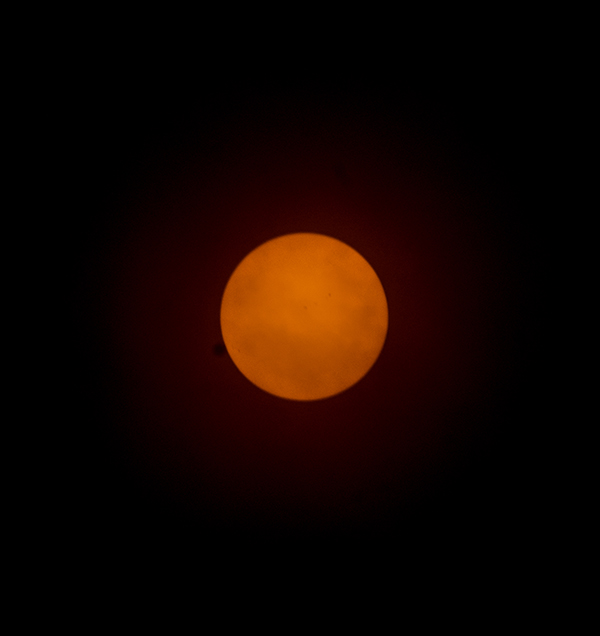 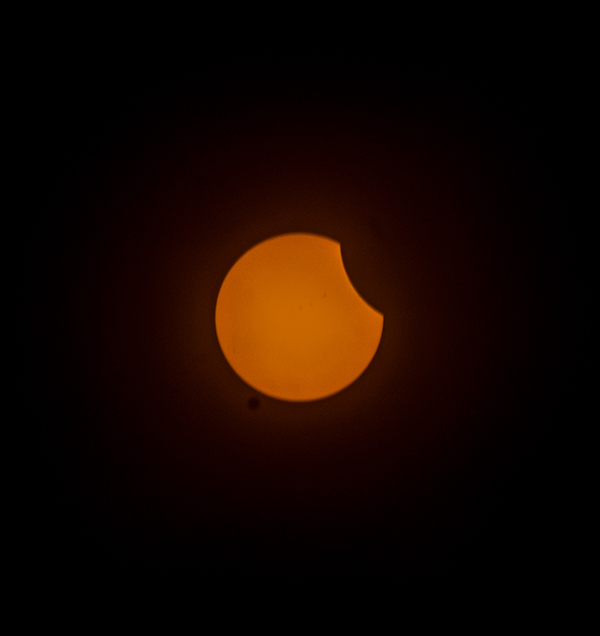 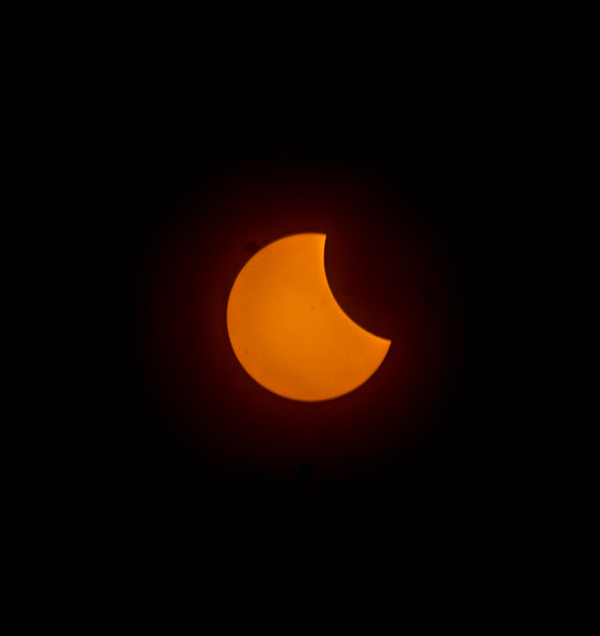 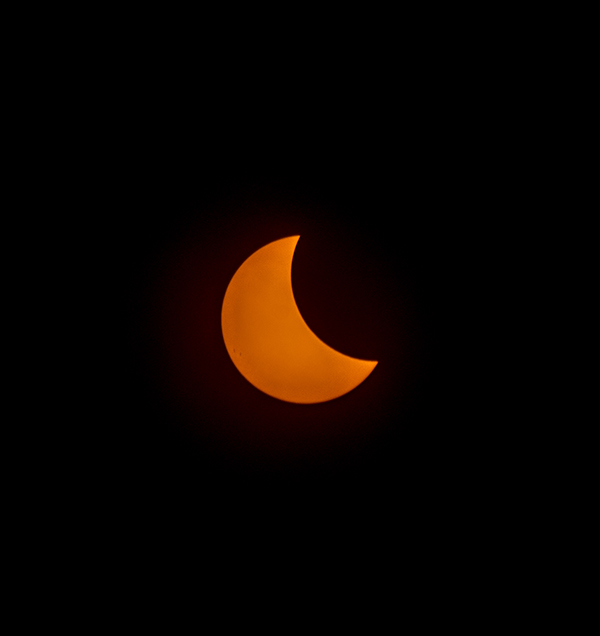 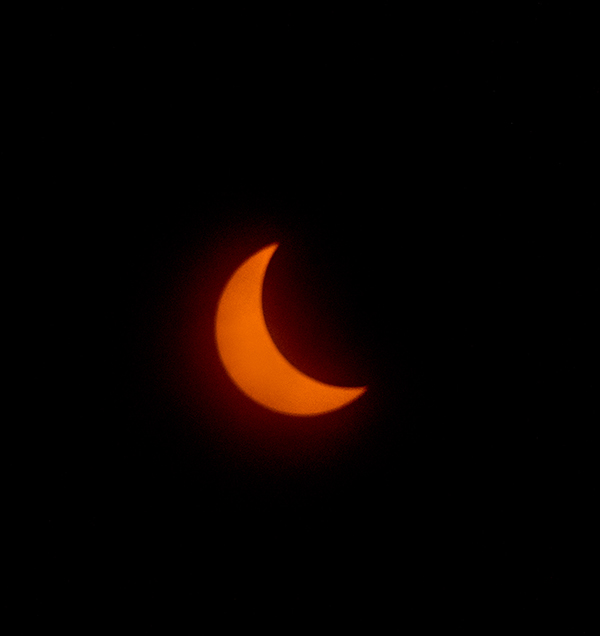 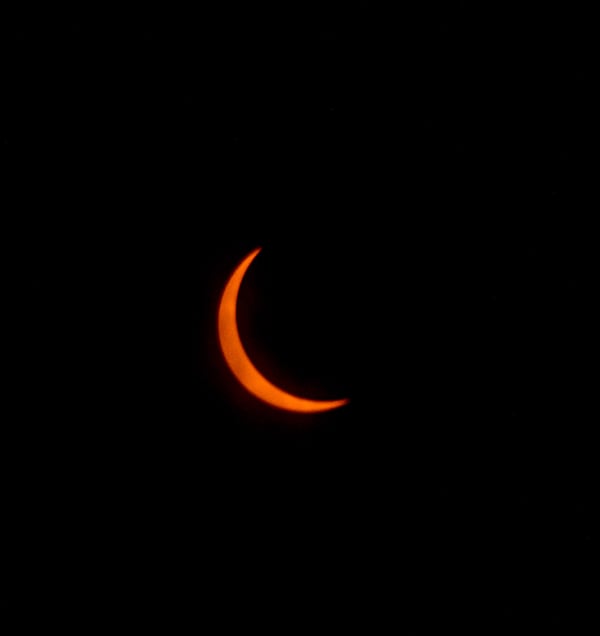 As the sky darkened in the minutes before totality, I felt as if I were wearing dark glasses—but I wasn’t. As the warmth of the sun was blocked, the temperature dropped, and we felt cooler.

About five minutes before the onset of totality, the darkest cloud of the day blocked the sun from view and hid the onset of the full eclipse. No Bailey’s beads, no chromosphere, no diamond ring, no corona.

Nonetheless, in the near darkness we could see Venus shining brightly in a clear space between the clouds. Looking around, we saw a circumferential sunset with a band of red-orange at the horizon in various directions.

An eerie silence? Hardly. A group who had been target practicing in the nearby woods marked totality with a sustained volley of multiple semiautomatic rifles firing simultaneously.

We looked for the hens who had been released from their coop earlier, but they seemed not to notice the darkness and to be uninterested in returning to their roosts.

And then, a few seconds before the end of totality, the clouds thinned, revealing a beautiful diamond ring effect. And the camera caught images of the corona. 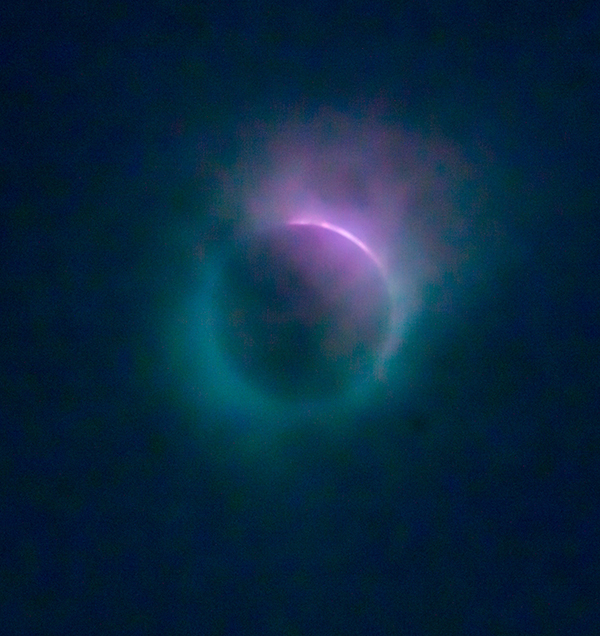 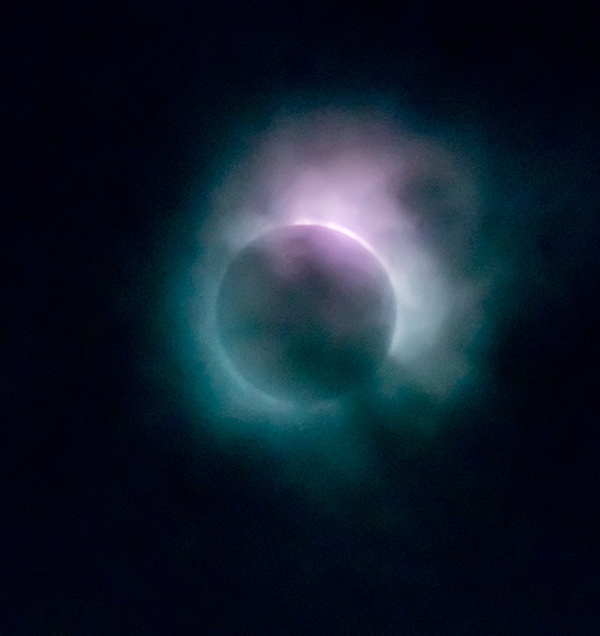 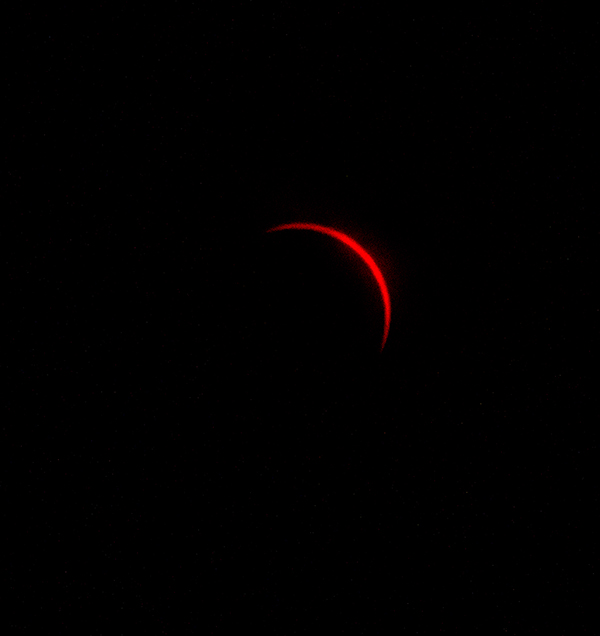 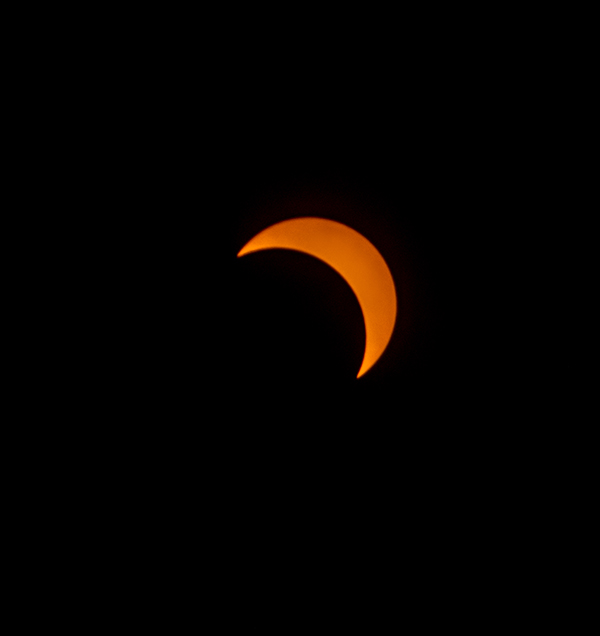 As the moon’s movement revealed more of the sun after totality, the sky brightened, the clouds cleared, and the group’s attention waned. Anticipation, excitement, and childlike wonder morphed into memories, photos, and gratitude. And thoughts of 2024.

All images and time-lapse video courtesy of Art Robertson.