When Should We Use the Bible? Forrest Howe’s Question to Chapter 8 in “Where Are We Headed?” by William G. Johnsson

When Should We Use the Bible? Forrest Howe’s Question to Chapter 8 in “Where Are We Headed?” by William G. Johnsson 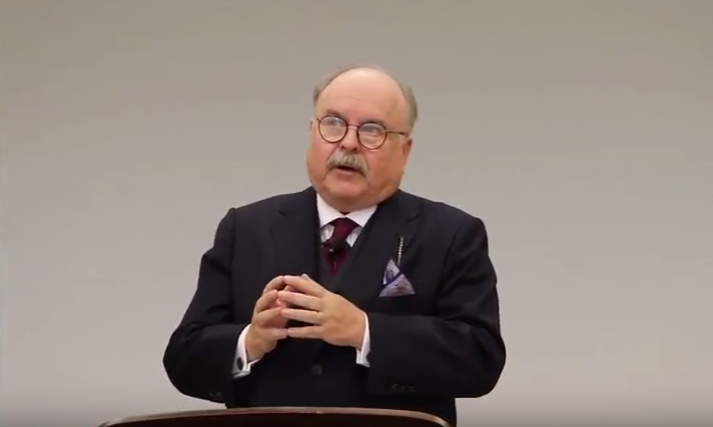 “When should we use the Bible? It was written in a different culture. It is prescientific. It does not deal with many of our issues. We sometimes use it when we should not. How should we decide? These are complex questions and the answers are not straightforward. We are going to have to take a look at them someday.”

Forrest Howe concluded his overview of Chapter 8 in Where Are We Headed? Adventism After San Antonio by William G. Johnsson with these questions and comments. He was speaking on August 12 at the Roy Branson Legacy Sabbath School (RBLSS) in Loma Linda, California.

Howe is a retired Seventh-day Adventist minister who served with the American Bible Society and as a pastor and church administrator. Johnsson is the longstanding and now retired Editor of the Adventist Review. The title of the chapter is “Interpreting Scripture: Will Ellen Have the Last Word?”

As Howe indicated, in this chapter Johnsson elaborates two of his concerns about recent trends in Seventh-day Adventist biblical interpretation. One of these is the growing tendency in some places to read the Bible in flat, literalistic ways as though it were verbally inspired and everything it says is as important as everything else. He counters this with thinking of the Bible as being thought-inspired, nuanced, and centered on Jesus Christ.

Johnsson’s second concern is the growing tendency among some to elevate the writings of Ellen White higher than they should be and use them to settle all questions of biblical interpretations and solve all puzzles about how we should think and act today. He suggests that we need a better balance between making Scripture—and not Ellen White’s writings—supreme and making good use of their continuing value. As Johnsson sees it, these are two of several areas in which the denomination, or at least some of its top leadership, is not progressing but regressing.

The discussion that followed touched on how we ought to relate to our different ways of interpreting Scripture, whether things other than the Bible and the writings of Ellen White are also inspired, what today we should mean by “truth” or perhaps “truthiness,” whether we want what we say to make sense to others, whether Jesus “enhanced” or “changed” the teachings of the Old Testament, and whether the distinction between “verbal” and “thought” inspiration survives scrutiny.

Although his was not the last comment, Graham Stacey had the final word. “The ultimate test of what we believe is how it causes us to behave,” this minister, psychologist, and Loma Linda University School of Dentistry administrator said.

My own answer to Howe’s questions is that we ought to “use” the Bible everywhere and always, and with respect to all questions and issues, without a single exception. Knowing him as I do, I am confident that once I explained what I meant, Howe would agree.

More on that at another time. Meanwhile, enjoy the video!

WATCH: Forrest Howe on Chapter 8 in "Where Are We Headed" by William G. Johnsson