From “Foolish Gentiles” to “My Little Children”

From “Foolish Gentiles” to “My Little Children” 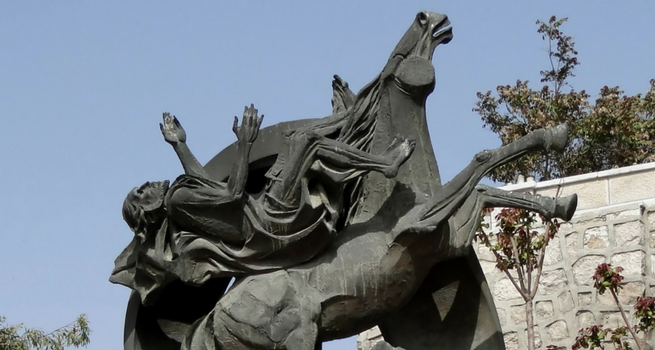 In the first two thirds of the Letter to the Galatians, Paul is engaged in a frank and sometimes angry, rhetorical defense of his apostolic authority and the gospel that he had been proclaiming among the Gentiles. In these sections, Paul argues that he is as much an apostle as Peter and his colleagues in Jerusalem and that his teaching—that Gentiles could become Christians and live accordingly outside the context of the Jewish law—is true and biblically valid.

The featured part of the letter this week, 4:12-20, is something of an interlude near the end of the second main section that deals with Paul’s gospel. In this parenthesis, Paul reminisces about his foundational visit to the region of these Galatian churches and begins to soften the intensity of his rhetoric.

He starts with an exhortation that is both endearing and mysterious. “Friends, I beg you, become as I am, for I also have become as you are” (v. 12a)[1] This is only the third time in the letter that he has addressed his readers with his usual term of friendly warmth (cf. 1:11; 3:15)—literally “brethren.” Paul usually invites people to imitate him in spiritual matters.[2] Therefore, that part of his advice here is not surprising. However, in what respect would he have become like them? His earlier descriptions of these people would not seem to be something he would want to imitate (e.g., 3:1,3). Does he mean that he, a Jew, has come to live like a Gentile? If so, he surely does not mean that they, Gentiles, should come to live like him, a Jew. More likely, he means, with his often-strange logic, that he, a Jew, has come to embrace the more open and progressive understanding of Christianity of Hellenistic Jewish and Gentile Christians. They did not embrace or practice Judaism as a condition of being Christian. Now he wants these particular Gentiles, who are being seduced by contrary believing Jewish Christian, to embrace and practice that kind of Christianity too with no concession to Judaism.

Next he assures them, “You have done me no wrong.” Although part of v. 12, this seems more connected to what follows than to what precedes it. Paul is about to remind them of the good experience they had during his visit to them, an experience that was in great contrast to their apparent feelings about Paul after the arrival of his Jewish Christian opponents.

“You know that it was because of a physical infirmity that I first announced the gospel to you; though my condition put you to the test, you did not scorn or despise me, but welcomed me as an angel of God, as Christ Jesus. What has become of the good will you felt? For I testify that, had it been possible, you would have torn out your eyes and given them to me. Have I now become your enemy by telling you the truth” (vv. 13-16)?

Paul is clearly reflecting here on his initial mission visit to the region. He implies that he stopped among these people in one or, less likely, several of their cities because of some physical injury, illness, or condition. He does not identify the specific problem. It may have had something to do with his eyesight—hence his reference to them wanting to tear out their eyes for him. The problem may be been something else, in which case the reference to plucking out eyes may have simply been a metaphor of extreme concern and desire to help. This understanding is more likely, given that he speaks of both “you” and “eyes” in the plural. Taken literally, that would be a lot of eyes.

The issue here is not really what kind of physical problem Paul had but the fact that he had such a problem, which in some unidentified way caused him to interrupt or divert his travels to spend time among these people. His condition was in some way a challenge for them, but they did not make fun of him or hate him for it. His point is that they received him as though he had been a heavenly visitor or the Lord himself. They clearly showed him good will. His question now is, What has happened to your good feeling for me? He had brought them the truth—his gospel of direct salvation for believers in Jesus that did not require them to become Jews or practice Judaism. Why are they now treating him like an enemy? Apparently, the answer to the mystery is in what follows.

“They make much of you, but for no good purpose; they want to exclude you, so that you may make much of them. It is good to be made much of for a good purpose at all times, and not only when I am present with you” (vv. 17-18).

The problem is “them”—the visiting Jewish or Judaizing Christians, who were trying to convince these Gentile believers that they must embrace and practice Judaism even as Christians. That meant things like celebrating the Jewish festivals, observing the Jewish food laws, and performing Jewish practices like circumcision for males. Paul accuses these opponents of duplicitous dealings with the Galatians to serve their own purposes. They flatter these people but really want to programmatically exclude them so that they will come begging for admission to the club of salvation that they claim to control. Flattery is good only if it is genuine and well intentioned. Paul implies that he flatters them even if he is not with them in person, unlike what his opponents apparently claim of him.

Paul concludes this interlude with: “My little children, for whom I am again in the pain of childbirth until Christ is formed in you, I wish I were present with you now and could change my tone, for I am perplexed about you” (vv. 19, 20).

This is Paul’s most endearing address of his readers in the letter to this point. His generally cold tone began to change in v. 12 and continued on a positive note to the end of the letter. Here Paul seems to begin a stream of consciousness at a metaphorical level that moves in a rather convoluted and illogical way from his “little children,” to him as their mother “in the pain of childbirth,” and to them as a pregnant woman in whom a child is being “formed”. However, as with the uncertainty about Paul’s infirmity, here also the mutilated metaphor is not the issue. What Paul is trying to say here is that he is very concerned or “perplexed” about them. He wants Christ and the gospel of Jesus to grow among them and within them. He wishes he were with them in person now. That would enable him to speak to them in a more congenial and loving manner than his tone toward them reflected earlier in the letter.

What is the bottom line of this section? Paul finally calms down in his Letter to the Galatians. His anger, defensiveness, and theologizing finally give way to fond reminiscence about his first visit among them. This perplexes him even more concerning the current situation but in a softer and more endearing way.

[1]All biblical quotations are from the New Revised Standard Version.

This commentary was originally published to Spectrum on November 24, 2011.