A New Paradigm for Understanding Galatians

A New Paradigm for Understanding Galatians 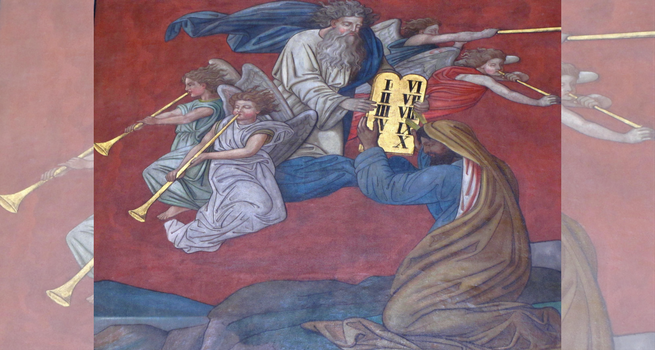 “Let it be known to you therefore, brothers, that through this man forgiveness of sins is proclaimed to you, and by him everyone who believes is freed from everything from which you could not be freed by the law of Moses”(Acts 13:38-9 ESV).

Many commentators, including Adventists, believe that the problem Paul tackles in Galatians is legalism, believers who felt they could earn their salvation by strict obedience, a “Jesus +” model of salvation, as some have put it.  This paradigm is highly problematic.  First, legalism has less to do with legal precepts and more with a mental attitude.  What I mean is that it does not depend on how many laws you follow or how strictly but rather on an attitude of self-sufficiency.

Second, a simple comparison with how Jesus related to Pharisees, the chief legalists, is revealing.  He called them “hypocrites” (Matthew 23:13) for teaching one thing and doing another; accused them of putting “heavy burdens” (Matthew 23:4) on people through their traditions; noted that through their traditions they nullified God’s law (Mark 7:9); and even stated that they had a mistaken view of God’s law placing more emphasis on the minor aspects and less on the major, when they should keep both in proper perspective (Matthew 23:23); but He never accused them of keeping the law too zealously!

Finally, you never tell overzealous lawkeepers, “The one who does them shall live by them (Galatians 3:12)!  Those who view legalism as the problem of Galatia will get a skewed picture of the epistle.

A better paradigm to understand Galatians has roots in Adventist theology but somehow seems to have faded from view.

The biggest theological danger Jewish Christians faced was to lapse back into the system of sacrifices and the temple cultus.  This is the main issue that Hebrews tackles.  Since that epistle is not addressed to a specific locale but to Hebrew people in general, it suggests that the problem was widespread.  The believer’s relation to the temple may form a background to such well-known passages as the temple tax incident (Matthew 17:24-27); the renting of the veil of the temple at the crucifixion (Matthew 27:51); the difficult passage of Colossians 2:16-17 (see my separate study on that text); and many more.

The regulations about the sanctuary and the sacrificial system were contained in the Pentateuch, the Torah, or Law.  It is important to keep in mind that when Paul refers to Law he refers to the Pentateuch as a complete package that contained both moral injunctions AND the sacrificial system.  Occasionally, he hones in on one or another aspect and context determines what he does when, but Law generally refers to the whole package.

The Law had a problem.  The moral injunctions declared humans sinners; but the sacrificial system, put in place to deal with the problem of sin, could not cleanse sin.  It was incapable of performing the task it was set in place to perform.  Hebrews therefore declares, “It is impossible for the blood of bulls and goats to take away sins”(Hebrews 10:4).   And, “therefore he is the mediator of a new covenant . . . since a death has occurred that redeems them from the transgressions committed under the first covenant”(Hebrews 9:15).  As such, the OT sacrifices only functioned as a shadow to point forward to Jesus, the true sacrifice for sin.

Paul was fully aware of this reality and declared as much: “Let it be known to you therefore, brothers, that through this man [Jesus] forgiveness of sins is proclaimed to you, and by him everyone who believes is freed from everything from which you could not be freed by the law of Moses”(Acts 13:38-9).  The problem of the Pentateuchal system, therefore the problem of the “Law,” was that it declared a person a sinner but offered no real solution to the problem of sin.

This is precisely the point Paul tackles in Galatians.  Take for example the parable of the slave woman (Hagar) and the free woman (Sarah) which he says represent respectively the Sinai Covenant and the New Covenant, which he discusses in Galatians 4:20-31.  The former leads to slavery, the later to freedom.  Why does Sinai lead to slavery?  Because it declares a person a sinner but can offer no real solution.  Why does the New Covenant lead to freedom?  Because the blood of Christ cleanses sin!  Hallelujah!

With these thoughts, it is important to look at a passage for this week, Galatians 3:19-25.  While Paul speaks generally of the inadequacy of the Law (Pentateuch) to save because it does not cleanse sin, here he becomes more specific and hones in on the law of sacrifices.  To demonstrate this, it pays to look at some elements of the language he uses.

The Law was added:  In Galatians 3:19, Paul says that the Law was added “because of transgressions,” and this addition happened 430 years after Abraham (3:17), i.e. at Sinai.  Why does he say “added"?  It is worth noting that when God gave the covenant at Sinai (Exodus 19:1-24:18) he did not give initially any regulations about sacrifices for sin.  That is not to say that such regulations were not known before.  All the patriarchs offered sacrifices from the beginning.  But as Israel was making a new beginning as a nation after centuries of slavery in Egypt, God initially only gave them legal requirements, the 10 Commandments, and the Book of the Law.  Three times Israel responded, “All that the Lord has spoken, we will do” (Exodus 19:8; 24:3,7).  Apparently, the people of Israel were confident they could live a life of full obedience, so God allowed that they try it out.  The result?  Within 40 days the incident of the golden calf happened, and the covenant was broken.  Israel deserved to die (Exodus 32:10,27,33,34-35; 33:5), but God graciously presented them with the system of sacrifices as a means of dealing with the problem of human sinfulness.  So, in that sense, the law of sacrifices was “added” because of transgressions.

Because of:  In Gal 3:19, the Greek for the “because of,” in the phrase “the law was added because of transgressions,” is charin.  It comes from the noun charis, “grace.”  The same word sometime functions as the accusative of charis or as a preposition, “because of.”  In the latter case, however, it nearly always conveys a sense of advantage (e.g. Luke 7:47; Eph 3:1,14; Titus 1:5,11) and, as such, is better translated “for the sake of” rather than “because of.”  Was any law added “for the sake of” transgressions?   The text might better be translated, “the law was added as grace for transgressions” in which case the sacrifices are in view as well as their function.

Conversely, the question mark could be placed after “transgressions,” in which case 3:19 would be translated: “Why then the law concerning transgressions?  It was added by/as grace.”

The word charin and the variant possibilities of punctuating Gal 3:19 all suggest that the specific law that Paul has in mind here is the law of sacrifices.

The Guardian/Schoolmaster:  Paul then proceeds to describe this specific law as a paidagōgos, “a guardian,” “schoolmaster,” or “tutor.”  The word paidagōgos is gentle.  It describes a person who looked after children, teaching them the realities of life.  His chief task was to educate.  The most famous example of a paidagōgos was the philosopher Aristotle, tutor of Alexander the Great.  Alexander later said that he owed his biological life (zein) to his father but the quality or moral aspects of his life (euzein) to his tutor.  Rich Romans would spend large amounts of money to buy/hire the best Greek teachers to give the most complete possible education to their children.

This is precisely what the law of sacrifices did.  The sinner could find some comfort in the sacrifices; though they did not forgive sin, they pointed forward to the One who would.

The paradigm whereby Paul is battling legalism in Galatians is hollow.  Rather, the problem Paul was facing was Jews who were falling back into the life they once had, focused on the Jerusalem temple and its sacrificial system on the basis that it was ingrained in the Law, the Pentateuch.  Paul declares that this arrangement will not save them because the Law does not have an adequate mechanism for sin; and those who want to be saved through it can only do so if their obedience is perfect (something no human has achieved except Jesus).  In Galatians 3:18-25, Paul hones his attention on a specific aspect of the Pentateuch, the sacrifices, stating that they were added to deal with the problem of sin, temporarily, until Jesus would come, the true answer to the problem of sin.

This commentary was originally published to Spectrum on November 8, 2011.