Genesis and Geology in Paradox: Ben Clausen’s Response to Chapter 6 in “Where Are We Headed” by William G. Johnsson

Genesis and Geology in Paradox: Ben Clausen’s Response to Chapter 6 in “Where Are We Headed” by William G. Johnsson 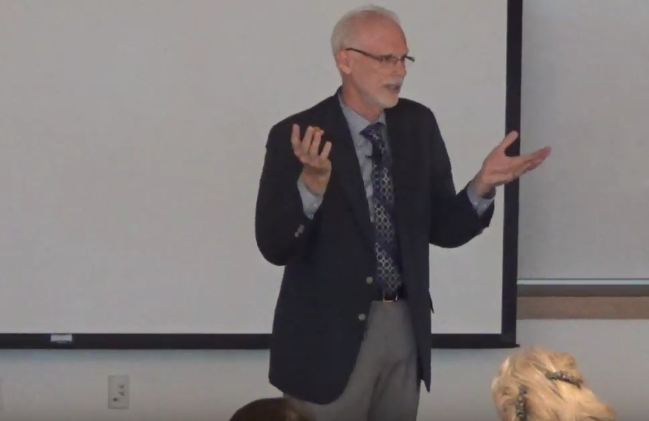 Ben Clausen frequently referred to the idea of “paradox” in his July 29 response to Chapter 6 in Where Are We Headed? Adventism After San Antonio at the Roy Branson Legacy Sabbath School (RBLSS) in Loma Linda, California. The title of this chapter is “Adventists and Creation: Jubilation or Confrontation.”

Johnsson served as the Editor of the Adventist Review for many years after doing so at Spicer Adventist University in India and Andrews University in the United States. A specialist in the study of the New Testament, especially the “Letter to the Hebrews,” he has published many books and articles.

Clausen works at the Geoscience Research Institute in Loma Linda, California. Although the General Conference of Seventh-day Adventists operates both it and Loma Linda University, which is just across the street, they are organizationally separate.

According to its website, the GRI “conducts research with the dual purposes of adding to scientific knowledge and improving our understanding of the relationship of the physical world and the biblical account of origins.” Clausen’s professional life embodies these different purposes.

As a specialist in granite, he is “adding to scientific knowledge” with the serious geological research he is doing on his own and with scholars on other campuses. This is resulting in an impressive number of articles in scientific journals as well as papers and posters at national and international conferences.

The concept of “paradox” is one of his current contributions to “improving our understanding of the relationship of the physical world and the biblical account of origins.” This is the one he emphasized on July 29.

Clausen said that he avows both the biblical stories about creation, as Adventists typically interpret them, and the geological data, as secular scientists usually interpret them, even though as of yet he knows of no “comprehensive model” which integrates them. Instead of choosing one or the other, or jettisoning both of them, he avers both of them as a “paradox.”

I can think of at least five ways that people use the word “paradox” in such conversations. One says that groups sometimes do things that don’t fit with what they believe, as when a denomination which announces that Jesus is coming soon builds institutions that are designed to last a long time. Another says that, as in the image that looks like a duck in one glance and a rabbit in another one, what we see depends upon how we look at things. A third says that science and religion are so different that assessing the claims of either of them by the convictions of the other makes as much sense as scoring baseball points with basketball rules. A fourth says that we flourish because every yin has a yang, every truth an error, every beauty an ugliness and, presumably, every creation story an evolutionary one. The fifth says that we have not yet discovered another truth which integrates the seemingly contradictory ones in a single coherent unity. The fifth is the meaning that Clausen seemed to have had in mind.

People will vary in how helpful they find inserting this concept into the discussion. A snap decision either way might not be best. I recommend watching the video and thinking about it. Again: Always think for yourself; never think by yourself!

The Roy Branson Legacy Sabbath School thanks Adventist Forum, which Branson helped establish, and Spectrum, which he once edited, for this opportunity to share our sessions with others.

WATCH: Ben Clausen on Chapter 6 in "Where Are We Headed? Adventism After San Antonio" by William G. Johnsson