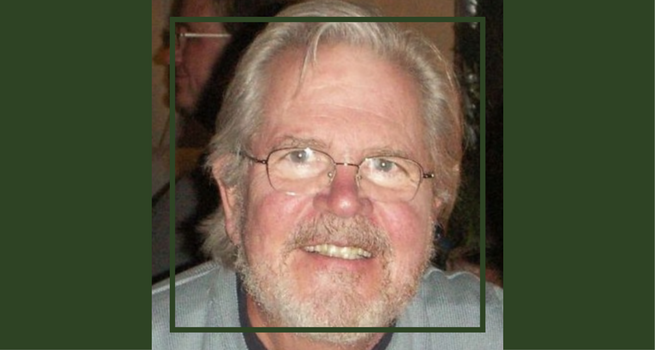 This year the Christian World commemorates the five-hundredth anniversary of the Protestant Reformation, an event that tradition tells us began on October 31, 1517 when Martin Luther posted his ninety-five theses on the door of the Castle Church in Wittenberg, Germany. At the center of this movement stands Luther’s rediscovery of the Gospel message: human beings do not earn their salvation by doing good works; rather, God freely offers salvation to all who believe. In last month’s column, I considered some protestant theological tenets (e.g. the “Sola Scriptura” principle) that facilitated the emergence and reinforcement of modern “Linear Rationality” as a positive but also an ambivalent sociological event—one that deeply conditions today’s societies and churches and urgently demands a new theological and cultural reformulation.

A third main characteristic of the Reformation is represented by its radical defense of the “Sola Gratia” principle. According to this principle, there is no relationship between any human dimension and God’s redemptive action. The Reformers believed that the Catholic salvation model was a mixture of reliance upon the grace of God and confidence in the merits of one's own works, performed in love. They pejoratively called it legalism. They posited that salvation is entirely embodied in God's gifts (that is, God's act of free grace), dispensed by the Holy Spirit according to the redemptive work of Jesus Christ, alone. By upholding this principle,  Protestantism corrected two religious anomalies. First, it purified a medieval religion encumbered with numerous intermediary mechanisms that, instead of mediating, ended up drawing God away from people. Second, it facilitated the emergence of a new religion whose strength resided in immediacy between God and the believer, under cover of a new sense of trust and surrender.

But, beyond the undoubted religious benefits which the “Sola Gratia” principle brought and beyond a more inclusive understanding churches and believers might have of it, this principle also provoked an important shift from “Creation” to “Salvation,” introducing a huge cultural revolution. This theological transformation allowed for and paradoxically also facilitated the emergence of Anthropocentrism (the belief that human beings are the central or most significant species on the planet). By detaching humanity from its natural cosmological roots and substituting the positive “arbitrariness” of God’s Grace alone, the door was open to the centrality of man himself in the Cosmos. Because God’s Grace finally and specially manifests itself in man’s absolute inwardness, it does not matter that contemporary humanity is not especially interested in “Salvation” but rather in economic, industrial, or technical “Progress”. The detachment from the “Cosmos” (Creation), facilitated by the Reformers’ soteriology (doctrine of salvation), was caught up in an unstoppable, modern trend.

1.      Benefits and limits of Western Anthropocentrism

On one hand, in light of today’s unquestionable “ecological crisis,” contemporary Anthropocentrism is certainly on trial. Just consider, for instance, the various reports produced by the United Nations’ Intergovernmental Panel for Climate Change (IPCC). But on the other hand, we need to admit that Anthropocentrism has played a positive historical role our amazing, rapid technical progress. Until recent times, nature and life’s orders were seen as an unchangeable reality. This unfortunately hid an implied anthropological conformism that resulted in passive acceptance of nature’s rhythm, harshness, and arbitrariness as unchangeable destiny. But thanks to science and a new awareness of man’s potentialities, based on reason and action, modern man has managed to replace this classical perspective and impose a new revolution grounded in the scientific method. We all benefit from this increased understanding and control over nature’s main processes and mechanisms. But this positive “Anthropocentrism” has also brought serious collateral effects we need to consider urgently.

Understanding what we are as human beings is not easy to articulate. It never has been, particularly in our times, due to a double revolution. The first one is well known—the “cosmological revolution” of Copernicus, Kepler, and Galileo, who broke down the old Ptolemaic system which reigned undisputed for centuries. They provoked and facilitated passage from a “Geocentric” (Earth-centered) to a “Heliocentric” (Sun-centered) understanding of the Universe. The second one is less known. It is the “anthropological turn” that strongly pushes and conditions us today to no longer understand humanity from a “cosmocentric” perspective but instead from an unusual and radical “anthropocentric” perspective. And the confusion starts here because both revolutions have had an enormous impact in the definition and articulation of what we are and what we do. The paradox consists in the fact that while, with the first revolution, “Earth” (Man included) was “de-centered” (undervalued), in the second revolution one element of Earth—“Man”—is made instead “Absolute” (overvalued). This double revolution has, in time, produced various anomalies. I will briefly mention three of them. First is “human exceptionalism.” This idea suggests that the only noble species on earth is humanity. “Human exceptionalism” finally resulted in “Species-ism,” the segregation and exploitation of other species, seen in today’s “Intensive Agricultural and Animal Farming,” present everywhere and benefiting us all in various ways. Second is “anthropological racism.” Western efficient and productive man became the ideal type of what humanity is and should be. Other races, which are mainly “cosmocentric” and not “anthropocentric,” were just described as inferior, unreliable,  and lazy. Third is “Biblical reductionism”. Because by a linear reading of the Bible and by the refusal to contextualize it, genuine believers often end up reinforcing the structural anthropocentrism of our times that has become culturally and biblically problematic.

2.      Is it possible to go beyond an “Anthropocentric” reading of the Bible?

The strong, self-correcting mechanisms present in western society have also pushed it to be partially aware of the ambivalence of Anthropocentrism and to find some alternatives to it. So we have today various non-anthropocentric approaches to reality in different disciplines which work with multi-directional, holistic strategies. They try to remind us that men and women are not alone on this planet. There are other species that have the same dignity as us (Peter Singer) and that the earth itself is a living organism (James Lovelock, Lynn Margulis) which we should not manipulate to our own convenience. For this reason, it is not the profile and model of the “productive man” that we need to promote and follow today. This typical anthropocentric profile is based on human exceptionalism and ends up exploiting nature and others. The new profile should be that of the “Dialoguing man,” a humanity recognizing the need for co-existing together with other species through real processes of renunciation, negotiation and downsizing artificial needs.

It is in this context that great value can be found in the legacy of Tom Regan, who passed away early this year, the 500th anniversary of the Reformation. More than Peter Singer (also a renowned Animalist whose approach follows rather the tenets of “moral consequentialism”) Regan has insisted on the “intrinsic” value of animals following a characteristic “deontological” approach (judging morality based on rules) to the animal issue. In his book “The Case for Animal Rights,” Regan argued that non-human animals bear moral rights. His philosophy aligns broadly within the tradition of Immanuel Kant though he rejects Kant's idea that respect is due only to rational beings. Regan points out that we routinely ascribe inherent value and, thus, the right to be treated with respect, to humans who are not rational, including infants and the severely mentally impaired. The crucial attribute that all humans have in common, he argues, is not rationality but the fact that each of us has a life that matters to us; in other words, what happens to us matters to us, regardless of whether it matters to anyone else. In Regan's terminology, we each experience being the “Subject-of-a-life”. If this is the true basis for ascribing inherent value to individuals, then to be consistent we must ascribe inherent value—and hence moral rights—to all subjects-of-a-life, including non-humans. The basic right that all who possess inherent value have, he argues, is the right never to be treated merely as a means to the ends of others.

Can we Adventists, starting from the Bible, overcome—or at least limit—the strong Anthropocentrism  we derived unilaterally from the Bible itself and, subsequently, extended to theology, administration, pedagogy, and ethics? We should try for at least two reasons. First, an exclusive and hard Anthropocentrism is not mandatory—theologically or culturally. Valid alternatives exist already. Second, and the main reason, is the Bible itself. The main literary biblical forms are poetry, narrative, parables, oracles, visions, and metaphors. Fundamentally, all these forms are uncongenial to an exploitative, productive, or compulsive model of action. Rather, they structurally balance correct action with wisdom, prayer, communality, sharing, and respect for nature. And for Adventists, Genesis reminds us that the crown, peak,  and height of Creation is not man but the Sabbath. The Sabbath is probably the strongest biblical element that radically contrasts our contemporary Anthropocentrism without discarding the legitimacy of a balanced affirmation of humans. Protestantism has, is, and should be a living witness to a refreshing anthropology maintaining in tension the various complex elements of a “heterogeneous” and “poly-centric” Bible.