Carla Gober-Park Expands “the Main Thing” in Chapter 4 of “Where Are We Headed?” by William G. Johnsson

Carla Gober-Park Expands “the Main Thing” in Chapter 4 of “Where Are We Headed?” by William G. Johnsson 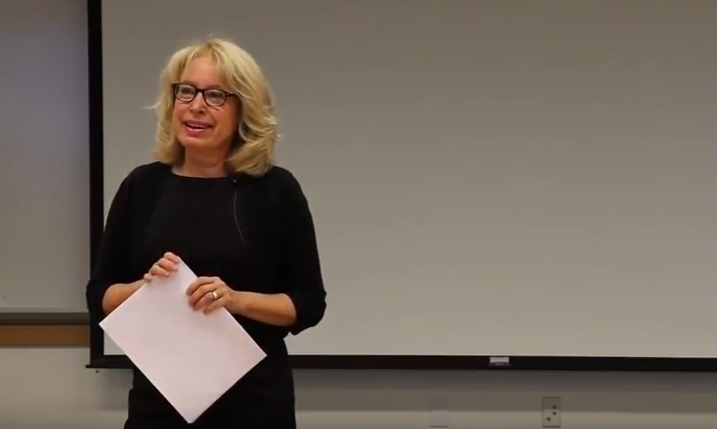 “Will We Keep the Main Thing the Main Thing?” asks William G. Johnsson in the fourth chapter of Where Are We Headed? Adventism After San Antonio. In her July 15 response at the Roy Branson Legacy Sabbath School in Loma Linda, California, Carla Gober-Park enlarged what the chapter says “the main thing” is.

Johnsson served for many years as the editor of the Adventist Review. This is Seventh-day Adventism’s official journal for its own members. He previously served at Spicer Adventist University in India and at Andrews University in the United States. A New Testament scholar, he has published many books and far too many articles to count.

Gober-Park has at least three major responsibilities at Loma Linda University. She is Assistant Professor in the School of Religion, Director of the Center for Spiritual Life and Wholeness and Assistant Vice President for Spiritual Life and Mission. She has degrees in nursing, public health, marriage and family, and religion. A specialist in the interaction between religion and psychology, she earned her Ph.D. at Emory University. Yet she says that her favorite title is “Wife of One Husband—Gordon!”

This session could have been either fierce or flat. On the one hand, because Adventists have so many different understandings of what “the main thing” is, and because honest and intense Adventists advocate each of them, the session’s hour might have felt like an eternity in hell.

On the other hand, the participants might have exchanged cheerful but empty pleasantries in order to avoid sparking the flames of controversy and nothing would have been accomplished.

Neither of these things happened.

Johnsson’s chapter says that “The main thing, the matter of first importance, comes to just five little words: ‘Christ died for our sins.’”

When I read this, I immediately remembered one of A. Graham Maxwell’s most famous Loma Linda sermons which he titled “Christ Died for Sinless Angels Too!”

What would Carla say? What would Bill think? How would the session end? Watching the video is the only way to know (see below).

Stick with it! Carla’s presentation was for me more like hiking among the trees in a forest, stopping to enjoy each one in turn, than it was like speeding down a freeway.

“Where is she going with this?” I asked myself more than once. Not until her persuasive conclusion did I realize the importance of each seeming detour. William G. Johnsson had the last comment, and he was very positive.

Those of us who are associated with the Roy Branson Legacy Sabbath School in Loma Linda, California believe that many good things happen where we live that might be of interest to quite a number who live elsewhere. This is why we are making videos of our sessions and posting them on the internet.

As everyone knows, it is easy to get on the Internet but hard to get noticed. This is why we are grateful to all those at RBLSS and Adventist Forum who are helping us to get started.

WATCH: Carla Gober on Chapter 4 in "Where Are We Headed?" by William G. Johnsson