With Suffering, Words Can Poison Comfort

With Suffering, Words Can Poison Comfort 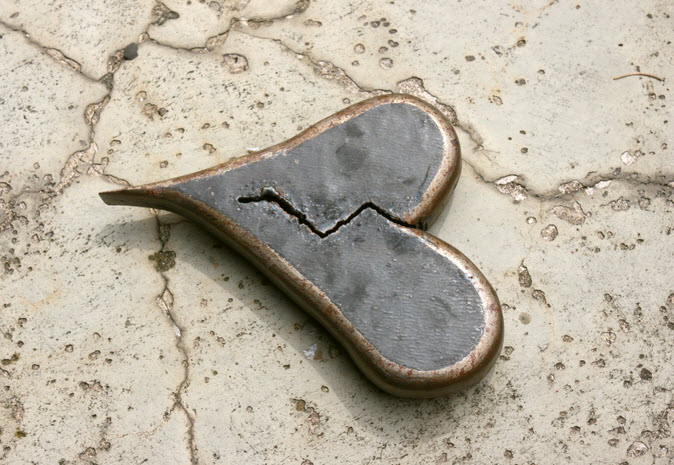 Suffering, like death, comes to us all. And like death, it comes not to enrich but to gnaw and chip at the sinews. Finally fatigued, we give in to death's unwelcome embrace.

Bryan was in the prime of life. He enjoyed competing with his young nephews in impromptu six-pack displays. He was enviably healthy but self-deprecating, almost to a fault. Bryan was a good man, and he was my friend. Two weeks before they discovered he had cholangiocarcinoma, he singlehandedly shingled the leaky roof of a home belonging to an elderly Sabbath School member he knew could not afford the bill. Thirty-one days after his diagnosis, he was dead, leaving behind an aged mother, a stunned family, and an army of loved ones groping to understand.

My son Michael was in 8th grade when Bryan, his favorite uncle, died. Bryan introduced Michael to fishing and secretly—(and probably “illegally”)—gave him his first driving lessons. It was Bryan who read Uncle Arthur’s Bible stories to him when he could barely read. I would learn later, when reading an essay he wrote two years after Bryan’s death, of Michael’s faith crisis. He wrote, “I prayed so hard and so often when my uncle got cancer that God would cure him. My uncle had assured me when he told me Bible stories, that God answers our prayers if we are earnest and if we believed. I was earnest. And I believed. But he died.” In his concluding sentence, his wrestle with guilt is evident: “Now I wonder whether I was earnest enough, or believed less.”

The bard was right, “When sorrows come, they come not single spies but battalions.” Substituting “suffering” for “sorrow” serves as well.  Suffering does not give us room to breathe or regroup. It piles on and makes us question Paul’s assurance that God “will not let [us] be tempted beyond what [we] can bear” (1 Cor 10:13, NIV).

Then, June—she with the sunniest smile—followed Bryan. Smart. Poised. Enigmatic. June was one of those blessed individuals whose presence always calmed our restless souls. She never lost a debate because June always had the last word. Within a year of Bryan’s passing, she was diagnosed with Thymoma, a rare cancer of the Thymus gland. We had her a little longer than we had Bryan. But she, too, lost the fight, leaving behind a distraught husband, a most devoted son, and a new grandson she adored. Again, we did not understand.  And the pain deepened.

But not all suffering involves death. Life’s most intractable sufferings are those that come to stay. Unbidden, they strut in to keep us company and set us adrift to extend the pain.  This is Priscilla’s state. Our friendship dates to college days. Her career had taken root. The children were on their own. And it finally seemed that worrying about life could be a luxury. Then sickness intruded. The experts cannot divine the cause, but month by month her health continues to decline, reducing a hitherto self-assured woman to self-doubt and near resignation. And we who love her are reduced to impotent bystanders, not knowing what to make of this or how to relate to what we do not understand. The only constant is the interminable pain.

When suffering concerns our children, it is a special kind—bitter, cruel kind. This is the story of Chance. A recent college graduate with a new teaching job, as I remember him, several years back, he was incurably happy and full of promise. Now he suufers with a malevolent diagnosis, coupled with difficulty managing the disease. His fear is mirrored in the faraway gaze of his devastated single mother who had great hopes for her son. We who love them both look on in helpless disbelief at the unfolding nightmare and wish we could understand.

These are only a few of my private pains about people I love, whose sufferings have left me like Jacob with a bruise that will not leave my side. But I am aware that the ripples from the pain I feel connect me to a wider circle of common humanity. I own my grief, my pain, my suffering and find private ways to negotiate a truce. I am not always successful and sometimes feel over-run by its enormity. I manage to limp along and not give in totally to crippling effect. But my greatest fear, when in the throes of suffering, is the advice of kind comforters who genuinely aim to help but who end up speaking words that only intensify the pain.

Consider a core biblical approach Christians sometimes use to mitigate suffering. The most entrenched view, expressed throughout the Old Testament and reinforced in the new, is that God uses pain and suffering as a corrective, to bring his wayward children back to him. This is how prophets like Jeremiah, Amos, and Hosea explain why the children of Israel end up in exile, endure famine, or come under foreign occupation. Calamities befall God’s people, whether as individuals or as community, because they walk away from God. Amos’ rhetorical inquiry, “Does misfortune come to a city, if Yahweh has not caused it?” (3:6 NJB) and Hosea’s “I will destroy you, oh Israel: who can help you?” (13:9, NIV), grow out of a settled understanding that God initiates these actions as punishment for their transgressions, in his attempt to bring them back to him.

The prophets are not the only divine messengers who see suffering as punishment from God. Biblical wisdom writers, especially in Proverbs, Ecclesiastics, and Job, share this orientation.  Indeed, this is the main argument Job’s friends make throughout their long discourse. “Can you recall anyone guiltless that perished?” (4:6, NJB) is Eliphaz’s first question. Bildad's impatience with Job’s protestation of innocence shows: “If your sons sinned against him, he has punished them for their wrong doing” (8:4, NJB). Zophar concurs; “let God speak. . . . Then you would realize that God is calling you to account for your sin” (11:6 NJB).

This viewpoint, in a nutshell, undergirds the many iterations of the same idea found in the New Testament down to our own time. In the hour of suffering, our consolers promise us, in different ways: “We won’t understand why now, but we will find out later that God allowed our suffering for good reason.” Or, “God will not allow us to go through more than we can bear.” Or, “God uses such trials to bring us back to him.” Or, “God allowed our loved one’s death to preserve her for eternity.” These are restatements of the same basic idea: God punishes us or allows us to suffer for one of two reasons: 1) We have sinned, and 2) the resulting punishment or suffering is redemptive. After all, Paul assures us that "all things work together for good to those who love God" (Rom 8:28 NKJV).

I must confess to being agnostic about the veracity of this notion, that God uses suffering as punishment for our sins with the goal of spurring us to re-establish a relationship with him. My agnosticism stems from my interpretation of other parts of the Bible that seem to resist this thinking. For example, it was generally accepted by the Israelites that God punishes future generations by visiting “the iniquity of the fathers on the children and the children’s children, to the third and fourth generation” (Exo 34:6-7; Deu 5:8-10).  This idea was so entrenched that it achieved proverb status. Then the people protested to God about the unfairness of their father’s eating “sour grapes” and their teeth “being set on edge” (Jer 31:29; Eze18:2, NASB). God heard them and declared that, from then on, this proverb was anathema. Now a new and better proverb will replace the old: “Everyone will die for his own iniquity; each man who eats the sour grapes, his teeth will be set on edge” (Jer 31:30, NASB). Or, as Ezekiel puts it, “The soul that sinneth, it shall die” (18:20, KJV).  Translation: Everyone is now responsible for his or her own actions and, consequently, for his or her own salvation. The era of communal responsibility for one person’s sins was over.

We often feel compelled to say something when confronted by raw suffering, so we resort to clichés from our biblical background. We speak words meant to comfort, but somehow the words fail to achieve their intended goal. In many instances, we realize the moment we begin to speak that what we are saying is inadequate, inappropriate, or even hurtful. But we continue because we feel we must say something. Why do we feel we must speak to comfort?

Job's three friends do not fare well in the reader’s imagination. I think this verdict is largely because the three were reproached by God for misrepresenting him. But I see them differently and maintain that as friends go, Job had no better. Recall that on learning of his unspeakable plight, the three left everything to be with him. Re-envision what they did when they got to the open field where their unrecognizable friend sat, alone. The narrator tells us they wept, tore their garments, and threw dust over their heads. “They sat there on the grounds beside him for seven days and seven nights,” he continues, adding poignantly: “To Job they spoke never a word, for they saw how much he was suffering” (2:12-13, NJB).

Eliphaz, Bildad, and Zophar demonstrated true friendship by their actions for seven days and nights. The four friends were never closer than during that week together when speech was irrelevant. It was only when they began speaking that everything turned. I am not sure if the interaction between Job and his friends teaches us anything when we attempt to ease suffering in those we love. One thing seems clear though. We don ot have to speak to demonstrate that we care.  Presence is often more eloquent. As John Milton observed, “They also serve who only stand and wait.”