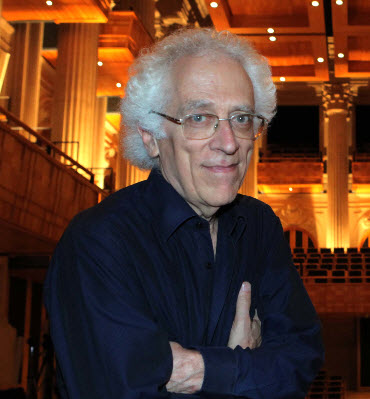 This year the Christian World commemorates the five-hundredth anniversary of the Protestant Reformation, an event that tradition tells us began on October 31, 1517 when Martin Luther posted his ninety-five theses on the door of the Castle Church in Wittenberg, Germany. At the center of this movement stands Luther’s rediscovery of the Gospel message: human beings do not earn their salvation by doing good works; rather, God freely offers salvation to all who believe. In last month’s column, I considered some protestant theological tenets (e.g. the “universal priesthood of all believers”) that facilitated the emergence and reinforcement of modern Individualism as a positive but also an ambivalent sociological event—one that deeply conditions today’s societies and churches and urgently demands a new theological and cultural reflection.

A second main characteristic of the Reformation is represented by its radical defense of the “Sola Scriptura” principle. “By the Bible alone,” was Luther’s solid answer to the religious and secular authorities of the Holy Roman Empire gathered in 1521 at the imperial Diet of Worms. By upholding Scripture as the only and unique sound foundation for theology and piety, Luther’s Protestantism pursued two goals. It purified a medieval religion that was excessively mixed with superstition, power, and unchristian elements, and it facilitated the emergence of a new religion whose strength resided in an unknown immediacy between God and the believer. Scripture was placed in front of a medieval religion that had become overwhelming complicated with its numberless religious mediations. But, beyond the undoubted religious benefits the “Sola Scriptura” principle brought, and beyond an “exclusive” or “inclusive” understanding churches and believers might have of it, this principle also has introduced a new psychological and sociological configuration. For the sake of brevity, it can be given this term: the emergence of “linear thinking.”

Western societies in their various cultural, pedagogical, or organizational systems are heavily based upon “linear thinking.”  Most people have been taught over the course of their lifetime to see things linearly interconnected. We are continually instructed that there is a beginning and then an end, a problem and then a solution, a rise and then a fall, an action and then a reaction. These are linked in an orderly and sequential fashion as an antecedent conditioning cause followed by a conditioned and resulting effect. This way of reading and approaching reality has been tremendously effective because it has given our lives discipline, control, order and efficiency. Even religion, Adventism included, has been modeled this way. However, the collateral and unexpected effect of this has been the emergence of an irresistible obsession to simplify reality to fit into this model of thinking. Our way of reading and approaching reality has become unidirectional, sequential, causative, and mechanistic. Linear thinking tends to overlook important aspects of situations. It ignores the existence of complex or paradoxical systems by reading them unilaterally. Reality says instead that there is much more at any given moment than a simple start and finish or cause and effect.

The emergence of linear thinking is certainly multifactorial. And the seeds of it can even be found in Aristotle himself and three aspects of thinking he describes: the identity, non-contradiction, and excluded-middle principles. But it is only in modern times that linear thinking really gets its epistemological, scientific, philosophical, political, and social justification. Descartes, Kant, Marx and Bacon, Galileo, Newton, and many other leading western thinkers have contributed, in various ways, to reinforce this model. But one of the most important “unnoticed” mechanisms responsible for the success of today’s linear thinking has been the massive proliferation of books, and most prominently, the Bible. Not the “content” but the “form” of the book itself has been determinant. This is the thesis, among others, of Marshal McLuhan's book Understanding Media: The Extensions of Man, published in 1964. McLuhan proposes that a “medium” itself, not the content it carries, should be the focus of study to really assess the impact of any way of communicating. He said that a “medium” affects the society in which it plays a role, not only by the content delivered over the medium but also by the characteristics of the medium itself. And the “book” as “medium” has definitively transformed us—psychologically and sociologically (M. McLuhan, The Gutenberg Galaxy: The Making of Typographic Man). By reading our books from left to right, sequentially, and causatively, our thinking and finally our lives have been transformed (and deformed) into a unidirectional and reductive experience. And the same deformation process has touched our reading of the Bible and our self-understanding as believers. By faithfully reading the bible as a “book,” we have become “linear-mechanic” readers of a “linear-mechanic Bible,” independent of the good things we can get from it. The Bible as God’s Revelation has not been transmitted to us orally or by images or on scrolls—as in old or new testament times—but in a typical “modern” form: a book. In this sense, modern culture does not follow our reading of the Bible in the various honest applications we can make of it; rather, it precedes it. Even more, it is because of modern culture that we have access to the Bible in its book form. But, as no culture is monolithically bad or good, ours has given us efficiency and order but also a reductive, linear approach in reading the Bible. And linear thinking ended up “disenchanting” the Bible and believers beyond any self-labels like “progressive” or “conservative.”

2.      Is it possible to go beyond “linear thinking” in reading the Bible?

The strong, self-correcting mechanisms present in western society has also pushed it to be partially aware of this unilateralism of linear thinking and to find some alternatives to it. So we have today non-linear approaches to reality in various disciplines which work with multi-directional, holistic strategies such as those applied by “systems-thinking” (Von Bertalanffy, Bateson). Non-linear thinking, a relatively new term, reminds us that human thought is characterized by expansion in multiple directions and based on the concept that there are many starting points from which one can apply differentiated logic to a problem. Non-linear thinking is less constrictive and, because of its inherent lack of structure, better allows a person's creative side to run rampant. Non-linear thought increases possible outcomes by not being dogmatically certain about the starting point for any process. Non-linear thinkers tend to jump forward and from side-to-side through the steps of a project in an effort to see the big picture and tackle those areas that have the most interest. Non-linear approaches, unfortunately, have not changed the general Western trend but have created a new polarization.

In his own way the Bulgarian linguistic, sociologist, and cultural analyst Tzvetan Todorov, who passed away early this year, the 500th anniversary of the Reformation, offers an alternative to rethink our approach to reality and to the Bible. He points to a provocative sentence taken from Dostoevsky’s novel The Idiot, which says  “the Beauty will save the world.”  In a presentation to the Protestant Theological Faculty of Paris (2006) and subsequently published as a book (The Apostles of Beauty, 2011), Todorov reminds us that  Western thought has always had enormous difficulty in considering elements outside its own rational, linear-thinking system. But, at the same time, there have always been witnesses to reality’s complexity. In pre-modern times, these were mainly religious figures like the mystics. In our times, the witness is mainly given, says Todorov, by artists and authors.

Can we Adventists, starting from the Bible, overcome—or at least limit—the strong impact of linear thinking we derived from the Bible itself and, subsequently, extended to theology, administration, pedagogy, and ethics? We should try for at least two reasons. First, linear-thinking is not mandatory. Alternatives can be valid. The previous allusions to non-linear approaches are examples. Second—and the main reason—is the Bible itself. The main literary biblical forms are poetry, narrative, parables, oracles, visions, and prophetic or apocalyptic metaphors. All these forms are essentially “plurivocal” and thus opposite to the typical “univocity” of linear-thinking. Our justified insistence on the Bible’s clarity and accessibility should not lead us to dismantle its structural complexity. Protestantism has, is, and should be a living witness—not of a “linear Bible” but of the healing capacity of a “complex,” “heterogeneous,” and “poly-centric” Bible.