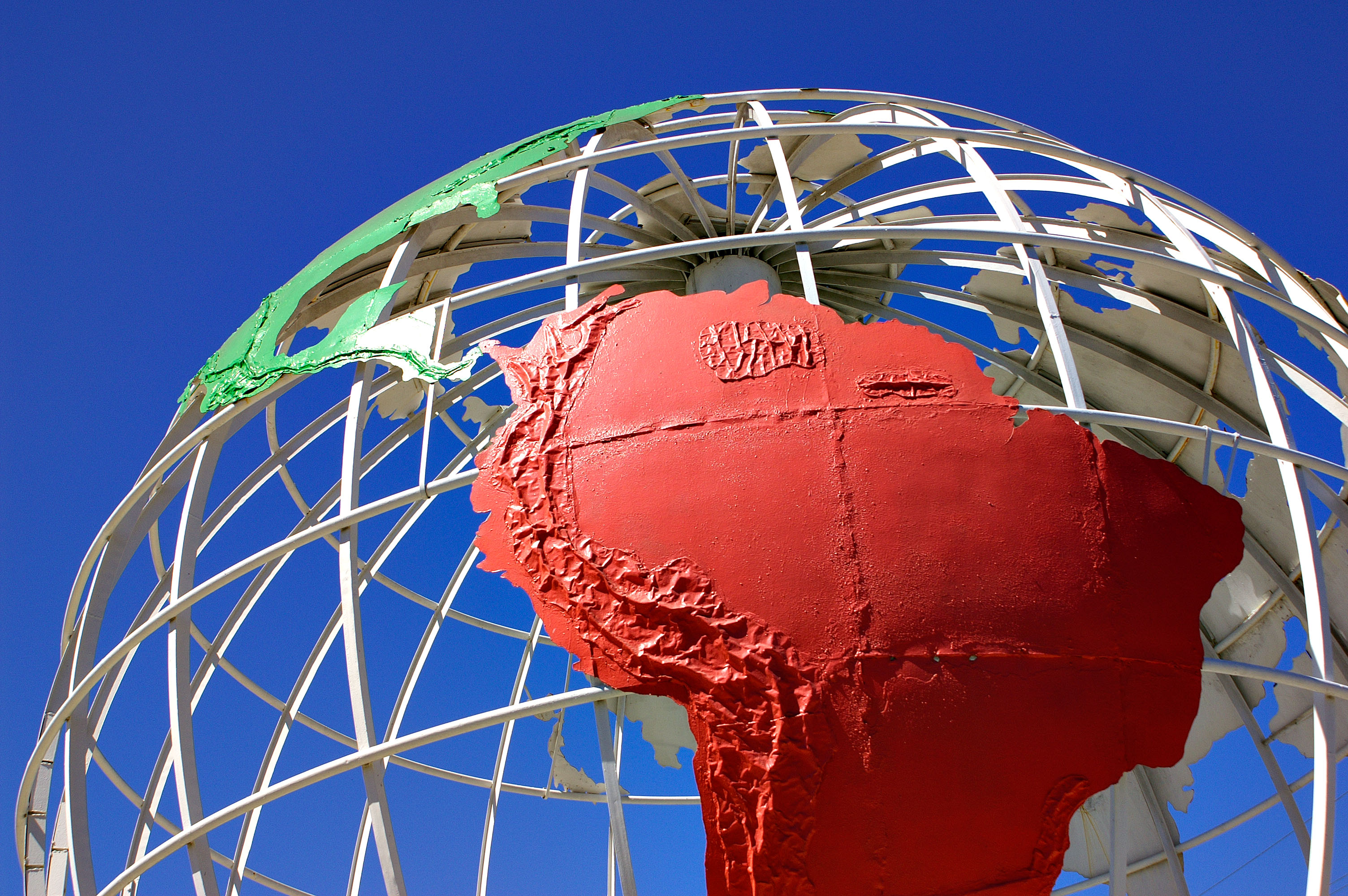 A recent survey was conducted in Spanish to Latin American Seventh-day Adventist Church members (English translation used for the benefit of this publication). Of the 542 participants, 52% are in favor of women’s ordination, and 48% are not in favor. Furthermore, out of those who do not favor women’s ordination, 20% are willing to allow other territories to do so which increases the overall favoritism. This voluntary survey clearly shows a different result than the GC 2015 vote of the Latin American leaders.

While the world church has been debating this issue for years and we mostly know only what the administration has voted, this survey was conducted to try to see if the view of the laypeople, and perhaps some local pastors, could reflect the same sentiment or not. The result is in, and I was personally surprised to see this unexpected result. I was prepared to explain a negative result, but I now have to change my analysis.

I recognize there are limitations in the validity and value of this survey, and I would welcome the General Conference in conducting a formal and scientific one for Latin America so that we can have one for the record. In the meantime, I can analyze several areas of research that I aimed to address that could have some influence on the final result.

Results of this set of questions show a known pattern in Latin American culture: Women have the primary responsibility when it comes to taking care of children, and men ought to work outside of the home and be the spiritual guide. This is contrary to European and North American culture where these roles are treated more equally and commonly shared. “Equal opportunities for women and men is a contractual principle and therefore a condition for membership of the European Union.”[1]

The next question deals with women’s rights in general. The results are positively surprising. When asked about some basic rights, participants answered like this: Right to vote 100%, right to study 100%, right to equal level of employment 96%, right to equal pay 98%, and right to govern 89%. These results put Latin America at par with developed countries. Apparently, the patriarchal mentality is being left behind, at least when it comes to these basic rights. However, when it comes to women in the church, the support is not as overwhelming as some would expect. Some of the other issues dealt with in the rest of the questions may explain these differences.

Regarding the Church Manual, 96% answered correctly that the GC has either full or partial authority. However, in regard to ministerial ordination 96% think that the GC has either full of partial authority though this is not true according to the 1901 church re-organization and governance.[3] Perhaps lack of understanding of who has authority in our system of governance is the main contributing factor to confusion and the power struggle in our church.

A slight majority of Latin Americans (54%) understand the concept of the representative model of our organization when they answered correctly to say the authority of the church is distributed at the different levels with barriers of total authority. However, almost one-third (31%) think that total authority resides with the General Conference while 15% don’t understand the system or are confused about it. That means 46% do not understand the structure well. We could deduce, based on the last two sets of authority and organization questions, that due to the confusion of how the church authority is distributed, a culturally familiar vertical authoritative mode of government is being put in practice. Thus, church business is conducted under the most familiar and culturally accepted model rather than how the system is supposed to work, according to these answers.

The following question deals with a key element in ordination. The survey asked, “who makes the call to the ministry?” 65% responded correctly that it is God who calls individuals to ministry while 30% responded that God makes the call and the church confirms it. This leads to the question, if 95% (65% + 30%) think that God makes the call, why do only 52% approve of women’s ordination? Is it God or men (the Church) make the call? If we are really that convinced that God is the one who makes the call to ministry, why do we question it? Does the church have the authority over God in this regard? Is it their culture that blinds them to the possibility that God is calling women just like he does men? These are inescapable and politically suicidal questions, but I feel the responsibility to ask them based on the answers given in the survey.

Our Catholic friends theologically and administratively assign different levels of “spiritual authority” to their priests. The higher the level, the higher the power and spiritual height. The ladder stops at the Pope who is “God’s representative” on earth and the highest authority on earth and the church.[4] We Adventists do not believe in levels of power, and we surely do not believe in levels of spirituality![5] Or do we? According to survey responses, 49% (19% totally agree and 30% partially agree) of Latin Americans believe that ordination “elevates” the person to a privileged spiritual level. This is alarming, but perhaps the answer is found in the high influence of a Catholic culture that permeates Latin America in general.[6] It is refreshing, on the other hand, to know that 51% do not believe that way. These percentages reflect the most parallel results to the question of women’s ordination to the ministry (52% in favor, 48% against). Could Latin Americans say then, when it comes to church matters, we are perhaps influenced by a culture of Catholic theology ordination understanding?

The next question, seemingly concurs with the assumptions on the previous question, with high support (80%) of women’s ordination as a theological issue. The question is, what kind of theology? On the other hand, years of studies done by the church, including the latest one done by the special commission on Theology of Ordination (TOSC)[7] have not produced a consensus on whether or not this is a theological issue.

What really makes it puzzling is the answer to the next question where 64% (27% totally agree + 37% partially agree) responded that women’s ordination is just a governance issue. Now, how do we explain the fact that 80% on the question above said that this is a theological issue and now 64% say that this is just a governance issue? Are there some mixed feelings about how to handle the current situation in our church? Or do some people want to vote twice with two different options that do not relate? I am unsure what to make of this mixed reaction.

Finally, as a way to inform those who are against women’s ordination, the majority of Latin Americans (80%) do not believe that women’s ordination is related to the LBGTQ issue. This is another surprising response since several figures have used this argument in their efforts to gain more ground. This survey wanted to address this point, and the results are very clear: this argument is ineffective, at least with Latin Americans.

Survey responses were gathered from March 3, 2017 to April 3, 2017. Questions were distributed via several Adventist Latin American Facebook groups and church pages. The groups reflect a general representation of church members with no predominant views on the issue. There was a special effort made to utilize larger groups and church pages rather than small ones in order to have the most unbiased approach. There was also a request to share the survey with friends voluntarily. The survey was directed to Latin Americans who live in Latin America as compared to Latin Americans who live in the U.S. Percentages provided in this analysis filtered out anyone who currently resides in the U.S. in order to obtain a more accurate result.

The highest countries that participated are as follows: Mexico 25%, Argentina 21%, Peru 21%, Chile 6%, Colombia 5%, Paraguay 3%, Bolivia 2%, Brazil 2%, El Salvador 2%. The rest of the countries combined totaled 13%. Additionally, 98% of respondents are baptized church members. Those who are not (2%) were courteously thanked for their interest in the survey but were not allowed to answer the questions.

56% of respondents were men and 44% were women. Of those who participated, 57% were married, 37% single, and 6% were either divorced, separated, or widowed. 17% of respondents had a high school education while 82% were professionals (AS, BA, graduate, or doctoral). 49% had been a baptized member of the Adventist church for 21 years or more. 62% were born in an Adventist home, and 24% were from Catholic background. 72% do not work formally for the church while 28% do as either pastors or in a church administration role.

This survey was originally conducted as partial fulfillment of the class: “Contemporary Issues of Theology” by John Webster, PhD Professor, at La Sierra University, HMS Richards Divinity School, to support a paper titled: “Cultural Influence in Church Policy: The Role of Culture and Its Influence in Church Leadership and Politics in Latin America.”

A note from the author: “I dedicate this research to my niece Kaylee Chinchay, who has responded to God’s call to the ministry and completed her first year of Theology at Walla Walla University, and to all women who respond to this sacred call around the world.”

[2] Seventh-day Adventist Church Manual, Review & Herald, Revised 2015, Updated 2016. “A board has no authority to vote letters of transfer or to receive members by letter. The board’s authority is limited to making recommendations to the church. Action on all transfers of membership, favorable or otherwise, must be taken by the church. (See pp. 51, 52.) The clerk has no authority to remove names from or add names to the membership record except by vote of the church, unless a member requests in writing to be removed from church membership, in which case the church board must act on the request.” P. 54

[3] “The Role of Union Conferences in Relation to Higher Authorities” in Spectrum Magazine website, October 7, 2016. http://spectrummagazine.org/article/2016/10/07/role-union-conferences-relation-higher-authorities

[6] Is known that Latin America was conquered by Spain with Christopher Colombo and they imposed Catholicism over death penalty via inquisition to those who will refuse or speak against it.