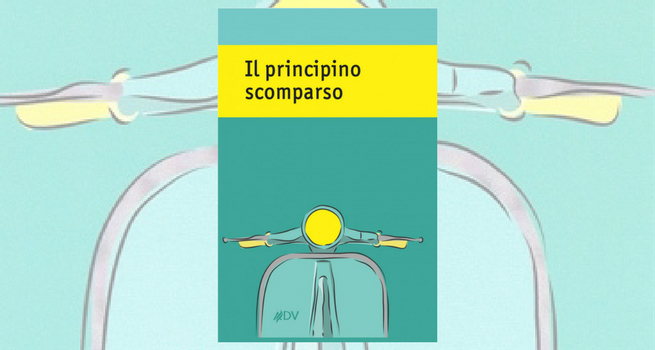 Rolando Rizzo, who recently published his fourth novel, with an Adventist publishing house, has been called the Italian John Steinbeck. But he has had no success so far in finding an English-language publisher.

Question: The Italian Adventist publishing house ADV recently published your novel called Il Principino Scomparso or The Principal Who Disappeared. What is the book about? Who are your target readers?

The novel follows a loved, respected, and happy Adventist family. There is a dad, a mum, and two young people who are very close to each other. All of a sudden, one of the kids disappears. The parents get a good private detective to search for their son. The search reveals a reality that they would have never imagined.

I never considered a specific target readership. A novel, to me, is not like a drink or a cosmetic product or a business transaction but an ethical and spiritual event. A novel of quality is a deep expression of one’s self; it’s the voice of the heart; it’s an honest synthesis of one’s encounter with the mystery of life.

This is your fourth book (although the first one published by an Adventist publisher). Are the other titles similar? Who published your previous books? Why did you change publishers?

Before this book, I wrote a compilation of stories and a collection of poems. This is my sixth literary work, but before these six works, the Italian Adventist Publishing House (ADV Florence) had published 14 other works of mine: literary essays and theological writings.

My first novel had two editions and was a great success. The second one also did well. However, the editor of my first two novels didn’t keep his commitment. The second editor I turned to was very good, but he sadly passed away.

I published this last novel with my old Adventist Publishing House because peole there asked me to publish with APH.

How many books have you sold so far? What has the response of readers been like?

My first novel sold between 5,000 and 6,000 copies. The other novels sold less. But I don’t have well known publishers to support me. There has never been any investment in advertising.

What has sold depends on the fact that I am well known among the Adventist community in Italy, which is a small community. There are 9,000 members in total, half of which are not Italian-born.

I had excellent reviews. Some important literary magazines called my books “masterpieces.”

But the most beautiful thing is that I receive letters and phone calls every month by readers who want to thank me — both Adventists and non-Adventists. I have been invited to speak in numerous non-Adventist schools.

How long did it take you to write your most recent book? What inspired you to write about peasant life in Calabria in the 1950s?

I spent the first 14 years of my life in Calabria. Obviously, that is the land that inspired me. One literary critic called me the Italian John Steinbeck. However, I don’t write only about Calabria. A great Italian writer wrote that writing literature means “express[ing] one’s own existential drama.” In my novels, I honestly express what is within me — starting from my childhood that was tragic and dramatic, but it has been a life that was later lighted up with hope.

I publish a novel every two years even though I am very busy with other things. Despite the fact that I am retired, I still work for the churches that invite me. I also have significant family responsibility because my only daughter is disabled.

Are there any plans to publish the book in English?

I have some plans, but I don’t have the means to accomplish them. I tried to contact Adventist Publishing Houses in Spain, Germany, France, and the U.S. Even though I sent my CV as pastor, professor of theology, and author I didn’t receive one single answer! It has been the greatest disappointment of my life. I felt like brotherhood didn’t exist.

However, I know that especially my first novel could become a best seller and an extraordinary instrument to witness. I have received at least 200 thank you letters from the readers of my novel.

You are a retired Adventist pastor, and you previously taught practical theology at Villa Aurora. How has your experience of pastoring and preaching informed your writing? How is being a novelist different from your previous career?

I have always loved literature ever since I was a kid. When I was young, I won some prizes in poetry. The Adventist work, however, gave me heavy responsibilities from the beginning. I was National Secretary for the Adventist Youth for 15 years, then for Sabbath School, for lay activities, then president of a district, then professor of theology, and at the same time, pastor of Florentine churches.

So until I was 65, I only wrote things related to my responsibilities. As a duty toward the church, I put aside literature. Once I retired, though, I started with narrative and poetry (which, by the way, is the language found in most parts of the Bible).

I continued my work as a pastor using a different instrument. My writings now are a different way to preach.

Few Adventists know that evangelization in Europe didn’t happen through theologians — it mostly happened through great working-class writers. Fyodor Dostoyevsky, Victor Hugo, Alessandro Manzoni, Dante Alighieri — they brough stories to the working class. They are the real evangelists of the continent.

Except for Jesus, every believer, even the most faithful and sincere from the time of the apostles to the present time, doesn’t separate himself completely from his own culture. He brings within his Adventism the good and the bad of his culture. There isn’t only one type of Adventism — but there is one hope.

However, in front of an authentic poem or a valuable piece of narrative, everyone is touched.

Have you always been a writer?

I started my academic studies very late. After elementary school, I went to work. I started my studies when I was 22. But before that, I did write for the Adventist newspaper of the school where I worked and for Adventist magazines.

My first book God Exists was published in 1981 by the Adventist Publishing House (ADV) in Florence.

What advice do you have for any young Adventist writers?

To read a lot before writing and to write only if in your heart there is something that you strongly desires to share.

What are your favorite books?

What are your plans for your next projects?

Many. At the moment, the biography of an extraordinary Italian Adventist Domenico Bellochio is at print. A short novel called La viola e i gigli del campo (The Violet and the Lilies of the Field) is also ready.

I have also just started a novel that tells the experience of a priest titled Dalla fine del mondo (From the End of the World).

I don’t have much time. I am 74. My hope is that an important American Adventist editor notices the strength inside some of my novels and decides to invest in me. I wish this  because English is a universal language. This is the heritage I would love to leave to my daughter.

Tell us a little about your daughter.

My only daughter is 39 years old. Before she was born, the hospital told us that the baby had died. But during labor, they realized that she was still alive. She weighed less than three pounds. She was diagnosed with hydrocephaly. She had an operation when she was four months and another when she was four years old. She was admitted to the hospital some 50 times. Today, she has many nerve and psychiatric problems and is unable to care for herself. We are concerned about the future.

My dream is that my narrative work, especially my first novel, could gain access to a larger market, and thus help my daughter.