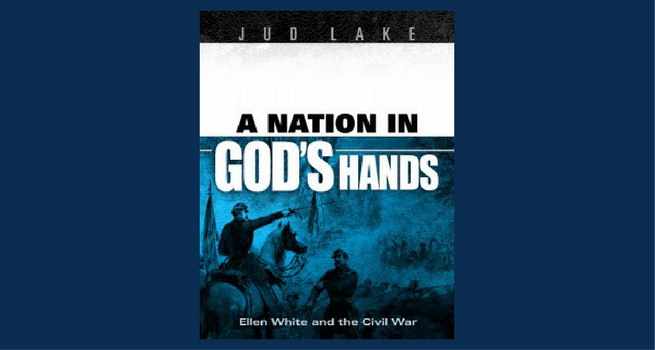 Southern professor Jud Lake talks about his new book that tells the story of the American Civil War from the unique perspective of Ellen G. White's visions. Lake explains how Adventist history cannot be correctly understood outside its larger historical context.

Pacific Press recently published your book A Nation in God's Hands, a theological interpretation of the American Civil War through the prophetic lens of Ellen White. What inspired you to tackle this subject and how do you describe the book to people who ask you about it?

When I finished my first book, Ellen White Under Fire, published in 2010, the sesquicentennial celebration of the American Civil War commenced (2011-2015), and I puzzled that there was no major publication on Ellen White’s contribution to Civil War literature. With White’s war essays on my mind, I attended the 150th anniversary reenactment of the Battle of First Manassas on July 21, 2011, and was fascinated. After a couple of years reading on the war, I began intensive research and writing in 2013 and finished the book four years later.

In a nutshell, the purpose of A Nation in God’s Hands is to set White’s war visions in their historical context and provide a theological interpretation of the war through her prophetic lens. Although the Civil War is the most written about subject in American history, this book will tell the story of this war again but from the unique perspective of White’s visions. As such, the volume is a study of an American who believed she had the prophetic gift and interpreted the war out of that framework.

A Nation in God's Hands is 464 pages long, but is it possible for you to briefly state how Ellen White's work and writings were most influenced by the American Civil War?

Ellen White was a religious leader who lived through the greatest crisis in American history. She read the war news, discussed it with friends, family, and colleagues, and claimed to have visions about the war. Based upon this input, she provided counsel that helped the Seventh-day Adventist Church navigate through these perilous four years. After the war, she addressed its fallout—race relations—and had much to say to the church about this issue as the nation wrestled with it. America’s struggle to incorporate the freed slaves into society was one of the war’s legacies that occupied White’s attention during the latter nineteenth and early twentieth centuries. In this sense, her work and writings were significantly influenced by the American Civil War.

Who is the target audience for your book? Is the book very scholarly? Would you say it is accessible for the lay reader?

The target audience for the book is twofold. The most obvious target audience is the Adventists who are familiar with Ellen White’s prophetic ministry. I wanted to open up the riches of the Civil War era for this audience and broaden their understanding and appreciation of her war testimonies in that context. But I also kept in mind those outside of the Adventist community who do not share my view that White possessed any supernatural endowment. Her war testimonies are primary sources of how one contemporary religious leader interpreted this epic conflict as it unfolded. My purpose was not to convert this audience but rather to show the relevance of White’s essays to contemporary Civil War discussion. Several of her more unique statements are provocative and should generate interesting discussion and debate, once discovered by the Civil War community. I hope my book will enhance this discussion, whether or not they agree with me.

The book definitely has a scholarly foundation with its extensive references (more than 1,500 endnotes), but it is written in a way that makes it accessible to those who have little, if any, knowledge of the American Civil War. In a sense, the book is a retelling of the war as Adventists and other Americans experienced it. As such, it has sprinkled throughout its pages many interesting quotations and stories about the war, including vignettes of President Abraham Lincoln and the brutality of the battles, as well as the Adventist reaction to the war.

You are a professor of homiletics and Adventist Studies in Southern Adventist University's School of Religion. Yet your new book is more history than religion, isn't that right? What is your history background?

Yes, this book is more a work of history although it involves theological analysis. My academic training was in theology and homiletics, which involved a hermeneutical and historical component. I have applied this to Ellen White studies, and in my twenty years of teaching Adventist history at Southern Adventist University, I have evolved and grown in my approach to this subject.

Although biblical preaching and theology are still teaching passions of mine, history has become a major focus in my academic life. I continue to inform myself on historical method and apply it to the study of Ellen White and Adventist history.

You mentioned your previous book Ellen White Under Fire, which I understand is a defense of her prophetic gift. Did your research for that book lead you naturally to your newest book focusing on Ellen White's historical context during the Civil War?

Yes. In Ellen White Under Fire, I discuss several principles for correctly understanding White’s writings, one of which is historical analysis. A Nation in God’s Hands applies this principle to her testimonies about the Civil War by placing them in their original historical setting. In this sense, the first book led into the second one.

There are, of course, apologetic elements in A Nation in God’s Hands. I do address White’s controversial Civil War statements, but even there, the focus is more on describing the historical setting of the statements rather than answering criticisms.

What are some of the most striking facts you learned when researching this book? Was there anything that really surprised you?

There were plenty of striking facts and surprises as I analyzed Ellen White’s statements in light of the onward flow of the war. One striking fact was that she addressed essentially all of the major issues related to the war in only 30 pages of her writings which contributed to the large size of my book.

Another striking fact was her theologically nuanced view of God’s providence and care for America. When the Adventists and all other Northerners feared the fate of the nation, she provided hope that God “has the destiny of this nation in His hands” (1T 264, 267). Adventist eschatology often presents the negative side of America in prophecy, but here Ellen White affirms that the nation is in divine hands. I was so impressed with this statement, which forms the core of her Civil War writings, that it became the title and theme of the book.

What really came as a surprise was the impact of Civil War on me. I have fallen head over heels for this period of American history and can’t get enough of it. I will be studying this war and visiting its battlefields for the rest of my life. Fortunately, I live in the Chattanooga, Tennessee area, which is rich in Civil War history. Several of the Interstates go through or by important battlefields, and I have to be careful because it is all I can do to keep my eyes on the highway when passing one of these historical sites.

What feedback have you received so far about the book?

At the time of this interview, the book hasn’t been out long enough for reviewers to react. The feedback I have received from individual Adventist readers so far is positive.

What do you most like about writing a book? What is the hardest thing?

Everything — I love the research and writing process. The hardest thing is carving out the time to do it.

How were you able to research and write this book while teaching full time? How long did it take?

The writing process coupled with the intensive research took four years. A project of this magnitude involved long years of hard work, and I did not allow myself to be distracted. So I kept at it beside, beneath, and around university and family responsibilities. During the summer months, when I was not teaching or engaged in speaking appointments, I wrote for 8 to 10 hours a day. This was my most productive time.

You are the director of the Institute for the Study of Ellen White and Adventist Heritage at Southern. Can you tell us more about the Institute? Did you found it?

Yes, I am the founding director for the Institute. Its purpose is to heighten awareness and appreciation for the prophetic ministry of Ellen G. White and the founding and development of the Seventh-day Adventist Church. The Institute provides an Ellen G. White study room in the McKee Library and promotes the study of Ellen White and Adventist history. It also conducts an annual Adventist Heritage Tour of New England, of which I am the tour guide, and sponsors an annual lectureship series for the University by inviting specialists in Ellen White and Adventist history.

What is your next writing project?

I am working on several articles for various projects and a Pocket Dictionary of Ellen G. White (with Michael Campbell).

My next big writing project is the biography of D. M. Canright for the Adventist Pioneer Series edited by George Knight. Although Canright was a minister of the Seventh-day Adventist Church who became its greatest critic, his story needs to be told in a fair and impartial way. Unfair myths about him still circulate in Adventist circles, and I intend to correct them with the facts. So I have my work cut out for me over the next couple of years. His story, for me, is more immersion in Adventist history, which I enjoy. 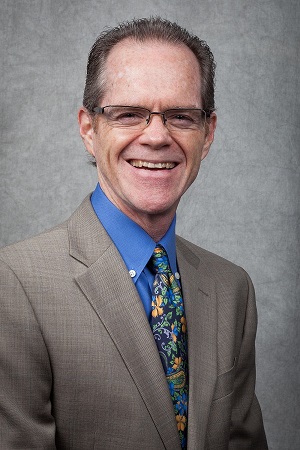