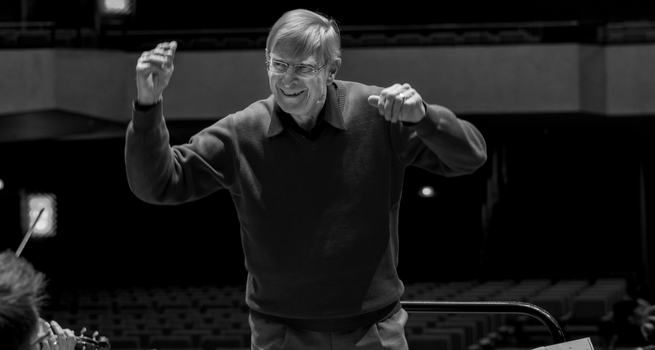 The 2017 Brahms Prize of 10,000 euros was presented to the Swedish conductor Herbert Blomstedt on June 10. The ceremony was held in the St. Bartholomew Church in Wesselburen (Kreis Dithmarschen / Schleswig-Holstein). The Brahms-Society Schleswig-Holstein pays tribute to artists who have earned the prize by dedication to the music and the artistic heritage of Johannes Brahms.

The Brahms Prize has been awarded since 1988. Past winners include Leonard Bernstein, Sir Yehudi Menuhin and Anne-Sophie Mutter. Blomstedt, who turns 90 on July 11, will be part of more than 90 concerts during this year with well-known orchestras in Europe and Asia. The Swedish conductor is especially known for his performances of German and Austrian composers such as Beethoven, Mendelssohn, Brahms, Schubert, Bruckner and Strauss with renowned orchestras.

Blomstedt was born on July 11, 1927 in the US as the son of an Adventist pastor. He received his first musical training at the Royal Conservatory in Stockholm and at the University of Uppsala. Later, he studied conducting at the Juilliard School of Music in New York, contemporary music in Darmstadt, and Renaissance and Baroque music at the Schola Cantorum in Basel, and worked under Igor Markevitch in Salzburg and Leonard Bernstein in Tanglewood, USA.

Herbert Blomstedt, a member of the Seventh-day Adventist Church, has also donated a prize himself. In memory of his wife Waltraud, who died in 2003, the Adventist Theological College of Friedensau, Magdeburg, was awarded the endowed "Waltraud and Herbert Blomstedt Scholarship." Students can use this scholarship of 500 euros towards Bachelor's or Master's degrees in the areas of Theology, Christian Social Work or an artistic degree in Church Music at the institute.

This article was originally published by APD – the Adventist Press Service & EUD News.