If This Is Our Father’s World, Why Won’t We Call It Home?

If This Is Our Father’s World, Why Won’t We Call It Home? 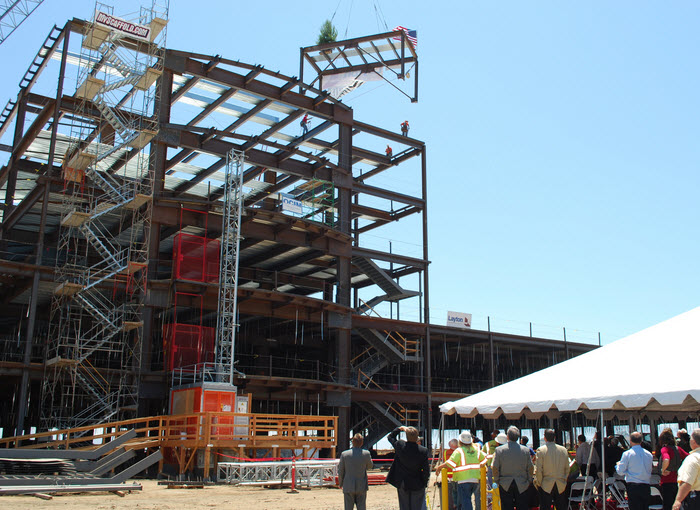 Maltbie Babcock’s poem "This Is My Father’s World" was written just before the turn of the 20th century and adapted to music in 1915. The music version comprises only three of the original sixteen verses and has become an inter-denominational favorite. Throughout, Babcock sings to nature and nature’s God. He points to nature in its most ordinary: rocks, trees, and birds; the skies, seas, and the morning light. His affirmation of this world is not dimmed by his knowledge of the discordant elements, “the wrong that seems oft so strong,” as he hurries past the blights to his roaring finale:

This is my Father’s World:
Why should my heart be sad?
The Lord is King; Let the heavens ring!
God reigns; let the earth be glad!

Babcock does not ignore or side step the difficulties that mar this world. He recognizes them but refuses to let them define his experience of his world.

But not all Christians share in Babcock’s veneration of the world. Albert Brumley, another popular gospel songwriter, presents an opposing view. In "This World Is Not My Home," Brumley hardly recognizes his surroundings. He sees nothing about this world to celebrate.  For Brumley, this world is only a way station, a “passing through,” and he is unimpressed by Babcock’s “rustling grass.” Indeed, Brumley sees treasures, but they are “beyond the blue” where the “angels beckon.”

The two songwriters lived a generation apart and seem to present two competing visions of the Christian’s approach to this world. Babcock sees our world, though tainted by “wrongs” that cannot be ignored, as still the domain of our sovereign God. Brumley is so other worldly focused, he cannot “feel at home” in this realm.

Our attitudes and presuppositions about the world we live in influence how we relate to it.  History reveals that our leaders have planned differently depending on which of the two views dominated their thinking. I doubt that any of our founding leaders, E. G. White included, seriously contemplated in the 1840s that Jesus’ return would wait for 50 years, and certainly not 170. We were a movement whose vision was singular and targeted narrowly to his impending return. Under those circumstances, we could be forgiven for purchasing smaller properties and putting up structures that connoted transience. Eventually, we realized that imminence still involved time. But even after we accepted that premise and started establishing institutions like Emmanuel Missionary College, we continued to hedge our bets and deferred to temporariness. Until recently, Andrews University still had a building or two on its grounds constructed of wood, a quaint reminder of a bygone time.

These days, if our Adventist leaders in developed countries failed to plan far ahead, it would be viewed as administrative malpractice. Loma Linda University Health has begun constructing a new $1.2 billion hospital complex. A project this expensive cannot be initiated without giving thoughts to longevity. Here is the irony.  Adventists in developed nations have almost abandoned our founders’ belief that Jesus will come in our lifetime but seem surprised that our message about a soon returning savior fails to persuade.

So, while the church in developed countries plan as though the Lord’s coming will be delayed, their counterparts in developing countries are not so swayed. As a result, we find our global church following two diverging paths. The reticence toward long-range planning by many African church leaders, for example, is not necessarily due to lack of resources, though this constraint is considerable.  It might also point to a lack of conviction that building expensive institutions and supporting paraphernalia is good use of the church’s limited assets.

The uncompromising belief in the impending Second Coming by many church members in developing countries has negatively impacted our planning. In this environment, if a leader planned too far into the future, he could be suspected of being deficient in faith.  Consequently, at a time when third-world church membership is exploding, leaders seem content with renting classroom or store-front space for congregants. And when we build, the structures we put up mirror the smallness of our imagination.

If you are in the developed West and do not remember the last time you heard a sermon about heaven or the coming kingdom, you are not alone. But an Adventist in a developing country may not recall a sermon that talked of anything else. Church sociologists observe that considerably more sermons are preached about heaven in developing countries than in advanced ones. The explanation may be simple. Over time, the allure of heavenly mansions and golden streets diminish as communities ascend Maslow’s hierarchy of basic needs.

Could we have our proverbial cake and eat it too? That is, can we fully live and believe in this world without losing our enthusiasm for the promised one? I think so, but we will have to clarify our understandings and expectations about our present abode. And we must first decide whether this world is so inimical to our wellbeing that we always need an exit strategy.

When I was growing up in Ghana during the many military regimes, the future looked so bleak for young people that we were ready to go anywhere. In that environment, it was impossible to see anything in the country worth staying for. So any grass on the other side, no matter how withered, was greener than the grass close to where we were. I concede that the Ghanaian example is a poor analogy to heaven, but we must be careful not to treat heaven similarly. We should be careful not to make the prospect of eternity our escape from the difficulties of this one.

How do we avoid villainizing this world in favor of the one to come? The answer may lie in understanding why we are here, in this world. We may all agree that our Christian duty should align with the gospel commission. But how do we do this? Our evangelism template has historically involved teaching about Jesus to attract new converts. And we have traditionally highlighted his second coming. It is this emphasis that has perhaps unintentionally led us to denigrate the present world while we “talk up” the promised kingdom.

But is this the only gospel method to evangelize our world? As we can see from the diverging paths that our global church is on, talking up heaven as an evangelistic strategy works only up to a point.  Its appeal begins to wane when our socio-economic circumstances improve. This could explain the membership stagnation in the industrialized world.  But there is another, less glamourous but much more effective, ministry model that Jesus hints at in Matthew 25’s great judgement scene. Here Jesus explains the inclusion/exclusion criteria for the heavenly kingdom:

For I was hungry and you gave me food, I was thirsty, and you gave me drink,
I was a stranger and you made me welcome, lacking clothes and you clothed me, sick and you visited me, in prison, and you came to see me. (NJB)

We learn several lessons from this account. First, those commended by Jesus lived productively in this world. While they tarried, they recognized the world for what it is and made it better. Until heaven materializes, this is the only world we have, and we should cherish and protect it, no matter how small our contributions might seem. It is here, in this world with all its imperfections, that we learn to be kind.  Here is where we learn to care for each other. This is the only learning environment where we have the privilege of helping the helpless. From this perspective, we can infer that we are here in this world to acquire those insights that would transfer to the one we long for: neighborliness, caring for and getting along with one another, sharing with and making others better.

As parents instruct their children, it is only as we appreciate and take good care of what we have, including the seemingly inconsequential, that we can be entrusted to manage the big stuff. We cannot disparage this world—the only one we have been given to tend. We cannot remain oblivious to needy neighbors and still expect to be neighborly in the coming kingdom.

A second broad lesson is that we should do good for its own sake, without expectation of reward. Notice that those who were invited into the Kingdom were speechless at the reasons given for their inclusion. This is because they saw everyday needs and attended to them without thoughts of payback. Likewise, we can all recognize needs around us—feeding, clothing, visiting the sick. When we see these needs, we should fill them.  If we are neighborly by routine, we do the Lord’s work and simultaneously divest ourselves of the constant burden of waiting to go to heaven. When heaven comes, we will be surprised by the joy of it and the knowledge that we did not work for it. So, while we might not see this world as our ultimate home, we should delight in it and make it a better place because it is still our Father’sworld.