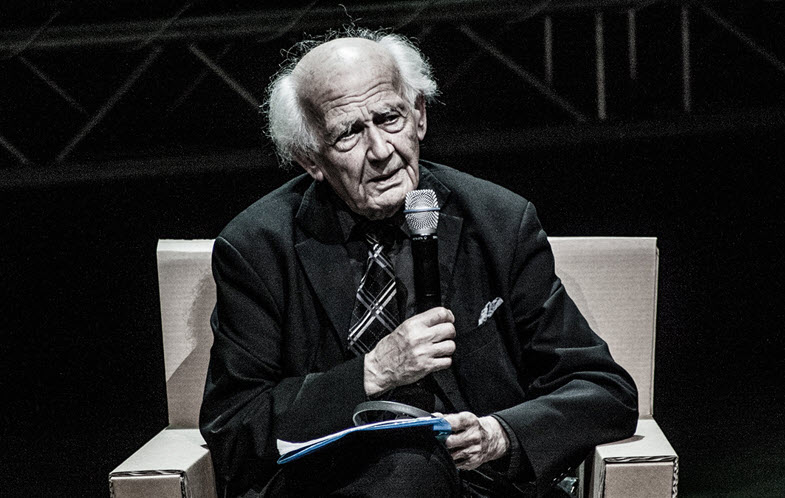 This year the Christian World commemorates the five-hundredth anniversary of the Protestant Reformation, an event that tradition tells us began on October 31, 1517 when Martin Luther posted his ninety-five theses on the door of the Castle Church in Wittenberg, Germany. At the center of this movement stands Luther’s rediscovery of the Gospel message: human beings do not earn their salvation by doing good works, but rather God freely offers salvation to all who believe. As the Waldensian theologian, Paolo Ricca, reminds us, the Reformation was not a German but a European phenomenon, even though Germany and Luther played a particular role in it—European because it emerged before Luther and was simultaneously present in various countries which were not in close touch with one another—Italy, France, England, Moravia. Consequently, an appropriate way to commemorate it is to analyze its strengths and principles in relation to both its historical context and today’s situation. In fact, while the Reformation articulated its Protest against a medieval society which was too much vertical, corporative, superstitious, and cosmocentric, today’s world context has dramatically changed and has become pronouncedly horizontal, individualistic, rationalistic, and anthropocentric. To facilitate this analysis, I will enter in dialogue with some non-religious European thinkers who recently passed away in 2017, the 500th anniversary of the Reformation.

Society and culture were dramatically changing in the 16th century. Protestantism benefited from this cultural boost. And its greatness resided in the capacity it had to discern, in this cultural turmoil, not a threat but an opportunity for reinterpreting the Christian Faith. In this sense, we could say that Protestantism was born as a successful experience of Inculturation. It chose to identify itself with a culture that was not fully there, which was still in process, and for which it actively spent the best of its resources. One of the most distinctive characteristics of Protestantism has been its unprecedented respect and consideration for the individual as an indispensable component of the religious experience. This fact marked the passage from a medieval “church-centered” to a new “person-centered” religious experience. But what has been the development and destiny of this unusual attention to the individual?  I will focus on three moments of this sociological process.

I. A nascent Individualism: the theological paradox

Zygmunt Bauman, among others, has underlined the narrow relationship existing between Protestantism and Individualism. These are two different processes in nature and perspective. The first is a religious and the second a social phenomenon. But Protestantism and Individualism will very soon get in touch and tie their destinies together in creating a new social configuration never seen before which will open a new historical period. Protestantism, thanks to individualism, will become a modern phenomenon and Individualism, thanks to Protestantism, will become a kind of “civil religion” to modernity. Protestantism, based in a new reading of the Bible, gave the individual new visiblity. Luther’s claim that Christians could have direct access to God without need for an intermediary threatened the role of the clergy and the Church hierarchy. His theology of reform also opened up a wider debate on obedience and resistance to political rule. The very idea of authority—religious and political—became, for the first time, a focus for theological and philosophical debate. Until this point, authority was rarely questioned explicitly. The authority of individual rulers or the legitimacy of a particular claim to authority was challenged but not authority itself. Did Luther really hurl the legendary words—"Here I stand, so help me God; I can do no other"—at his accusers? In a sense, it does not matter. Luther did not merely assert the authority of individual conscience to justify his own actions, he advanced a compelling case for the value of people being able to act in accordance with the dictates of their conscience. In so doing, his argument implicitly called into question the right of external authority to exercise power over the inner life of people. There are two characteristics through which Protestantism reinforced the nascent Individualism of the 16th century.

First, Protestantism, early on, imprinted Individualism with a radical democratic profile. Individualism is not born with Protestantism. It has had a long gestation (L. Dumont) but finds in the “Renaissance Man” (J.Burckhardt), between the 14th and the 16th, its first modern configuration due to an innovative revisitation of the Classics. But, while “Renaissance individualism” will remain an elitist phenomenon, “Protestant individualism” instead will become a mass phenomenon. It will not be limited to a small group of enlightened people. It will become an experience for everybody. It is true that "Solo Deo" and "Sola Gratia" establish that no one can save him/herself and that nobody has a particular soteriological advantage. But Protestantism simultaneously affirms that all human beings, virtuous and non-virtuous, religious and non-religious, are now on the same footing and share the same opportunity to freely experience God in the privileged space of their inner Self.

Second, Protestantism “de facto” gave the Individual a new qualitative theological justification. In opposition to the medieval human-action centered religiosity, it vindicated the centrality of God alone, “Solo Deo”. But surprisingly, while denying any role to humans in the process of salvation, Protestantism chose the “individual consciousness” as the privileged place where God’s Salvation is visible and manifested. In so doing, not only the centrality of the individual conscience is reintroduced but implicitly it is also elevated to the principal criterion and dimension attesting to God’s true presence and even his own salvific work. The final result of this process is a theological paradox. The criticized “ecclesio-centric” religiosity of the middle ages has been substituted by the protestant “anthropo-centric” view of the centrality of the individual conscience. And while soteriologically condemned, it is nevertheless sociologically vindicated.

But Individualism, like other sociological phenomena, is not a static event. It developed further, consolidating itself, but also manifesting and radicalizing characteristics which were still imperceptible at an early historical stage. Consider two of them:

First, Individualism was lived as a never-ending process of radical liberation. The thirst for freedom became, in time, almost an obsession. For the corporative medieval culture, the system was important, not the individual. And, contrary to what we may usually think, this type of social organization had a big capacity for integration, despite its hierarchical arbitrariness, inequalities, and asymmetries. People felt they belonged to a group. And the group, beyond the limitations it imposed on individuals, compensated by giving them continuity, solid roots, and a deep sense of security. The backside of all this was a deep sense of oppression. But Individualism introduced a new paradigm. It broke with this order of things and brought an unprecedented desire for freedom by shifting the focus from the system to the actors. Individuals discovered the ambivalent character of Freedom. It is not always based on rational choice (activity), but unfortunately, it sometimes becomes a blind compulsion (passivity).

Second, later on and surprisingly, Individualism seemed to increase anxiety and fear in people, no longer because of oppression but rather a breakdown of the traditional social bonds. By detaching individuals from their social context or by rendering it just discretional, individuals became sociological orphans. They were uprooted beings, exceedingly vulnerable to anxiety and isolation. The “social paradox” manifested itself when the incapacity to manage this increasing anxiety pushed the “liberated individuals” to “escape” their freedom (E. Fromm) and turn to totalitarianism in search of protection, guidance, and meaning. Totalitarianisms, says Zygmunt Bauman, such as Nazism or Fascism, are not residues of medieval times but typical products of modernity’s compulsive, out-of-control, freedom.

Individualism has not died with the passage from modernity to post-modernity. Rather, it has radicalized itself (S. Charles). From the utilitarian and pragmatic, we have passed to an aesthetic and ludic Individualism (M. Foucault; G. Lipovetsky). I will mention two characteristics of this“neo” Individualism.

First, post-modern individualism creates even more exclusion. Zygmunt Bauman characterizes our historical period as the season of “social liquidity." Our present time has turned into a shapeless mass churning in constant and relentless change. We live in a time which values the transitory rather than the permanent, the immediate instead of the long term. It regards utility above other values. Non-Western societies tend to be “anthropophagic” (eat). That is, they include individuals to the point of assimilation, bleeding them of personal identity. But our individualistic western societies have instead become radically “anthropo-emic” (vomit). Such societies expel, exclude, and isolate individuals because they are unable to create and promote consistent social bonds even with their pretended inclusive strategies.

Second, post-modern Individualism ends up creating a radical new cultural polarization (the “cultural paradox”). On one side, we have the consumerist individual who in a globalized world can live everywhere and who only follows a standard and pragmatic economic agenda. On the other side, we have other individuals, sometimes even the same “divided” individual, who chooses, in search of a deeper meaning, to seclude him/herself within the hard and uncompromising identity of radical political, ethnic, or religious closed communities. The “communitarian solution” and the “consumerist individualism” are often two faces of the same coin, symbiotically interdependent. But this does not solve the problem; instead, this perpetuates it through a radical polarization.

If Adventism, like Protestantism, is not able to redefine itself in the light of a new socio-cultural context, its traditional strengths—like its peculiar attention to the individual—could not only stop being part of the solution but will easily become part of the problem. We cannot correct a problem with what has contributed to produce it. The task of a responsible Adventism/Protestantism today resides in the capacity of a wise hermeneutics of our time and in the reformulation of our core values.

f you respond to this article, please: