Beware of Wolves Disguised as Sheep 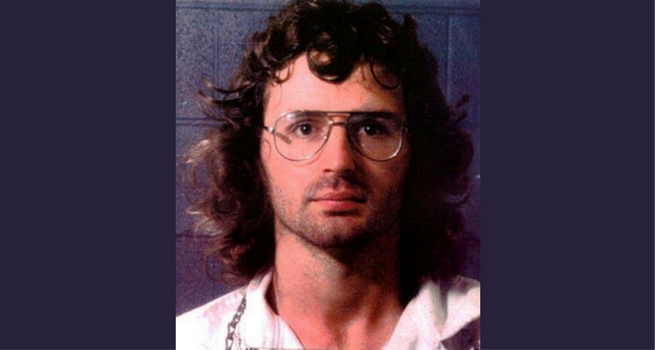 Vernon Howell was a charming young man. A born-again Christian searching for the truth, he stumbled across a Seventh-day Adventist (SDA) church and was soon converted. Seeking to know God, he devoured the Bible, memorized immense portions of it, and frequently offered eloquent Bible studies that would last for several hours. Endowed with a charismatic voice and a handsome face framed by curly locks of hair, he frequently played the guitar and sang at worship services. Friendly and likable, he was a talented handyman who was adept at fixing things and helping out others. Young ladies competed with each other for his attention. Yet despite all his virtues, there were some vices: he hungered for attention, craved for power, and lusted for women.

While attending a SDA church, Vernon noticed a pretty young lady, who happened to be the pastor’s daughter, and demanded to marry her. But the pastor, wisely perceiving Vernon’s character flaws, warned him to stay away from his daughter. As Vernon’s lifestyle and beliefs gradually diverged from what was expected of church members, he became increasingly disruptive until he was disfellowshipped a few years later.

Dissatisfied with the SDA organization, Vernon turned to an offshoot organization whose roots began in 1929. The cult, initially known as the Shepherd’s Rod and later as the Branch Davidians, was led by a series of self-proclaimed prophets including, Victor and Florence Houteff and Benjamin and Lois Roden. Although claiming to embrace Seventh-day Adventist theology, the cult insisted that it had received “new light,” proclaimed as “present truth,” that the SDA church needed reforming by a divinely appointed, antitypical King David, who would unseal the prophetic secrets of Revelation and gather the faithful 144,000 to a new, earthly Kingdom of David. The cult’s theology and adherents provided just what Vernon was seeking. Aspiring to become the spiritual heir to King David, Vernon soon acquired control of the organization and changed his name to David Koresh. Sound familiar? His first name symbolized his spiritual lineage to King David and his last name represented the Persian name of emperor Cyrus the Great, who liberated the Jews from Babylonian captivity. His name hinted at his aspirations and revealed his true character.

Long ago Jesus forewarned us to “watch out for false prophets. They come to you in sheep’s clothing, but inwardly they are ferocious wolves” (Matthew 7:15, NIV). Echoing the words of Jesus, the apostle Peter also warned that “there will be false teachers among you” (2 Peter 2:1, NIV). To avoid being deceived, we need to be vigilant and learn how to recognize them. Peter exposed their method: “They will secretly introduce destructive heresies” (2 Peter 2:1, NIV). Just as Peter prophesied, the Branch Davidians mastered recruiting by subtly infiltrating SDA congregations. They typically preyed upon church members who were either new converts, experiencing interpersonal conflict, disgruntled with SDA leaders, seeking a deeper religious experience, mesmerized by prophets, or simply susceptible to psychological coercion. The Branch Davidians seduced new members by their immense knowledge of scripture and newly revealed interpretations, convincing them that their “new light” was indeed “present truth.”

Peter foretold that “these teachers will exploit you with fabricated stories” (2 Peter 2:3, NIV), which is why it is imperative to distinguish between truth and error. The prophet Isaiah counseled us to “consult God’s instruction and the testimony of warning. If anyone does not speak according to this word, they have no light of dawn” (Isaiah 8:20, NIV). A careful and prayerful comparison of the so-called “new light” with the sacred scriptures should debunk false doctrines.

False teachers can also be recognized by their behavior. Jesus declared “by their fruit you will recognize them” (Matthew 7:20, NIV), and Peter further stated that “many will follow their depraved conduct and will bring the way of truth into disrepute” (2 Peter 2:2, NIV). The self-aggrandizing “fruit” of David Koresh should have tipped off everyone that he exhibited “depraved conduct.” He married multiple women, including married women and single women as young as 13 years old—and allegedly claimed exclusive sexual rights to them. He bragged that he would father 24 children with selected women in the community and that they would serve as rulers during the millennium. Former followers accused him of child abuse. Although eventually acquitted, he was also charged with the attempted murder during a gunfight with a rival, George Roden, who himself was later convicted of murdering another rival for claiming to be the Messiah. Clearly his fruit was rotten.

Peter also prophesied that false teachers may bring “swift destruction upon themselves” (2 Peter 2:1, NIV). Those of us who are old enough to remember can vividly recall the disastrous raid by federal agents of David Koresh’s compound, the Mount Carmel Center, in Waco, Texas, on February 28, 1993, resulting in the deaths of four agents and six Branch Davidians. A subsequent 51-day siege ended even more tragically with the fiery deaths of 80 Branch Davidians, of whom 22 were under the age of 17.

But not all false teachers are as notorious as David Koresh and the Branch Davidians, which represent a worst-case scenario. Many are much more subtle when leading others astray, and they may not even do so intentionally. False teachers lurk within our families, churches, schools, and offices, and they routinely appear on television, radio, websites, and social media. Jesus said, “Come, follow me” (Matthew 4:19). That’s right: Jesus asks us to follow Him, not a human teacher. If we simply follow Jesus, we will not be deceived by false teachers.