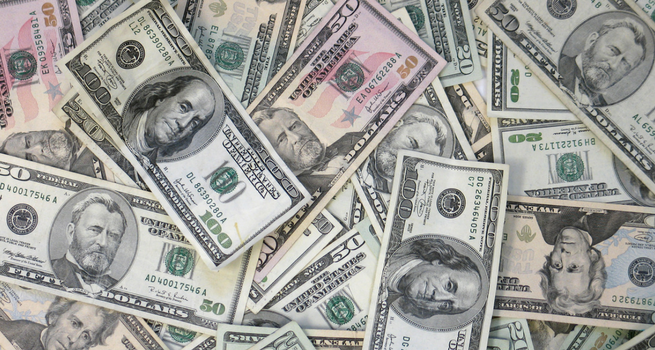 The church needs leaders who will not only lead but also function as nurturers and overseers. Humility should characterize their lives so that they can function as examples of true leaders rather than as dictators.  Elders of the church are called to manifest this spirit of service; youth, in turn, are called to submit to this kind of leadership. Servant leadership takes its vision from the Word of God and, at the same time, provides every opportunity for members to exercise their own spiritual gifts in pursuit of the gospel commission.

There is little question that before the end of the first century the general term for service or ministry became a kind of title for a position or office in the church. That development evidently went through several stages.

Some biblical scholars emphasize a relationship between the hazzan of the Jewish synagogue and the Christian office of deacon. The hazzan opened and closed the synagogue doors, kept it clean, and handed out the books for reading. It was to such a person that Jesus handed the scroll of Isaiah after finishing his reading (Luke 4:20).

Other New Testament scholars give considerable attention to the choosing of the seven (Acts 6:1–6); they see that action as a historical forerunner of a more developed structure (Phil 1:1; 1 Tim 3:8–13; the two specific references to an “office” of deacon). Luke devoted considerable attention in Acts to the selection of a new set of church leaders. Overworked, with a variety of responsibilities, the twelve apostles proposed a division of labor to ensure care for the Hellenist (Greek-speaking) widows in the church’s daily distribution of food and alms. “Seven men of good repute, full of the Spirit and of wisdom” (Acts 6:3) subsequently became prominent in the Jerusalem congregation, doing works of charity and caring for physical needs. Accordingly, the apostles, as itinerant leaders, saw a great need in appointing spiritual leaders in each church (Acts 14:23; Titus 1:50). These newly appointed leaders were known as presbuteroi, literally elders, that is, local congregational leaders.

In 1 Peter 5:1–10, Peter addresses the concept of leadership on the local church level. Peter starts 1 Peter 5:1 with the term, oun, refering to the fact that this epistle’s recipients were suffering persecution (4:12–19)[1] and judgment that begins with the people of God.[2] In this particular verse, Peter exhorts and directs the appeal to the elders, a sign of God’s appointed leaders of the church. The concept of eldership is not new to the New Testament readers; the Old Testament is filled with references to elders in Israel (cf Exod 3:16, 18; 24:9; Num 11:16; Josh 20:4; Lev 4:15; Num 11:25; Deut 25:7; 1 Kgs 21:11; Ps 107:32; Prov 31:23) where elders served as counselors and judges for the people. The term elders refer to the spiritual maturity that is essential for ministry. In addition, the word elders is used for the office of the bishop. Peter begins by defining his personal relationship to the elders (5:1) which serves as the basis for his exhortation.[3] He does that with two phrases in apposition: First, he is a “witness of the sufferings of Christ;” second, he is “a partaker also of the glory that is to be revealed” (1 Pet 5:1). Consequently, elders should not withdraw themselves from shepherding the flock.

After that, Peter outlines the characteristics of elders: (1) elders should feed God’s flock, not their own; (2) they lead out of eagerness to serve, not out of obligation; (3) they are concerned for what they can give, not for what they can get; (4), they lead by example, not force.  Feeding God’s flock suggests a caring ministry in all spheres of pastoral duty. The fact that the flock belongs to God and not to man may propose that tending the flock should be done “as far as lies in your power.” Others as “that which is committed to you,” or “that which is placed under your care.”[4] Elders lead out of eagerness to serve, to provide, to sustain, to allow for growth, and to carry out their duties happily. Their ministry should be done willingly; that implies zeal and enthusiasm. Elders should not serve for monetary gain. The phrase, may aischrokerdes, literally translated from the Greek would be “not eager for base gain.”  The elder does not use the privilege of his office to do favors for indirect personal gain.  Money is not his chief goal in life. If an elder is greedy for monetary gain, he may misuse church funds or neglect his church duties in order to go out and get more of this world’s goods.  The elder, like the minister, should guard the testimony before others by not representing a greedy desire for material things.

The theme of printing money should be the focal point of every elder. “Same Costs to Print Any Bill.” The Bureau of Engraving and Printing says it costs about $15 to print a thousand bills, regardless of denomination. Thus, to print a $500 bill is as cheap as a $1 bill. Whether one covets $1 or $500, the cost in one’s spiritual life is always the same. The “love of money” can be present in both the rich and the poor.  In like manner, the Pharisees would “devour widows’ houses” in their desire for gain. In handling money, elders must remember this poem: “Money will buy: A bed, but not sleep. Books, but not brains. Food, but not appetite. A house, but not a home. Medicine, but not health.”[5]Hence, the elder must be known for his honesty. The elder should be a person who gives earnest attention to the money entrusted to him by God. His aim should be, as Russell R. Cook indicated, to “fall in love with Jesus, but never fall in love with the things He may supply.”  Loving money for the things money can buy will cause not only the elders, but all, to render a void service to God.

The phrase “Do not lord it over those in your charge” (1 Pet 5:3) may emphasize that unreasonable exercise of power in domineering circumstances.[6] By comparing this phrase with Matt 20:24-28, where Jesus sets the standard of leadership style, we learn that leaders in the Gentile world exercise authority over their parishioners. The key difference between the Gentile world and God’s kingdom is the type of leader who will appear in His kingdom. Those who wish to lead in the kingdom of Christ, where Jesus is the leader and king, must be servants of all. By becoming servants of all, we become like Christ who became a perfect example of self-denial and service. In the very act of being a servant to men (Matt 20:28; Mark 10:45), He was accomplishing His mission as a servant of Jehovah. And this is exactly what He says to the Philippians and to us “Follow the example of your Lord.” Ellen G. White says:

The whole life of Christ had been a life of unselfish service. “Not to be ministered unto, but to minister,” (Matthew 20:28), had been the lesson of His every act. But not yet had the disciples learned the lesson.[7]

Servant leaders must be characterized by humility and lowliness of mind or self-abasement. Those who humble themselves like Christ will be able to render unselfish service. Humility requires that younger men be submissive to the elders. In calling younger men to be submissive to the elders, Peter employs the military term hupotassō, “to line up under.” In other words, Peter calls everyone in the church to replace pride with humility and be under the leadership of his/her elders. And, in turn, the whole church is supposed to be submissive to those God has put in authority over us. Humility should be a core tenet of every believer in the church today; it should not be directed toward God only but also to fellow humans (1 Pet 5:5).

It can be stated that Peter exhorted Christians to humility because of the attacks of Satan. Believers need the grace of God to gain victory over Satan in the conflict between good and evil. Whereas, the significance of humility in the case of James deals with inner-church strife; humility for Peter is enveloped with the idea of grace for the suffering believer.[8] That is to say, the humble will wait patiently for the exaltation of God at the end of time. Christians are to humble themselves under the hand of God. Peter seems to have an eschatological motif of persecution and of hope in mind. The motif of hope sustains them during their time of suffering. As God’s hand was seen during the plagues in Ancient Egypt, so His hand will still be seen in the lives of the believers who are in Asia Minor. God’s hand has the power to deliver. Christians are exhorted by the two imperatives: be sober, be vigilant (1 Pet 5:8) because the enemy is like a roaring lion.  J. R. Michaels translates these two imperatives as “Pay attention! Wake up! Your opponent, the devil, is on the move like a roaring lion ready to swallow [his prey].”[9] After finishing the exhortation, Peter cautions believers to the “God of all grace” (1 Pet 5:10) that might correspond to the “diversified grace” (1 Pet 4:10) that comes in doing good (1 Pet 2:19, 20).

Servant leadership is servant first. It starts with the feeling that one wants to serve, to serve first. To be a great leader is seen as a servant first; that in itself is the pivotal point to greatness. Victor Hugo famously said, “There is nothing as powerful as an idea whose time has come.”[10] Thus, leadership that is engrossed in service has come.