European Adventist Scholars Discuss the Freedom of the Christian

European Adventist Scholars Discuss the Freedom of the Christian 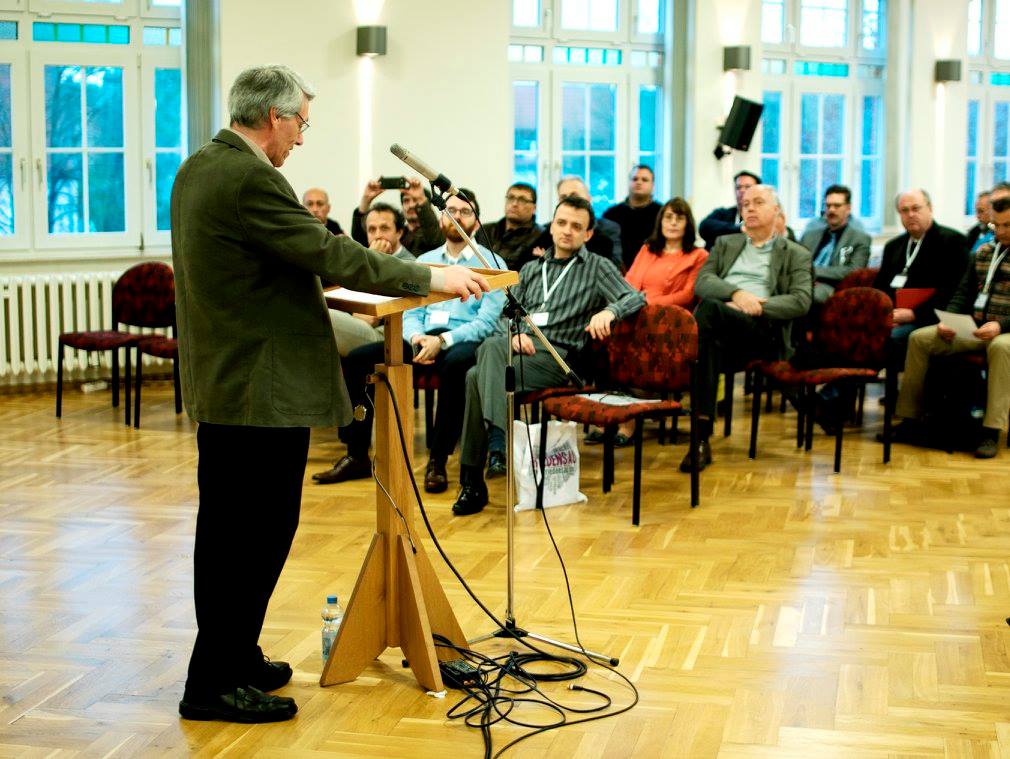 In the 500th-anniversary year of the beginning of the Lutheran reformation, European Adventist theology teachers met in the heart of Reformation country to consider some of the contemporary implications of Luther’s ideas for their belief and professional practice. Seventy teachers of theology from fifteen countries— mostly in the two European Divisions (TED and Inter-European)—met at Friedensau Adventist University April 19-22, 2017. The title chosen by the German hosts for the biennial European Theology Teachers’ Convention was "Human Accountability and Liberty in the Light of the Reformation."

The backbone of the conference were four plenary papers, all containing the word "freedom" in their titles. In between those, shorter papers of 20-30 minutes gave other scholars the opportunity to share their research. In the first plenary, Bernhard Oestreich, Professor of New Testament at Friedensau Adventist University, discussed freedom and responsibility as implications of Luther’s concept of the gospel’s orality. The paper was a powerful reminder of Luther’s words: "The Church is a Mouth-House not a Pen-House." Oestreich focused on Luther’s insistence that the word of God must be a spoken heartfelt event not just a "sound."  “If the word is not experienced as an emotional event it is not the word of God. . . . If the Word is not in our heart, we have not experienced it and until we do, we have no faith.” Here is where Luther’s concept of freedom comes in: “After the word is experienced, there is personal freedom to choose to respond.”

Denis Fortin, Professor of Historical Theology at the Seventh-day Adventist Theological Seminary and the only non-European to present a plenary paper, offered an Adventist theological perspective on "The Freedom of a Christian and Human Accountability." He suggested that our roots in the Wesleyan Methodist Holiness movement have influenced our focus on proper behavior and that freedom is "a difficult reality for Seventh-day Adventists to experience."  Even the American Declaration of Independence with its focus on freedom meant freedom for "white landowning males." Adventists, with their American roots, have tended, as a group, to focus on individual, inner freedom rather than the social freedom of others. “If I am free and God has forgiven my sins, should I not be concerned about how my freedom impacts on others?” Fortin asked.

In the third plenary, Zdravko Plantak, ‎Professor of Religion and Ethics at Loma Linda University, explored the tension between freedom and authority in the writings of Luther whose own professional name was drawn from the Greek word for freedom "eleutheria."   Plantak explored the journey starting with freedom from guilt, self-centeredness, and fear and moving toward freedom for responsible citizenship, loyalty within families, and intellectual freedom under the authority of Truth. “Freedom is in believing the Truth,” he said, and "we can’t know what it means to be free until we know what it means to be human.” For Plantak, the essence of being human is to respond to "the centrifugal pull towards loving others and loving God."

Reinder Bruinsma, writer and retired pastor, scholar, and administrator, gave the final plenary paper with the title, "Religious Freedom in the Lutheran Tradition and for the Adventist Christian in 2017." As a specialist in church history, Bruinsma recounted first the history of attitudes to freedom among Christians from the apostle Paul to the present. He gave a detailed account of the major part Seventh-day Adventists have played in promoting religious liberty in the wider world. He asked, “Should a denomination that has been so much involved in promoting religious liberty be prepared to extend that freedom to those in its own ranks who disagree?

In plenary session and table talk, there was a great deal of discussion among the scholars about the nature of academic freedom and freedom of conscience within the Seventh-day Adventist teaching community. The focus was on the latest academic freedom documents from the GC and the Seventh-day Adventist Theological Seminary's recent support of the International Board of Ministerial Training Education (IBMTE) endorsement process.

But all was not academic. Every day began with worship, the week concluded with the Lord’s Supper, and on both study days, the programming included quiet moments at noon in the chapel. Study trips to Reformation sites in Wittenberg, Zerbst (the second city of the Reformation and home to Melanchthon), and Ziesar – where the group was treated to a "performance" of the whole of the gospel of Mark by visiting Lutheran scholar Phil Ruge-Jones.

Helen Pearson is a counselor, psychotherapist, writer, and trainer based at Newbold College in England and a longtime elder of Newbold Church.

Image: Dr. Bernhard Oestreich presents his paper, “The Church is a Mouth-House not a Pen-House.” Photo courtesy of the Theologische Hochschule Friedensau Facebook page.