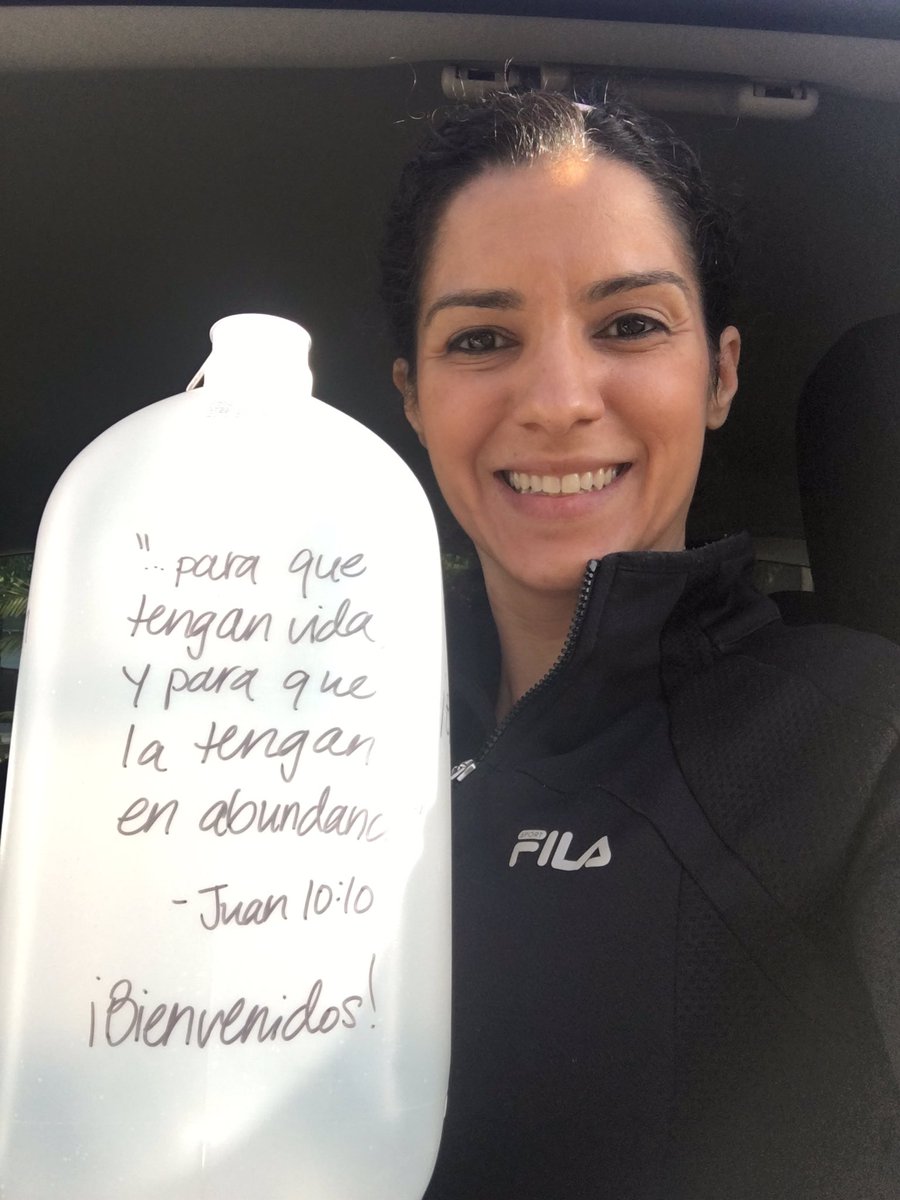 For the faith-based nonprofit Border Angels, the Easter resurrection narrative finds its most meaningful expression in providing life-giving supplies for those facing death crossing the U.S.-Mexico border.

Yesterday, about sixty volunteers with Border Angels spent Holy Saturday of Passion Week walking in the footsteps of undocumented border crossers in the desert expanse between San Diego and Tijuana, leaving supplies for migrants along known migration routes. By providing water, clothing, and nonperishable food items, Border Angels volunteers hope to prevent the death of migrants attempting the perilous crossing. An estimated 10,000 have died attempting to reach the United States since Operation Gatekeeper, a Clinton-era measure to curtail unlawful immigration.

Marlene Ferreras, a practical theologian and ordained Seventh-day Adventist minister, went on the Border Angels’ water drop and discussed the experience, which she described as “powerful.”

Volunteers gathered in the courtyard of the Border Angels San Diego office. Border Angels founder Enrique Morones provided a brief history of how the Southern border has become more militarized and dangerous to cross. Morones discussed push-pull factors that affect public policy and migrants making the risky journey north. He noted that the most vulnerable people journey through the desert routes. There is currently no wall in this area (President Trump plans to change this) because the terrain and the desert climate provides a sufficient deterrent for most. Temperatures can get as high as 120 degrees in summer and below freezing at night. Many migrants come fleeing war and envision a better future because in their countries of origin they are suffering for a variety of reasons (poverty, drug cartel, lack of jobs, war, sexual violence).

Border Angels organize supply routes by collecting information from the coroner's office on bodies they find. They take these coordinates and plug them into Google maps by dropping pins, and then members trek through to plan a route so they can bring volunteers once a month to make drops with water and supplies—bags filled with warm blankets and jackets, gloves for the cold, and non-perishable items of food. Each month volunteers collect and catalog how many bottles are recovered empty, half used, or not used. They clean up the trash they find.

“We saw signs of life out there,” Ferreras said. “The guide for my route pointed out where the supply bags had been opened, and in one case, everything was missing. In another, the supplies were strewn out. The traveling migrants only took what they needed.”

Ferreras learned about Border Angels when she took part in "Posada sin Fronteras," a public Christmas liturgy at the border, organized by several community organizations in Tijuana and San Diego. “I became involved because I had just left the Azure Hills Church to begin my Ph,D and it was a time in my life where I felt God calling me to meet my neighbors and to trust the journey God was leading me in after Azure Hills,” Ferreras said. She heard Enrique Morones talk about Border Angels and extend an invitation to volunteer. Ferreras has followed the organization since then.

“This is the first time I've gone out to the water drop, and I went on this weekend because this was my way of celebrating life, death, and resurrection,” she said. She wrote on the water jugs, "para que tengan vida, y para que la tengan en abundancia. Juan 10:10 ¡Bienvenidos! (That you might have life and have it more abundantly. John 10:10 Welcome!)

"..that they may have life." Jn10:10. Wherever there is tomb, we placed water in hope of tomorrow-Resurrection.#borderangels pic.twitter.com/3lw8roCpwX

Asked how she would respond to people in the Christian community who oppose providing aid to those entering the United States unlawfully, Ferreras pointed to Jesus. “The passion of Christ was people,” she said. “I see Jesus doing nothing less than protecting the life of ‘law-breaking’ people in his time and place.”

She questioned whose interests are served by laws that curtail immigration. “I think people need to educate themselves on the history of the U.S.-Mexico border and the militarization of the border—the fluctuation between offering work visas to migrants and the criminalization [of undocumented entry].”

Ferreras noted that the south has consistently provided cheap labor for the north. “These are laws that are invested in the wealth, life, and prosperity of a few at the expense of migrants who are looking for opportunity to work, provide for their families, and flee life-threatening contexts in some cases,” she said. “As a person of faith, I cannot ignore the desperation of people seeking ‘new life.’”

Opposition to helping the vulnerable and marginal does not surprise Ferreras. “That's what got Jesus capital punishment. As a disciple of Jesus, I am not afraid of what is 'lawful or unlawfu.' I'm afraid of losing my courage to lay down my life for the sake of the most vulnerable. How can offering a glass of water be condemned?”
She points to Jesus’ words about that in Matthew 25.

“Yeah, I'm giving aid to people who ‘enter the U.S. in an unlawful way’ because Jesus makes no distinction between them and me (My parents, who were Cuban immigrants, were granted political asylum).”