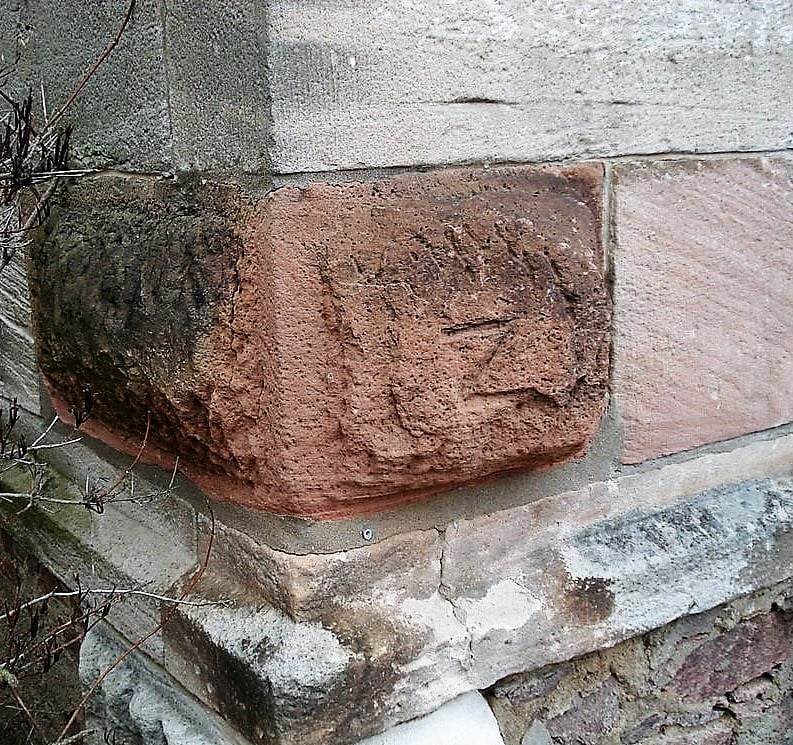 Peter was a man close to the earth. Because of his fishing background, he stated things plainly and was not afraid to say what needed to be said. And after denying Jesus, it seems that he was empowered to peel back the layers and reveal the heart of the matter. We see this at the sermon of Pentecost (Acts 2), and we see it in his epistle.

So, when he speaks of laying things to one side (1 Peter 2:1), he is keen that people do not make the same mistakes he did in denying his Lord. He likens people who are keen to grow in their spiritual life to being as eager for the Word as a newborn is frantic for its mother’s milk (v. 2). Then he switches metaphors to a building being constructed of living stones, all patterned on the living corner stone. He concludes his argument by asserting that the people he is addressing are special and “chosen,” with a story to tell.

First, the idea of laying things to one side: The writer of Hebrews uses the same expression when he encourages us to throw off everything that slows us down in the race that lies ahead (Heb 12:1). It is interesting that Peter makes this statement in the context of the contrast between the living and enduring word of God and the transitory nature of grass and wildflowers (1 Pet 1:23–25). The implication is that if we are not willing to get rid of some of the clutter in our lives, we may be as transitory as said grass and flowers.

Therefore, his list of clutter is noteworthy: The first is “trouble,” probably a summary of what is to follow. Staying clear of trouble is straight forward—if it can be recognized—but what comes next is interesting: “deceit,” or “cunning contrivance.” The original word is related to fish bait, which is no surprise coming from a fisherman. The whole object of the exercise is to deceive the fish with something that looks appealing but is intended only for its capture and consumption and has nothing to do with any benefit for the fish. Maybe the crusty old fisherman is surprised that in some circumstances people have no more brains than fish and are too easily captured by some scam or other.

He concludes the list with hypocrisy, envy, and slander, all of which relate to the way we interact with the people around us. Laying aside hypocrisy means that we give serious attention to how we present ourselves to others. Do people see us as the genuine article or as some fantasy or imaginary piece of fluff instead? We cannot live a lie. Nor can we pull others down to make ourselves appear better than we really are. Laying envy and slander aside means we respect people we come in contact with, rather than being constrained to destroy them with our acid tongues. How different would our online forums be if we took that to heart.

Peter continues his exhortation by referring to the eagerness of a newborn for its mother’s milk (1 Peter 2:2). When our first child arrived, and begun fussing, I would give him the “kiss test.” I would kiss one of his cheeks, and immediately, if it was hunger that made him irritable, every muscle in his face would twitch and turn towards my mouth as if that was where his nourishment would come from. It was then he became Mommy’s boy, and I handed him over to someone more qualified than I to deal with the crisis.

Maybe Peter thought similarly and recognized in hungry babies a parallel to new babies in Christ, all of their energy focused on devouring the Word. But the key issue here is not the cuteness of a baby at the breast. It is only expected that this is what a baby does to grow up  and to move beyond diapers and the constant feed-sleep cycle in order to progress through the life span. And just as food tastes acquired in our childhood remain lifelong favorites, now that we have tasted that the Lord is good, we desire more (v. 3).

Again, the metaphor changes, and instead of putting away clutter or nurturing a growing baby, the focus now moves to a building site, not just an ordinary building but a temple (vv. 4–8). The main feature is the cornerstone, without which the building would not be stable or safe. This stone is “living” (v. 4) but has been rejected by the builders, suggesting that the building is in jeopardy, for, without the stabilizing effect of the cornerstone, the other stones are not safe. It is only by the direct action of God that the invaluable stone is divinely chosen and set up (vv. 4, 6) so that all the “living stones” of the temple may find their place and complete the structure.

These words are also quoted by Jesus (Matt 21:42) who, in turn, quotes from the Psalms (118:22, 23). It is interesting to note that the context of the psalm is military victory and the praises of a grateful people/king who feel that God has given them a great deliverance. Salvation from their foes has become like the building of a temple, with God reinstating the cornerstone after the builders had rejected it (v. 22).

The battle described by Jesus and Peter is more of a spiritual warfare where people are either ashamed or honored (1 Peter 2:6–8). The focus of those opposite dynamics is Jesus, who either causes people to be offended and to stumble (v. 8) or to be solidly established and “never put to shame” (v. 6). Jesus expressed that dichotomy in different words: “Anyone who falls on this stone will be broken to pieces; anyone on whom it falls will be crushed” (Matt 21:44). In other words, “whoever finds their life will lose it, and whoever loses their life for my sake will find it” (Matt 10:39).

To further clarify his point, Peter now turns to a key statement first made during the Exodus: “You are a chosen people, a royal priesthood, a holy nation, God’s special possession” (1 Peter 2:9; Ex 19:5, 6). The remarkable fact about this statement is that it was made at Mt. Sinai, soon after the deliverance from Egypt and before the people could prove that they were of that quality or caliber. The significance is obvious. The description of the people is not primarily a physical reality but a reality of the grace of God. This is also hinted at in Peter’s passage when he describes Jesus as a living stone that is chosen and precious (vv. 4, 6), then he describes God’s people in similar terms—living stones (v. 5) who are chosen and precious (v. 9).

Calling God’s people “a royal priesthood” (v. 9) is significant. A priest is other-focused. He represents both God and the worshipper, and his motivation is to facilitate the mending of relationships between the two. So, when Peter comes to the last part of his argument, he makes the point that those who have been invited to come out of the darkness now have an obligation to literally make known God’s moral excellence (v. 9). Has the mercy of God as shown to us impacted us to the extent that we are prepared to share God’s mercy with others?

In summary, Peter likens Christian life to the nurturing of a baby, who is totally dependent on its mother for growth. Similarly, the “temple” that God is building with us is dependent on the cornerstone, Jesus. We recognize that, without Him, there is no future, and we accept God’s choice rather than that of builders who have rejected Him. We also recognize that God’s value and estimation of us is far greater than we deserve, and our response is to share our story and make known our gratitude to God for His mercy and goodness.