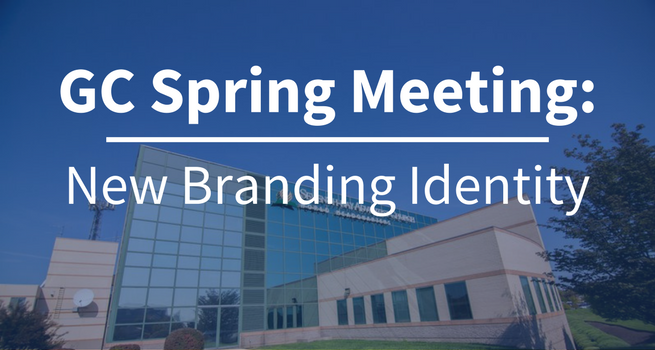 One of the surprisingly hot button topics at the Spring Meeting of the General Conference Executive Committee was the unveiling of a new Adventist branding identity. The Seventh-day Adventist symbol, which is owned by the General Conference Corporation and may only be used by official church entities, remains unchanged. The current symbol has been in use since 1997. The official font and design guidelines, however, have undergone extensive modifications.

The new sans-serif font, Noto Sans, which has been dubbed “Advent Sans” by the GC, is an open source font that will purportedly save the GC “millions of dollars.” The font was chosen specifically because it is available for free and works well in a variety of languages, thereby allowing for a unified look for all global Seventh-day Adventist churches and organizations.

Commissioned by Google, Noto Sans is currently the only universal typeface in the world and was just recently released for use. It took five years to design and covers over 800 languages. The GC says they adapted Noto Sans into “Advent Sans” by making “extensive modifications to the latin and cyrillic alphabets, and where applicable, we have made some recommendations for non-western character sets.”

A new seven-panel design grid – the “Creation Grid” – is to be used for all visual materials. The first six panels are open for the designer to use as she/he so chooses, while the seventh panel – the “Sabbath Column” – is reserved for the official symbol and a background that is “beautiful” and stands in contrast with the other six panels. The Adventist symbol is the “only non-background element that may be placed in the Sabbath column.”

Also new to the identity guidelines is the encouraged use of color. The previous identity system “restricted the coloration of the symbol and accompanying wordmarks,” but the new guidelines have no official color palette.

A new website, identity.adventist.org, was also unveiled and all in attendance were encouraged to go to the site to review the guidelines in more depth and to adopt them going forward.

GC legal counsel spoke to the committee about the importance of using the trademarked logo and design elements appropriately. To use them incorrectly is a violation of the trademark and could cause the trademark to be invalidated, cautioned Jennifer Gray, associate general counsel for the General Conference.

The discussion of trademark concerns seems timely considering the GC’s current legal battle with the Lillards, a Seventh-day Adventist couple who is being sued by the GC for selling Pathfinders gear that is emblazoned with the church’s logo.

After the new branding identity presentation, the floor was opened for questions from Executive Committee members, and several expressed concern, confusion, and frustration over the new guidelines. One commenter took issue with some of the examples used in the presentation, which included use of the new design on items including a cereal box, a veggie-meat can, and other items. The commenter reminded the audience that the working policy prohibits the name “Seventh-day Adventist” and the symbol from being used for commercial purposes. Williams Costa Jr, director of the communications department, apologized for his team’s creativity.

After expressing pleas that the Executive Committee be willing to work with the GC on this, Ted Wilson called for a vote. The vote passed, though there were several “nays” throughout the audience. Wilson noted the nays and called again for a willingness to work together to adhere to the new branding guidelines.