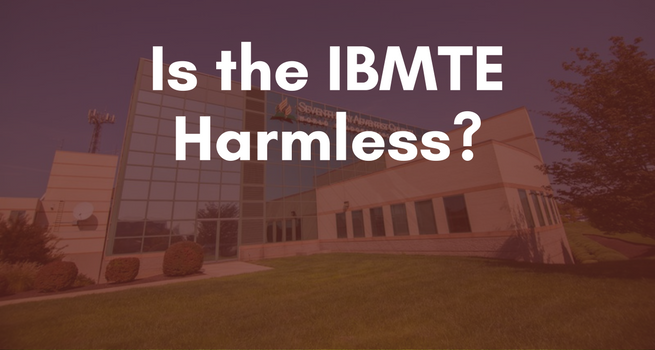 A week before publication, the two unnamed persons who are the subjects of this account received a copy of what appears below. —Charles Scriven

I can’t put a pretty face on this story. Except as human hearts bend toward contrition, there will be no happy ending.

Since December 15, 2016, I have been inviting two church officials with responsibilities related to Adventist higher education to make an actual response to criticism of a General Conference-sponsored effort to monitor, and possibly discipline, Adventist religion teachers for what and how they teach. The attempt has accomplished nothing. So far these officials (both members of IBMTE, or the church's International Board of Ministerial and Theological Education) show no interest in conversation.

A currently employed teacher of religion at an Adventist college in North America, Daryll Ward, has offered the only published analysis of the substance of the “endorsement initiative,” as this effort is called. Ward notes that the initiative would require Adventist college teachers to demonstrate, at five-year intervals, their alignment with some 35 pages(!) of official text that bear on what and how they teach. They would also have to submit all of their publications to official review by (at least in theory) bureaucratic entities outside of their employing educational institutions. Ward argues that the rationale for all of this is “self-contradictory,” “alien,” “vague” and “corrupting.” It is thus “a stunning betrayal of Adventist identity,” and raises, indeed, the question of whether “Rome has reclaimed another one of her separated Protestant brethren?”

This analysis may or may not be illuminating. By no plausible standard is it trivial.

In the hope that progress may still occur, I am not now naming the two officials. My first email, dated December 15, summarized Ward’s argument and made a single request. Within the church (see Matthew 18), and certainly within academia, disagreement calls for conversation. I therefore asked that “one or both of you offer (soon, and for publication with Spectrum or some other entity) a point-by-point analysis of Ward’s essay; either that, or use your influence to assure that someone who supports the endorsement initiative does so.” One other option, I said, would be an interview conducted by Alita Byrd of Spectrum.

I heard no response. Nor has anyone in Silver Spring acknowledged Daryll Ward and what he wrote. I would have thought that responsible leadership would say, “Wait a minute. You are one of us, and we respect you. But we think you are wrong, and here’s why.”

Church leaders know that the endorsement initiative disturbs Adventist religion teachers. In that light, I sent a second email on January 12, 2017, making my request again. In their own “self-reckoning,” I wondered, did these two realize how their “silence” concerning thoughtful criticism “constitutes a very costly self-indulgence?” I remarked that the Reformation, which we uphold as a providence of God, was largely shaped by “professorial dissent.” I noted, too, that “all our fallen minds are teeming with misunderstandings and self-delusion, not to mention grudges large or small, so that we all require, again and again, respectful correction by others.”

Invoking Matthew 18, I said further: “Spirit-led conversation that involves the centers of Adventist power is the church’s only hedge against cynicism, and against the pain and suffering it produces.” I even worried that the IBMTE’s initiative to monitor Adventist religion teachers from the top might hasten us toward “a papal, or even a totalitarian,” form of governance. “Vladimir Putin,” I said, “does not need to answer, or even to acknowledge, his critics.”

Again I said I would be grateful to hear from them. Again, neither responded.

On January 29, 2017, after telephoning the pertinent administrative assistants to confirm my contact information and to arrange to copy each of them on what I would be sending their bosses later that day, I sent a third email. I repeated some of what I’d said before (only a bit louder), and added that teachers and people like me live quite agreeably with church members we disagree with; we know that we need “exchanges with persons not ourselves, fundamentalist, conservative and otherwise; persons of any stripe who can nudge us out of our biases and sin.”

But what’s hard for us, I went on, “is effort to control thought from the top, and indifference to appeals for conversation.” How, I wondered, can we hold on to our sense of being a movement “if, despite the clear example of the Adventist pioneers, we stigmatize fresh thought and discourage exploratory conversation?”

This time one of the two officials did reply, assuring me that the year-long process for developing the endorsement initiative had been thorough and fair. But the official must know that this point in itself would be a matter of debate among Adventist educators. As for what I had asked about — the question of the substance of the endorsement initiative — he said nothing.

Later, some eight weeks ago now, I suggested in a fourth email to these church officials that a phone call might be in order. We could talk about these matters. I left my number; neither responded.

All this has been going on since December 16. By now someone will be marveling at my naiveté. How can I not get it when these leaders are blowing me off? Well, I have persisted because I do not relish the hypothesis their refusal suggests. It suggests either astonishing intellectual poverty at the top of church bureaucracy, or drift into ever more cynical authoritarianism. Either of these bodes ill for the church’s future. Can communities whose leaders are incapable of rigorous, out-in-the-open conversation keep their movements strong? Can communities that careen into religious authoritarianism maintain a capable membership, one ready to meet new challenges?

Shared convictions matter; boundaries matter. Any community must find a constructive way to discipline members who mock its values and tear down its solidarity.  But no community can afford the dazzlements of self-satisfaction. Nor can any community afford, over the long term, thoughtlessness and arrogance at the top.

I think the two persons I’ve been communicating with might agree with this last paragraph. Then why won’t they, or someone they delegate, stoop to the level of the rest of us and actually carry on a conversation?