The Dissolution of Regional Conferences: Another Perspective 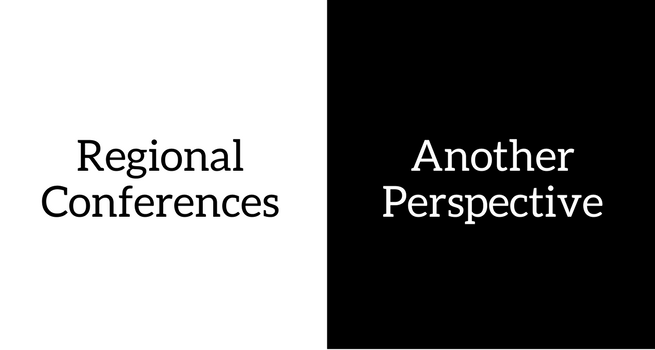 For several years now, I have listened with interest to arguments for and against the continued operation of regional conferences. Most of the arguments against their continued existence are these:

1.      Separate (so called “segregated” conferences) fly in the face of the biblical imperative of unity as outlined by our Lord and Savior in John 17.

2.      Separate conferences are relics of the past, are “sustained by ancient arguments and stories,” and are no longer relevant in post-civil rights America.

3.      Separate conferences result in the unnecessary waste of already scarce church resources, represent a needless duplication of effort, and are a continued “embarrassment” to the church while continually hampering its witness.

While such arguments generate significant support for the eradication of regional conferences, they fail to address deeper issues that demand consideration if the Seventh-day Adventist church is to be the organization God intends for it to be in these last days of earth’s history.

The relevant issues are summarized below.

The Issue of the Logical Solution

While some vehemently advocate for the dissolution of Seventh-day Adventist regional conferences, they appear to see no impediment (and in fact encourage) the formation of other ethnically responsive structural entities within the Seventh-day Adventist structure (i.e. unions of churches in Scandinavian and European countries).

Changes in the Seventh-day Adventist church structure resulting in the creation of ethnically sensitive entities does not automatically result in exclusionary behavior any more than their elimination will cure the cancer of racism. The creation of totally integrated conferences will also notresult in the dissolution of racially distinct churches.

People tend to gravitate toward and fellowship with persons of similar background, lifestyle, and socio-economic status. Preferences in worship style alone can result in the formation of unique congregations not because the attendees wish to exclude particular races or ethnicities but because they seek to support (and promulgate) a particular brand of Seventh-day Adventist Christianity that suits their taste, reaches the persons they are most likely to invite to church (and to Christ), and which satisfies their particular spiritual cravings.

Despite these realities, in virtually every passionate plea for the dissolution of regional conferences, the stated (or subliminal solution) is that regional conferences should dissolve operations and “come back home” to the “original” state (so called “regular”) conference. At NO TIME have I ever heard it proposed that predominately white state conferences dissolve their operations and join already established regional territories, a process that would be even more feasible than its highly espoused reverse solution.

The Issue (and Myth) of the Racially “Pure” Conference

The Issue of Ethnically-Focused Ministry

The Gospel Commission given to us by our Lord and Savior is a call to “preach the gospel” to “every nation, kindred, tongue, and people.” That call places upon each of us, whether members of a regional or state conference, to reach the lost, regardless of their racial make-up, socio-economic level, gender, or inherent sinful propensities.

In Acts chapter 2, the Lord sent (in answer to diligent prayer and heart searching) the Holy Spirit to temporarily eradicate the barrier of language from the evangelistic equation. Nationalities present in Jerusalem heard the preaching of the Cross by Jesus’ disciples “each in his own language.” As a result of this miraculous anointing by the Holy Spirit, new believers were fitted to depart from Jerusalem to carry the message of the salvation to their respective countries and local communities.

The challenge of the first-century church is not unlike our own. Theirs was a challenge involving chiefly a language barrier. The continuing challenge for the Seventh-day Adventist church includes not only language but also culture and socio-economic separation and stratification.

The apostle Paul himself, when commenting on the need for ethnically focused and responsive ministry, emphasized his need to be “a Jew” to the Jew and “a Greek” to the Greek, thus contextualizing his ministry approach for the sake of spreading the message of Christ beyond his provincial boundaries.

In a similar way, the overriding call (and purpose) of regional conferences is to reach the world with the message of a crucified, risen, and soon-coming Savior within the context of the Three Angels’ messages . . . with particular focus and concern for the needs of people of color. This purpose does not exclude any race from the “net” of salvation but merely targets people of color as its unique “catch.”

The Issue of the Awkward Question

Some have complained that the mere presence of regional conferences puts them in an “awkward” position of having to explain their existence.

When the question of why regional conferences exist arises, instead of apologizing for their existence, such questions provide a unique opportunity to explain to the honest inquirer:

1.      The Wisdom of God in creating diverse races of people in His creation (distinctions, by the way, that, in my understanding, will not be erased in the new earth) and the necessity to provide venues for their exercise of self-determination.

2.      The leading of the Lord in allowing for the creation of ethnically sensitive entities that address the particular needs of a racially diverse populous.

3.      The necessity of pastors and leaders in majority races to continually remain sensitive to the needs and concerns of racial minorities regardless of the structures in place.

As we journey toward the future, I remain open to “a better way” of performing effective ministry. I welcome calls to discuss such approaches if they are made with sincerity, humility, and with a recognition that all players in the debate sit at the table as equals. However, until that day arrives, we should continue to support (and explain when necessary) the origins, purpose, and continuing relevance of structural entities that not only pursue the Great Commission given to us by our Lord and Savior, Jesus Christ, but that do so in the context of racial inclusion and cooperation.